The Late Ariel Castro, Kidnapper and Rapist, Is ‘Saved’; Shows His Devotion to God One Last Time December 6, 2013 Terry Firma

The Late Ariel Castro, Kidnapper and Rapist, Is ‘Saved’; Shows His Devotion to God One Last Time

The serial kidnapper and rapist Ariel Castro hanged himself in his cell on September 3rd, a police investigation has confirmed. The report, released by Ohio law enforcement authorities on Wednesday, also confirmed something else: Castro’s devotion to God. 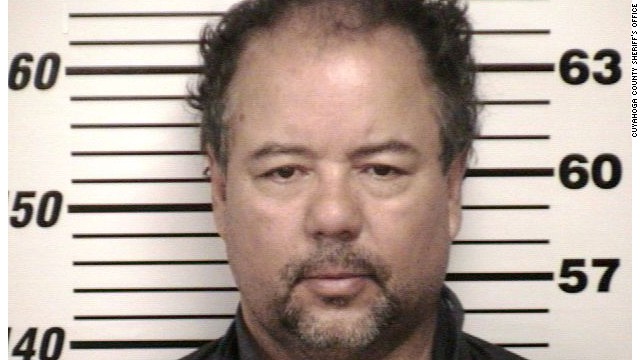 I noted earlier this year, shortly after his arrest in May, that Castro loved to praise the Lord. In his last Facebook status update before he was finally arrested, he wrote of how excited he was about the birth of his fifth grandchild and about the arrival of spring. He concluded

Castro had been enjoying additional religious musings on the day of his suicide. Investigators found a note

… invoking scripture and saying that those who confessed with their heart “will be saved.”

“God loves you,” Castro wrote in all capital letters, “for all are sinners, we all fall short of the glory of God. Christ is my saviour and yours!!“

All are sinners. See, he’s not so different from you and me, our Ariel.

“Neither height nor depth, nor anything else in all creation, will be able to separate us from the love of God that is in Christ Jesus our Lord.”

Castro was right, of course. Christian doctrine conveniently holds that as long as you invite Jesus into your life, salvation and eternal celestial bliss are sure to follow, no matter how you’ve lived your life. This is true even for lifelong torturers and genocidal murderers.

Christians themselves usually present forgiveness as a particularly fine feature of their faith. As I’ve argued here, it’s actually a bug.

December 6, 2013
After Putting His Initials on a Lawsuit Against a Preaching Teacher, a Young Atheist Outs Himself and Explains Why
Next Post