A ‘Ministry of Hospitality’… That Excludes Atheists December 5, 2013 Hemant Mehta

A ‘Ministry of Hospitality’… That Excludes Atheists

Daily Free Press, the student newspaper at Boston University, recently ran an article about the religious diversity on campus with a spotlight on the Interfaith Council:

[University Chaplain for International Students Rev. Brittany] Longsdorf also explained that there are multiple resources available for students to explore their faith, learn about other faiths, or even just voice their opinions.

Just one problem with that. When the Humanists of Boston University applied for inclusion in the Religious Life Council on campus, they were rejected. And can you really be interfaith when “none of the above” isn’t even an option on the menu? 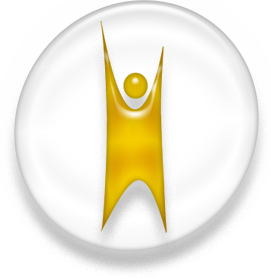 Group founder John James McCargar wrote a letter to the newspaper letting them know about this omission:

The “ministry of hospitality” turned out to be a special privilege afforded only to certain sorts of students, namely those holding belief in a higher power. The rest of us are denied the sanction and resources of the campus chaplaincy. Our Humanist community, BU seemed to say, was undeserving of aid or acknowledgement.

… it’s time to reexamine the purpose of a campus chapel, and make sure that chapel resources are delegated so as to support the ethical and personal development of as many students as possible.

Atheist students may eschew belief in the supernatural, but we are as firm as anyone in our belief that community matters. I am hopeful that Marsh Chapel will reconsider its exclusion of Humanism from the religious council, and make good on its promise to minister to students of every path, including the godless ones.

We can have a debate over whether atheists should even want to be included in such a mix, but it’s hard to argue against the idea that atheists, too, should have access to counselors and trained chaplains who can help us through the tougher times in our lives and speak a language that makes sense to us.

December 5, 2013
Desperate HIV Patients Donate to Church So That the Pastor Will Destroy Their Medication — and Pray For Them Instead
Next Post

December 5, 2013 Beyond Belief: If Lawmakers Get Their Wish, Islamic Flags and Prayer Banners Will Be a Fixture of Ohio Schools
Browse Our Archives
What Are Your Thoughts?leave a comment