Man Survives Shipwreck; He and News Media Play It As a Bona Fide Miracle, Despite the Death of His 11 Colleagues December 4, 2013 Terry Firma

Man Survives Shipwreck; He and News Media Play It As a Bona Fide Miracle, Despite the Death of His 11 Colleagues

More than six months ago, a Nigerian man was found alive in a fully submerged shipwreck, three days after his boat went down. The story of Harrison Odjegba Okene is back in the news because now there’s footage of the incredible rescue. 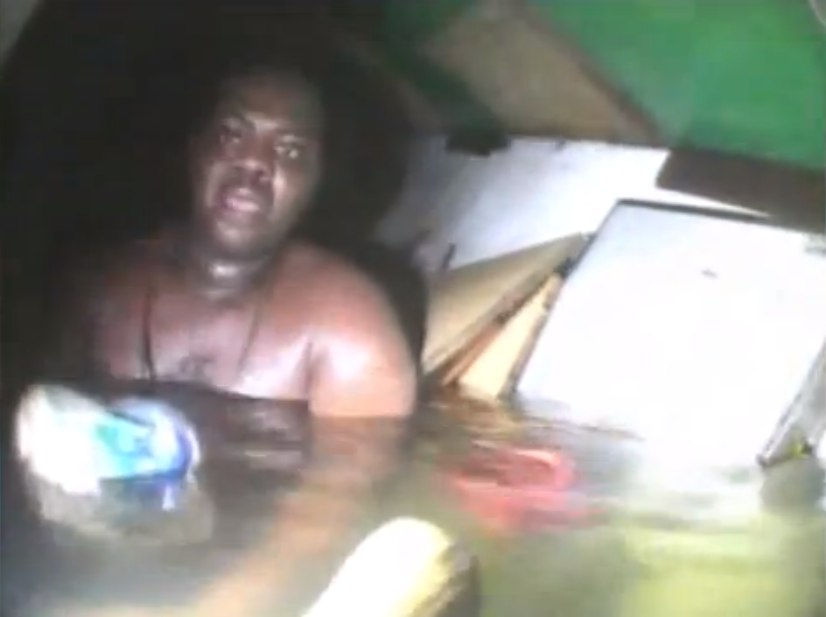 About 100 feet down, on the bottom of the Atlantic Ocean, divers had already pulled four bodies out of the sunken tugboat. Then a hand appeared on a TV screen monitoring the recovery. Everyone assumed it was another corpse, and the diver moved toward it.

“But when he went to grab the hand, the hand grabbed him!” Tony Walker, project manager for the Dutch company DCN Diving, said of the rescue in May.

Harrison Odjegba Okene, the tug’s Nigerian cook, had survived for three days by breathing an ever-dwindling supply of oxygen in an air pocket.

As the temperature dropped to freezing, Okene, dressed only in boxer shorts, recited a psalm his wife had sent him earlier by text message, sometimes called the Prayer for Deliverance. “Oh, God, by your name, save me. … The Lord sustains my life.”

To this day, Okene believes his rescue after 72 hours underwater was the result of divine deliverance.

The celestial assistance only went so far, though.

The 11 other seamen aboard the tug Jascon 4 died

… and the cook, shivering in his air pocket, listened to one or several them being devoured by what sounded like sharks.

Mr. Okene is a very lucky man, and I’m sincerely happy for him and his family that he finally made it out alive.

I do think, however, that he might owe slightly more thanks to the skilled diving team that, at not inconsiderable risk, saved his life, than to the deity who saw fit to drown eleven of his perhaps equally-devout colleagues.

Just as the Almighty is praised by name, shouldn’t we acknowledge the individual rescuers, too? The news media didn’t, as that would probably take away from the “divine miracle” angle they chose to play instead.

December 4, 2013
Senator Mark Pryor's Latest Campaign Ad is All About How Much He Loves the Bible
Next Post

December 4, 2013 Perhaps in Response to Bad Christian Tippers, Someone's Anonymously Leaving Incredible 'Tips for Jesus'
Browse Our Archives
What Are Your Thoughts?leave a comment