Dutch Scrap One Anti-Blasphemy Law but Keep Another Intact 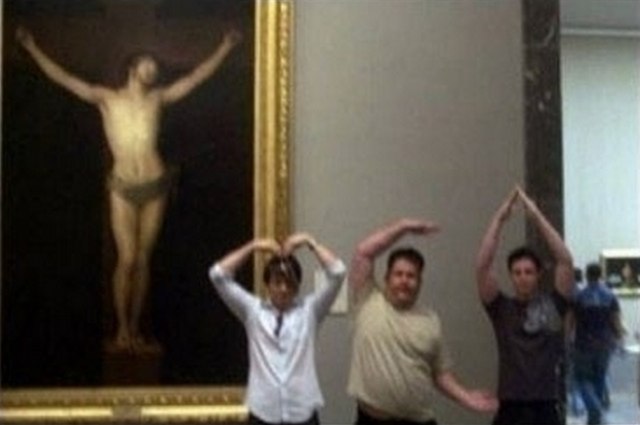 It was never very popular. In fact, the law proved toothless in practice. In 1966, gay Catholic novelist Gerard van het Reve was prosecuted for a passage in Nearer To Thee, in which he imagined God will appear on Earth in the form of a donkey,

The judges ruled that van het Reve had indeed committed blasphemy, but because the law stated that only “scornful blasphemy” could be punished, and the court considered the scornful nature of the passage unproven, he was acquitted.

After that, despite several attempts by people of faith to have other alleged blasphemers prosecuted, the courts tended to steer clear of the statute.

It received one final endorsement in 2004, soon after the coldblooded murder of film maker Theo van Gogh by an Islamist zealot. By calling for a “reanimation” of Article 147, and implying that van Gogh should never have insulted Islam, then-Minister of Justice Jan-Hein Donner veered dangerously close to saying that van Gogh had brought the slaughter upon himself. Ironically, Donner’s controversial words were just the nudge that the Dutch Parliament needed to — slowly — go exactly the other way. Today, nine years and many late-night discussions later, Article 147 is gone.

Remarkably, another statute, Article 136c, remains in full effect. The Christian parties in the Netherlands have even talked of “strengthening” it. 136c reads, in full:

1. He who publicly and deliberately — whether orally, in writing, or through the production of images — insults a group of people because of their race, their religion or their core belief, their hetero- or homosexual orientation, or their physical or mental handicap, will be punished with a prison term of no more than a year or a monetary fine of the third category.

2. Should the infraction be committed by a person who has made this a habit or his profession, or by two or more persons acting jointly, the punishment will be a prison term of no more than two years or a monetary fine of the fourth category.

First of all, it’s incredibly illogical to pretend that God-belief — something that one ultimately chooses — falls in the same category as being black or being a quadriplegic.

Secondly, an insult being very much in the eye of the beholder, the remaining law means that in the Netherlands, Hemant and I could be arrested over and over, virtually every day, for the articles we publish on this site. And countless others could too.

Now, I doubt that the famously secular-minded Dutch will suddenly begin prosecuting people for saying not-nice things about religious folks (even the prosecution of anti-Islamic firebrand Geert Wilders was mercifully unsuccessful). Most likely, nothing will change.

Still, while the lowlanders are currently in a happy, self-congratulatory mood, they’re neglecting to realize that their work is only half done. Repealing one blasphemy law while blithely leaving another intact is like a diabetic crowing that he’s no longer gorging himself on chocolate, while neglecting to mention his ongoing addiction to Twinkies.

I hope that the Dutch are willing to go back and finish the job. Check this space for an update in — oh, about nine years or so.

December 3, 2013 The Humanism in Hip-Hop
Browse Our Archives
What Are Your Thoughts?leave a comment