Brian Pallister is the leader of the Progressive Conservative Party of Manitoba, and you may recall his recent impromptu holiday greeting to blogger Natalie Pollock: 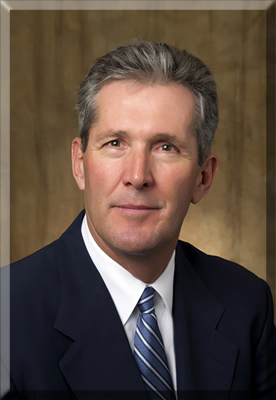 … I wanted to wish everyone a really really Merry Christmas, Happy Hannukah, all the holiday… all you infidel atheists out there, I want to wish you the very best, also. I don’t know what you celebrate during the holiday season — I myself celebrate the birth of Christ — but it’s your choice, and I respect your choice. If you wish to celebrate nothing and just get together with friends, that’s good, too. All the best.

I wrote the other day that it struck me as “sincere-though-somewhat-sarcastic.” Pallister would have been better off avoiding the word “infidel” and not suggesting that atheists “celebrate nothing” — but I didn’t sense any malice. (Though commenters on YouTube and other websites found reason to criticize him.)

Yesterday, Pallister half-heartedly apologized for his comments, though he was mostly upset that anyone took him out of context:

“What I was trying to do there was include everyone in my best wishes over the holidays,” said Pallister. “Very often what we do is we say Merry Christmas, or we say something that limits our expression of well wishes to just people of faith.”

Pallister said he used the word infidel to mean “non-believer,” which is actually one of its meanings.

“I used a word that means what it means. Look it up in Websters,” said Pallister. “It’s a word that is used by some, I don’t think as much in Canada, but used elsewhere in an inflammatory way and that wasn’t my intention.”

Pallister expressed regret to those who may have been offended.

“I regret any time there’s a reaction like this,” he said.

It’s not really an apology, but I accept it, anyway. He meant well. And I hope he learned a little something about atheists along the way.

Local atheist leaders appreciated the outreach but they also corrected Pallister where appropriate:

Donna Harris, president of Humanists, Atheists, and Agnostics of Manitoba (HAAM), said trying to be inclusive is a valid goal but politicians should be more careful about how they portray an estimated 15% to 20% of Manitobans who identify themselves as non-religious.

“My initial reaction was disappointment and felling a little insulted,” said Harris. “The word infidel does have a negative connotation.”

“No one takes that statement literally anymore, or at least they shouldn’t,” said Newman. “It troubles me more that he says atheists don’t believe in anything. The claim seems to imply that the only thing one can believe in is religion.”

I love how this is one of the nastier things you’ll ever hear a Canadian politician say about atheists. If only that were also the case in the United States.

December 3, 2013
Does It Make Sense to Be a Pro-Life Atheist?
Next Post

December 3, 2013 We Raised More Than $3,000 for the Morton Grove Park District and They Rejected It
Browse Our Archives
What Are Your Thoughts?leave a comment