South Carolina County’s Churches Demand to Be ‘Protected’ From Bars

“It doesn’t offer any protection!” moral-panics his colleague Dick Lincoln.

Why are religious officials in Richland County, South Carolina fuming? They’re up in arms over the county’s proposal to do away with restrictions stipulating that bars have to be at least 600 feet from the nearest church.

The change would allow bars to open next door to congregations in some unincorporated areas if a majority of the 11 council members end the minimum 600-foot setback — slightly more than a tenth of a mile.

It is aimed at “storefront churches” that are popping up increasingly in traditional business locations like strip malls and near warehouses, said Councilman Norman Jackson of Lower Richland, who proposed the change. That is creating unintended limits on where bars can locate, Jackson said. 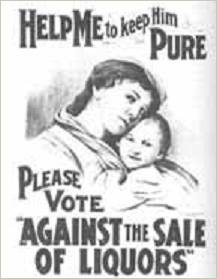 It’s probably a measure of my advanced godlessness that I can’t think of a single compelling reason why churches should be “protected,” by secular law, from having a bar next door (or within 600 feet, or any other arbitrary distance). Actual public nuisance caused by paying customers, such as potentially excessive noise, can be addressed by ordinances that are on the books in every functioning municipality in the United States.

Pastors and congregations who prejudge bar patrons, and who pretend that there is something inherently wrong and sinful about them, don’t strike me as very fair, kind, or reasonable.

And why do churches deserve special consideration from lawmakers that no other enterprise is entitled to?

Let’s say I run a day spa in which quietude is part of the experience, and that the watering hole next door often plays music with the windows open. In such a situation, I’m going to try to reach some kind of understanding or accord with the owners of that establishment. That’s how most adults do it: they work it out as best they can. If I’m not a jerk with an entitlement complex, I won’t be indignantly insisting that the local government owes it to me and my clients to write a custom-tailored law, including special protections, for my category of business.

Yesterday, the Richland County council voted to send Norman Jackson‘s proposal back to the planning department for fine-tuning. I hope the eventual solution will be of the to-each-his-own variety, where church aficionados do their thing, nearby bar visitors do theirs, and neither group seeks to infect the other with its cooties.

November 27, 2013
Can Corporations Have Religious Beliefs? The Supreme Court Will Soon Answer That Question
Next Post

November 27, 2013 Guess Who Altered the Wikipedia Page of an Evolution-Denying Congressman...?
Browse Our Archives
What Are Your Thoughts?leave a comment