In Downtown Chicago, Near a Life-Size Nativity Scene, a Scarlet ‘A’ Goes Up Alongside an Atheist Banner November 26, 2013 Hemant Mehta

In Downtown Chicago, Near a Life-Size Nativity Scene, a Scarlet ‘A’ Goes Up Alongside an Atheist Banner

If you happen to visit the life-size Nativity Scene in downtown Chicago’s Daley Plaza (on Dearborn and Washington), don’t forget to also stop by the local chapter of the Freedom From Religion Foundation’s new 8.5-foot-tall Scarlet A which stands alongside a new banner. Both were unveiled this morning: 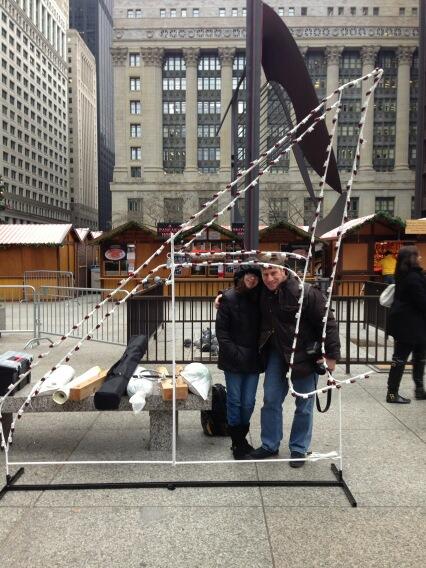 Both displays will be up through the end of the month, as part of the city’s 18th annual Christkindlmarket.