After Coming Out As An Atheist, I Was Shunned by My Mother November 25, 2013 Hemant Mehta

After Coming Out As An Atheist, I Was Shunned by My Mother

This is a guest post by Catherine Dunphy. Dunphy is the Executive Director of the Clergy Project. 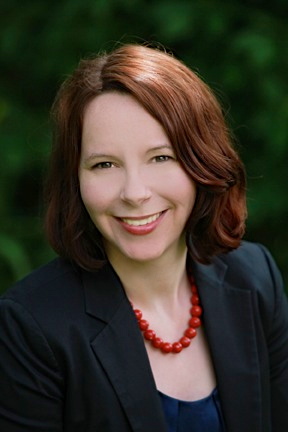 I’ve thought quite a bit over the past two years about the concept of shunning in religious families. It’s been in the back of my mind for a long time, a consequence that I knew I’d eventually have to face when my mother discovered the Clergy Project. I knew that the stakes would be high and that my mother’s religious beliefs would ultimately be an obstacle to our relationship.

On many occasions over the past decade, I have spoken briefly with her about my lack of faith. Though I never lied to her, I admit that I attempted to downplay my atheist activism. My efforts were to ensure transparency, but also to limit the details and frequency of these conversations so that we could carve out space where our relationship could thrive. It was, I had thought, a happy but uncomfortable truce.

Unfortunately, this strategy came crashing down a few short weeks ago, just before my birthday.

One thing you should know about my mother is that she is a deeply religious person — her adherence to Roman Catholic orthodoxy is consistent, her faith unshakeable, and her demand for capitulation absolute. Growing up in this Catholic home was an exercise in extreme limits. The scala naturae, or “great chain of being,” dictated that my parents — in particular, my mother — had absolute authority over their children. The only authority to which my mother submitted, was that of the Church, and therefore God.

As a child, I didn’t know that praying the rosary on my knees every night was an out-of-the-ordinary event, that saying novenas was not a spare-time activity, and that other children did not feel shame and guilt for the crucifixion and death of Jesus. In all aspects, I was an indoctrinated child.

I can remember the feel of the glassy rosary beads between my fingers. The repetitive nature of the call and response prayer was calming. The rosary would often come apart as I clutched the beads in my hands, intent in prayer. My mind and heart were focused on contrition as I sought the calming presence of the hand of God with each repeated Hail Mary.

Holy Mary, mother of God, pray for us sinners, now and at the hour of our deaths, Amen.

I called upon the Holy Mother to intercede on my behalf, despite my unworthiness, and knew that the only salvation for my sinfulness was penitence. Sadly, this pattern of extreme religious adherence plagued me until I went to college and began studying Theology. Slowly, reason began to infiltrate the medieval worldview in which I had been raised. Life on the outside was at once thought-provoking, exciting, and terrifying. My transformation from theist to atheist took many years and incarnations, but a constant threat to my personal development and intellectual growth was the interpretation and criticism of my mother.

Despite all of this, I confronted the fear honestly and told her that I was no longer a believer before I completed my Masters. Given the limited discussion over the years, I thought her silence was the expression of her commitment to our relationship. Sadly, I now think that she just misunderstood and was waiting for the right time to confront me.

The day before my birthday, my mother took me to dinner, just the two of us. I expected an easy-going conversation about getting older, life changes, etc. But that wasn’t what happened.

Almost immediately after we ordered, she jumped to the conversation of morality. I attempted to distract her and downplay her adversarial tone, but that failed as she sternly focused on my liberal transgressions and my rejection of Catholic orthodoxy. It quickly became apparent that she was very angry and that she had discussed my apostasy with someone else — most likely a priest. In her opinion, I didn’t receive the “right kind of theological training” and my loss of faith was the fault of my educators. I attempted to dissuade her from this conversation, to make light of it and move on, but she couldn’t let it go. My ideas and values were contrary to Catholicism, so the critique continued. According to her, my family and I were immoral, decrepit, and godless. (She was one for three.) The worse transgression, in her opinion, was that my actions were an affront to her status, and I owed her the decency of coming back to the faith. I attempted to appease her without compromising my integrity but unfortunately she interpreted this as a continuation of my “abhorrent and disrespectful behavior.” I tried again and again to negotiate common ground, but after being confronted by continually escalating histrionics, in which she characterized me as “the devil” and declared my husband and I to be “immoral,” I recognized the cold fact that her faith was more important to her than our relationship.

I am not the only member of the Clergy Project — or in the wider atheist community — who has experienced this kind of reaction from a family member regarding their non-belief. The impact on personal relationships is one of the biggest deterrents for Clergy Project members coming out as atheist. It is naive to underestimate the motivation that one feels to sustain primary relationships. It’s a sad testament to the power of religious indoctrination that some believers will sacrifice relationships because they are unwilling or unable to recognize that a change in belief has not irrevocably altered the person that they love.

For Clergy Project members and for atheists who have struggled with religious family members, the sting of shunning may remain, but the ability to cope can be buttressed by the support of a community of peers. My mother perceives me as an outsider and this perception, however artificial, delineates a clear end to our relationship — but that doesn’t mean I can’t get past it.

It hurts to acknowledge the role that religion and religious indoctrination has had in my personal life and my primary relationships. Still, moving forward, I can only mourn, accept, and refuse to allow religious dysfunction to infiltrate my gratitude for my life, my family and my community.

A version of this post will appear in an upcoming book about the Clergy Project and its members.

November 25, 2013
Painted Into a Corner, Catholic Bishops May Have Found a Way to Comply with the HHS Contraception Mandate
Next Post

November 25, 2013 New Atheist Billboards Explain How Disaster Victims Don't Need Religion, Bibles, or Prayer
Browse Our Archives
What Are Your Thoughts?leave a comment