Have you ever thought about reading the Bible and then thought to yourself “Naw, that writing is the worst!”

Well, you wouldn’t be wrong, and we have a solution for you!

Jacob Fortin of The Good Atheist fame is working on translating (for lack of a better word) the Bible into regular human words that are compelling, funny, yet still aligned with the original texts. Here’s a preview:

In the beginning of everything that ever was, God created the heavens and the Earth. A boring, formless mass of liquid cloaked in darkness, the Earth had relatively low property value but tons of potential. The Spirit of God, hovering above it like a comic book villain, said “Let there be light” and the whole place lit up magically without any point of origin. To ensure this bright new creation would forever be different from the black void, the Creator named one of them ‘light’ and the other ‘darkness’. God saw what he had done, and needless to say, was extremely impressed with himself [I mean, wouldn’t you be?].

Awesome — the whole book of Genesis is ready to go and can be found here.

It’s wonderfully written and will feature some awesome original drawings by Fortin, too.

The book is due out in March, but he needs one more financial bump to get it out in time, so he’s doing what any of us would to raise a few bucks: Holding a telethon. 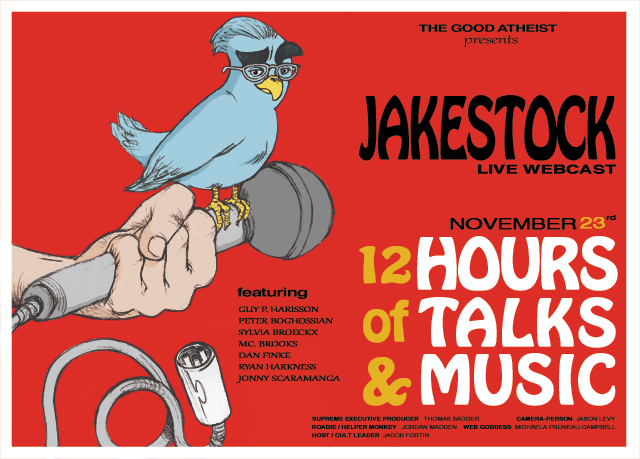 Twelve hours, guys! What can you expect in those 12 hours?

There will also be special musical guests, a preview of Fortin’s cooking show, an older pilot that he filmed and all sorts of delightful entertainments.

In exchange for donations, he’ll be also offering prizes, like this kick-ass t-shirt: 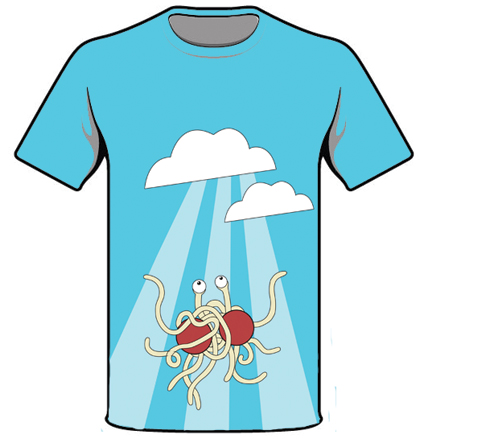 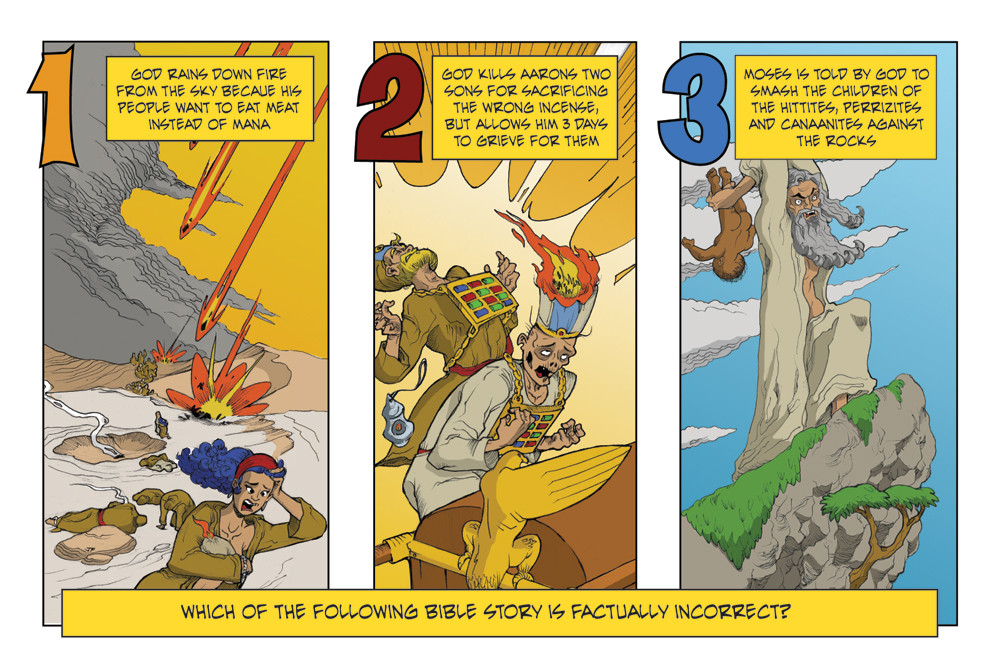 For the record, I do not know the answer.

The telethon is this Saturday, November 23, from noon to midnight (ET) and Jacob is accepting donations via credit card or PayPal. You can tune in at JacobFortin.com or on his YouTube channel — see ya there!