Video: Screaming Eight-Year-Old Boy Is Terrified His Atheist Mom Is Going To Hell

My kids are 8 and 11 years old. You’d better believe that neither of them are allowed to scream at my wife or me like the boy in this video does when he confronts his atheist mom. (Interestingly enough, he’s called Christian, and he sure acts like he identifies with that name’s literal meaning.)

In the video, Christian is despondent because he’s certain his mother will go to hell. His terror is fresh, because she’s only just told him that she doesn’t believe in God. We don’t know who filled the boy’s head with tales of a Creator and heaven and hell. His dad? Grandparents? Schoolmates? I suppose it no longer matters. The idea has taken root deeply, or he wouldn’t react with this level of wailing and hair-tearing. 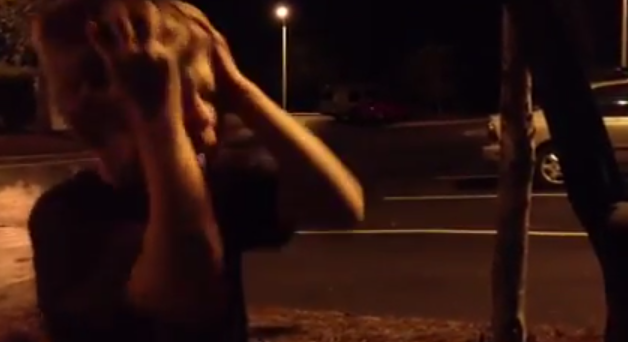 Not to claim I have all the answers (far from it), but here are a couple of parenting suggestions.

It’s reasonable (make that crucial) to get a child to calm down before you can even begin to have a fruitful exchange. That goes double for conversations about creation/evolution, life and death, the afterlife, and other big metaphysical issues.

If you have kids, the query about who created the world is bound to come up, so it’s probably good to have an answer ready — a better answer than the one offered by Christian’s mom, YouTuber msalicatty: “You’ll learn about that in biology class.”

Her preliminary response could have been, “I think maybe the question is, what created the world. It’s a really fascinating topic — it’s smart of you to raise it. Let’s talk about it tomorrow, after we look at Wikipedia together for some possible answers, and check out a few online videos by this really cool astronomer named Carl Sagan.”

But I’m Monday-morning quarterbacking here — and besides, msalicatty knows she didn’t handle it well. That’s why she’s asking for advice.

Got some to offer? How would you have reacted?

November 21, 2013
Guess How These Catholic Groups Are Helping Typhoon Survivors in the Philippines
Next Post