Frederick Sanger, the two-time Nobel Prize winner, died on Tuesday at the age of 95: 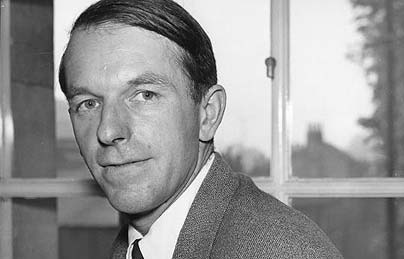 It was remarkable what he accomplished in his career:

Dr. Sanger won his first Nobel Prize, in chemistry, in 1958 for showing how amino acids link together to form insulin. The discovery gave scientists the tools to analyze any protein in the body.

In 1980 he received his second Nobel, also in chemistry, for inventing a method of “reading” the molecular letters that make up the genetic code. This discovery was crucial to the development of biotechnology drugs and provided the basic tool kit for decoding the entire human genome two decades later.

The reason I bring this up is because the New York Times included an interesting tidbit in his obituary:

… Raised as a Quaker, he was a conscientious objector on religious grounds during World War II and remained at Cambridge in those years to work on his doctorate, which he received in 1943.

Later in life, however, he became an agnostic, saying he lacked hard evidence to support his religious beliefs.

“In science, you have to be so careful about truth,” he said. “You are studying truth and have to prove everything. I found that it was difficult to believe all the things associated with religion.”

That seems to be the case quite often in fields where the ability to think critically and back up your ideas with solid evidence are premium requirements for success.

(Thanks to Masada for the link)

November 22, 2013 A Dramatization of a Message Written on a Christian Forum
Browse Our Archives
What Are Your Thoughts?leave a comment