In the Event of a Tornado, Saying a Prayer Isn’t on the List of Survival Strategies November 20, 2013 Hemant Mehta

In the Event of a Tornado, Saying a Prayer Isn’t on the List of Survival Strategies

Things that will help you in the event of an impending tornado:

Getting the hell out of wherever you are (if time permits).

Going into an underground bunker or basement.

Moving to a windowless area.

Things that will not help you in the event of an impending tornado:

Praying to God, as Anthony Khoury did over the weekend when a tornado hit his area in central Illinois: 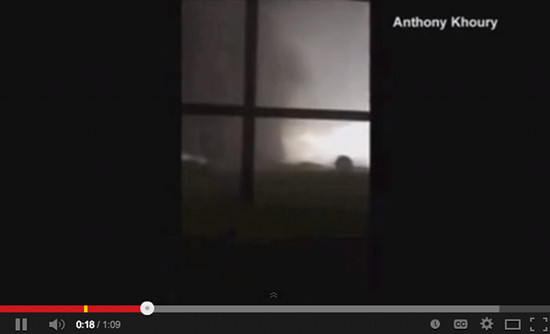 His home was spared — and I’m grateful for that — but anyone not taken in by the story will tell you that had nothing to do with the guiding hands of God.

Memo to reporters covering this video: If you interview someone defending Khoury, who believes God spared him and his home, please ask that person why God wanted to destroy the rest of central Illinois. That would be riveting television.

November 20, 2013
9 Reasons Why the Sunday Assembly is Not an 'Atheist Megachurch'
Next Post

November 20, 2013 Vatican Will Display Unauthenticated Bone Fragments It Claims Are Saint Peter's
Browse Our Archives
What Are Your Thoughts?leave a comment