Ben Blatt and Nicholas Duchesne of Slate put together an animation showing the various characteristics of the world’s richest people — their ages, genders, sources of wealth, etc.

So you know I had to click on the “Religion” tab: 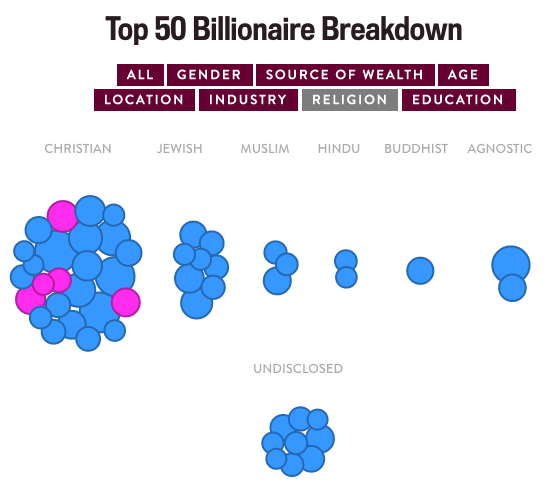 Those two are Warren Buffett (who is indeed Agnostic) and Google’s Larry Page, who, while not Jewish, hasn’t openly disclosed his religious beliefs as far as I can tell.

But what about Bill Gates? Wasn’t he even used by atheists in a billboard campaign?

The Slate animation puts Gates in the Christian category: 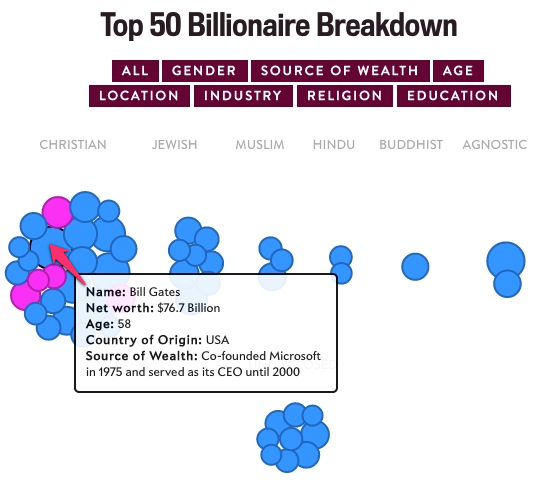 This is the same Gates who has said there’s no evidence for concepts like a soul and said in a 1995 interview:

In terms of doing things I take a fairly scientific approach to why things happen and how they happen. I don’t know if there’s a god or not, but I think religious principles are quite valid.

Certainly doesn’t strike me as Christian.

And what about Mark Zuckerberg? He’s listed as Jewish: 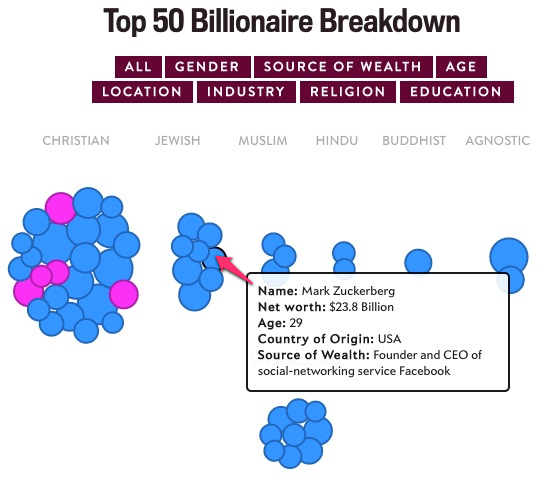 I’m assuming the only research done here was looking at his last name since everything I can find online points to Zuckerberg being an atheist.

There are no citations given for how the authors concluded the billionaires’ religious beliefs, which doesn’t help, but it seems clear to me that the number of openly non-religious billionaires on this list is seriously underestimated.

Slate should make the corrections immediately.

November 19, 2013
How Atheists Can Help Victims of Typhoon Haiyan
Next Post