Myrtle Grove Christian School in Wilmington, North Carolina says its “students thrive in a nurturing Christian environment,” but apparently that only applies to straight students with a mommy and a daddy. 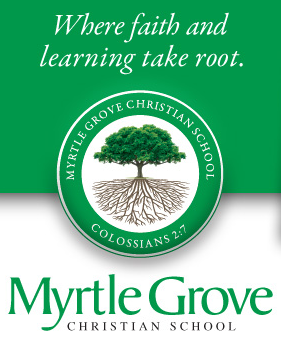 A new school policy, announced Wednesday via a letter sent to parents, reserves the right to deny admission to any student whose “home life” opposes or counters biblical principles — for example, any practice or support of homosexuality.

Here’s the portion of the official statement from the school barring any child with gay “influences” from attending. First, the “moral reasoning” behind such a decision:

An integral part of Myrtle Grove Christian School’s mission is to foster spiritual development and a biblical worldview in the lives of its students. This includes leading students to develop a biblical understanding of morality and to pursue a life that is governed by the biblical moral code. The school works in partnership with families to achieve these desired outcomes, which necessitates that both the school and home come under the authority of God for the benefit of the student.

(For the record, I can name a number of high-profile Christians whose lives are most certainly not governed by a “biblical moral code,” if by any moral code at all. But how much can we trust the Bible on morality, anyway?)

Then, the official kicking-out of the gays:

For this reason, the school reserves the right, within its sole discretion, to refuse admission of an applicant or to discontinue enrollment of a student if the atmosphere or conduct within a particular home or the activities of the student are counter to or are in opposition to the biblical lifestyle the school teaches. This includes, but is not necessarily limited to, participating in, supporting, or affirming sexual immorality, homosexual activity, or bisexual activity; promoting such practices; or being unable to support the moral principles of the school.

It is beyond me how school officials would go about finding out this information about a child, which might be the most frightening part. Sure, if a kid shows up on the first day of class with two moms, that’ll do it, but where does it stop? Is the principal sneaking around to figure out who has a gay uncle? Searching social networks to see which female students have girlfriends? Personally, I wouldn’t put it past them.

The letter from the school is quick to denounce “our culture” for its increasing acceptance of LGBT people, even if administrators don’t want to say outright that they’re blatantly homophobic:

As our culture’s view of morality has shifted further and further away from a biblical understanding, our school board has had to consider the limits of school-family partnerships within that culture. The question is, at what point are a family’s moral affirmations or lifestyles far enough away from the biblical center that we cannot hold hands in partnership?

This phrasing clearly targets children with same-sex parents, though the policy will of course affect LGBT students (or those perceived to be LGBT) themselves. Oh, and last, but not least, MGCS wants you to know that it’s not homophobic. No, really. No problems here. Just doing what the Bible said:

This policy should not be construed as a universal statement on how the Christian community should relate with the world or address issues of morality. It is certainly not intended as a statement of condemnation. MGCS is well known as a community of grace, and we freely extend that grace to all of our neighbors.

But we are also well known as an institution which stands firmly on the truth of the Holy Bible, and we will always be governed by its principles.

Nope, nope, nope. This doesn’t even fall into the love-the-sinner-hate-the-sin category that most anti-gay Christian rhetoric tries to cling to in the hopes of seeming a little more relevant. This is telling LGBT kids and their parents outright that they are not welcome in this community, and that one interpretation of one antiquated book is more important than their families and their children’s education.

As is always the case with these types of stories, I’m left with one overarching question: Why in the world would same-sex parents want to send their kids to a school like this in the first place?

(Thanks to Lee for the link)

November 15, 2013
Apply for the 2014 American Atheists Scholarship!
Next Post