What were administrators at Richardson High School thinking?

Yesterday, the Dallas, Texas-based school brought in motivational speaker Justin Lookadoo to speak to the students. His topic? Well, let’s just say his website reminds us that he’s a self-proclaimed expert in telling girls and boys how to become “dateable”… which really means being straight, Christian, and just like him:

So how do we become more dateable?

Check out some of his advice for girls:

His advice for guys isn’t any better:

Great. A man who graduated from Mark Driscoll‘s Charm School.

Seriously: What the hell were the administrators thinking when they brought him in to speak to students?! (Answer: They weren’t.)

The assembly was “optional” but only after parents complained about it and in name only (some students are saying they were never told they had a choice of attending). But think about that: Even after parents and students raised their concerns to school officials, they allowed the assembly to go on as planned!

Oh, by the way, here’s a page from Lookadoo’s book: 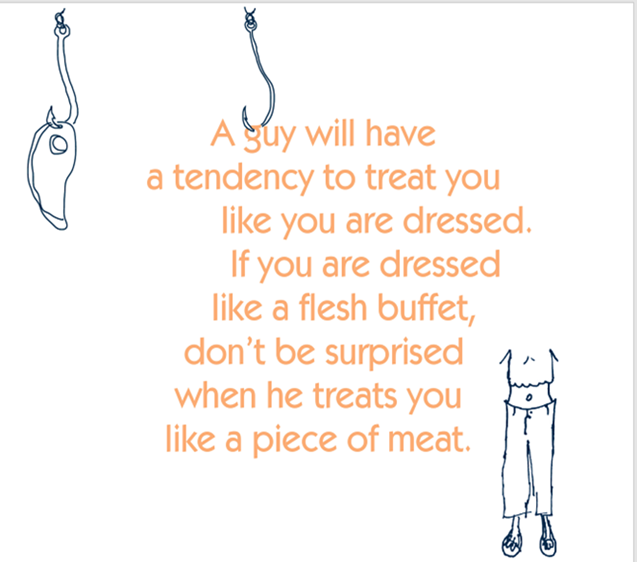 Because when a guy treats a girl like shit, it’s her fault.

Here’s the best part of the whole debacle, though: The students who had to listen to this awful-excuse-for-a-dating-guru made the most of the situation… in a childish way that’s nonetheless hilarious. They began talking about the assemblies using the hashtag #Lookadouche:

At this rate, our speaker on Friday will be Ritchie Incognito #Lookadouche

I love that RISD has a no tolerance on bullying and they brought in a bully to motivate us. #datablegirlsknowwhentoshutup #lookadouche

Are we allowed to ask questions at this assembly? If so, is "fuck you" a question?

This dude asks if we use Twitter… He has no idea

Oh, by the way, Lookadoo once spoke at a summer camp affiliated with Exodus International, better known as the “Pray the Gay Away” group.

By the end of the day, the district had offered a half-assed apology:

“RHS and RISD approve of the broad messages shared with students related to self-empowerment and dating violence, but do not support some of the terminology used by the speaker to generalize student behaviors.”

Oh, by the way, here’s some more of Lookadoo’s brilliant advice for girls:

Dress for your body. Get clothes that work with what you’ve got. But know that if you go too tight, too short, or too low-cut, you are no longer a person to get to know but an object to use.

Yeah, why attend math class when you can go listen to the musings of a rape-apologist?

Here’s what I would still like to know: Who paid for Lookadoo to speak at the school? The district? A private donor? (The PTA may have invited him, but who approved that decision?) How do you not do a more thorough background check into a speaker before telling your students they should skip class to go listen to him? Whoever green-lighted him coming here either did shoddy research beforehand or has awful judgment. In either case, that person needs to be outed and punished.

District officials said Lookadoo spoke to the school in 2009 and no one complained then, as if that’s an excuse to be let off the hook now. If the students didn’t take their message to Twitter yesterday, their complaints may have gone unnoticed this time, too. So hats off to them. They did the right thing by airing the school’s mistake and showed more maturity and wisdom then the speaker who was brought in to enlighten them.

Here’s an idea: Get the administrators at that school to sit for a mandatory assembly run by the students who complained about Lookadoo. Maybe they would finally learn something.