To Shirk Its Financial Obligations, a Powerful Pennsylvania Church Railroaded a Contractor With False Charges

Most church scandals, when they come to light, are sharply delineated events — a pastor raped a child, a priest got caught stealing from the collection plate, et cetera.

What officials of the influential Salem Baptist Church in Jenkintown, Pennsylvania did to contractor Walter Logan was more longterm and insidious. The gist of it, according to the Philadelphia Inquirer, is this:

The church’s lawyers accused Logan of a crime they knew he didn’t commit. Then, well-connected church members used their power and political pull to see to it that Logan got arrested, cuffed, and perp-walked, destroying his reputation and his business. They carried out this dishonesty and venality in an effort to gain the legal upper hand in a contractual dispute between Logan and Salem Baptist. 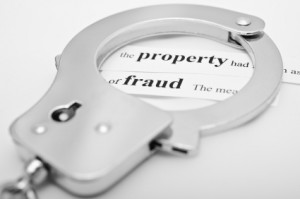 Walter Logan’s company had been hired by the church to build a family center, but Salem Baptist unexpectedly pulled out of the agreement in 2007. This triggered a “groundless termination” lawsuit from the contractor, who claimed that his ex-client still owed him more than $200,000.

As the parties took their civil fight to arbitration in 2007, Salem’s legal counsel, the Doylestown firm of Eastburn & Gray, devised a strategy of filing a criminal claim against Logan as leverage to force him to settle. In a series of March 2008 e-mails filed as evidence…, Eastburn lawyers describe the plan as risky. One, Timothy Caum, acknowledged that pressing charges against Logan might “be a stretch.”

But with the church’s blessing, the pettifoggers pressed ahead. Without any basis in fact, they claimed that Logan had stolen large sums of money from the church.

The Salem camp knew it had a couple of heavyweights in its corner. Two of its own high-profile church members were Oscar Vance, the county’s chief detective, and Garrett Page, a County Court judge who at the time served as the county’s treasurer. Unconcerned about creating a conflict of interest, Vance allegedly pressed the District Attorney to investigate and prosecute. When she agreed to sic county detectives on Logan, guess who was ultimately in charge of the investigation? Oscar Vance was.

Vance claims he recused himself, but

Anders, his detective, told lawyers that Vance had e-mailed her early on to make sure she knew he was a Salem member and would be keeping an eye on the case, court records show. …

County authorities cooperated extensively with Salem’s legal team in building their case, relying almost entirely on church-provided evidence. They allowed its lawyers to rewrite the charging documents and scheduled the timing of Logan’s arrest to benefit the church financially. …

Handcuffed and caught in the glare of a TV news camera, Walter Logan did the one thing a man in his position is expected to do: proclaim his innocence.

Nearly everyone involved can now agree on one point: Logan and [his site manager Lester] Mack did not steal from the church. The theft charges against them were dropped nearly a year after they were filed, and an independent arbitrator found that it was Salem that owed them money in [the] dispute over the family center.

Logan will most likely have his day in court now that a district judge has given the county and Salem Baptist the judicial equivalent of a bitchslap:

U.S. District Judge J. Curtis Joyner said the evidence suggests county authorities may have “acted with reckless disregard for the truth.” He was equally critical of the church and its lawyers. “Unfortunately, in an attempt to gain the upper hand in the contractual dispute, Salem and its legal counsel pursued questionable criminal charges against Logan,” Joyner wrote.

A Philadelphia Inquirer editorial about the affair, published Friday, raises the likelihood that Logan will be able to clear his name — if not in the civil suit, then at least in the court of public opinion.