Sarah Palin: “An Angry Atheist with a Lawyer is One of the Most Powerful Persons in America” November 9, 2013 Hemant Mehta

Sarah Palin: “An Angry Atheist with a Lawyer is One of the Most Powerful Persons in America”

In the past month, I’ve sent three separate emails to the company that’s publishing Sarah Palin‘s upcoming book Good Tidings and Great Joy: Protecting the Heart of Christmas hoping to get a preview copy. No one’s written back to me yet, not even to say, “Not a chance in Hell.” (I guess being on the same blog network as Palin’ daughter Bristol earned me no goodwill.)

But New York Magazine got ahold of the audiobook in advance of Tuesday’s book release and they posted a few choice excerpts, revealing to everyone what we already knew. Palin is like a lazy undergrad: Incapable of doing the slightest bit of research, fully confident in her overblown rhetoric, and unable to experience reality: 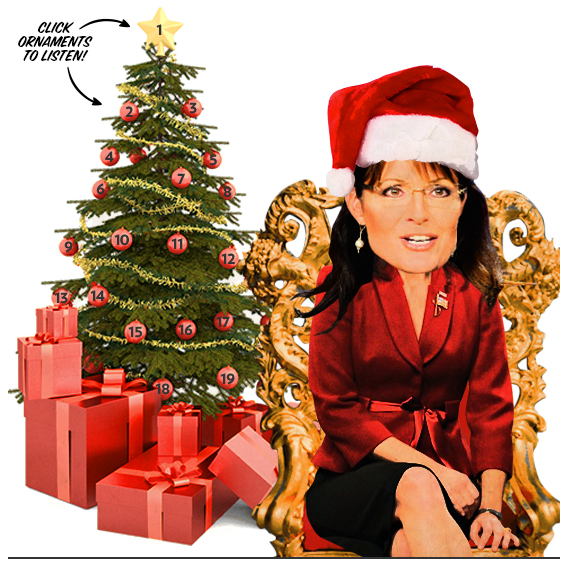 In Palin’s world, atheists can’t possibly be generous, kind, decent human beings; you need God to be good. She thinks we see the “family” as an oppressive structure. She complains about atheists who fight for the First Amendment while wrapping herself in the Constitution.

Some of her defenders will complain that we haven’t read the book yet, so how dare we criticize it? But you know these quotations aren’t out of context, and if quoting Palin verbatim makes her sound like a right-wing loon, it’s nobody’s fault but her own.

It’s not even worth trying to rebut her lies. You can’t debunk a book that already appears to be a parody of itself.