Did you know? Child-abusing priests were just trying to spread some love.

Another Polish cleric has claimed that broken homes are a catalyst for paedophilia.

Father Ireneusz Bochynski, from the city of Piotrkow Trybunalski in Central Poland, has said he knows of 10-year-old children who “went to bed with adults, wanting to be fulfilled, and it was the choice of the child.” 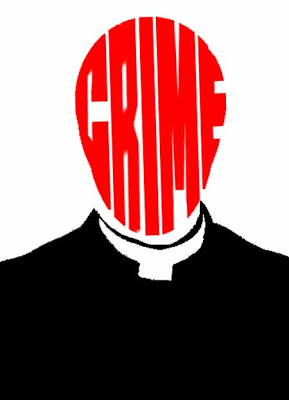 Father Bochynski insisted that “now that we have so many broken marriages, where most often there is a lack of a father, it will happen more and more often that children without such figures will cling on to men.”

His controversial remarks echo those of [the] head of the Polish Episcopate, Archbishop Jozef Michalik, who claimed that children involved in paedophilia cases were often “searching for love” as they came from broken homes.

It reminded me of this satirical piece from The Onion:

“As Jesus said, ‘Let he who is without sin cast the first stone,'” the pope continued. “We must send a clear message to these hundreds — perhaps thousands — of children whose sinful ways have tempted so many of the church’s servants into lustful violation of their holy vows of celibacy. The church forgives them for their transgressions and looks upon them not with intolerance, but compassion.”

Of course, to untold numbers of kids molested by clergy, it’s not exactly a laughing matter.

In the Polish case, the archidiocese of Lodz announced that disciplinary action has been taken against Bochynski.

(Thanks to Taneli for fact-checking help)