Perjuring Priest Eliminates Rivals By Filing False Charges Against Them; Ends Up Getting Arrested Himself November 8, 2013 Terry Firma

Perjuring Priest Eliminates Rivals By Filing False Charges Against Them; Ends Up Getting Arrested Himself

The UK Telegraph reports that in a ruthless Vatican power play, Father Renato Salvatore fabricated unspecified criminal charges against two rivals so that he would be re-elected Superior General of the Camillians, also known as the Order of Ministers to the Sick. The Camillians have been around for some 440 years. Whether they’ve ever seen this level of venality before, I don’t profess to know. 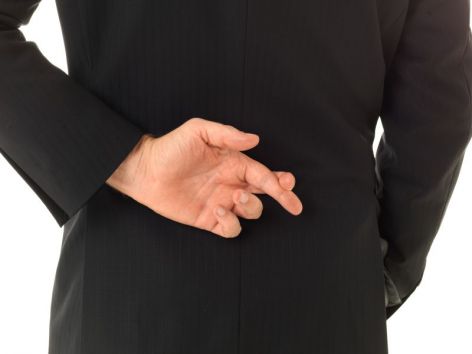 The allegedly unfounded charges resulted in the two priests, Rosario Messina and Antonio Puca, being detained and hauled off to a police station in Rome, with the result that they were unable to cast their votes against Father Salvatore at a general assembly of the order, which has close links to the Vatican.

Their absence resulted in Father Salvatore being re-elected head of the order.

Police intercepted a telephone call in which he allegedly thanked one of his co-conspirators, telling him: “Without you I would not have been able to pull it off.”

He didn’t quite succeed in the end, though.

The Italian tax police, the Guardia di Finanza, arrested Father Salvatore on Wednesday, along with five other people allegedly involved in the plot, including two police officers who reportedly received tens of thousands of euros in bribes.

Some jail time might be good for the perjuring padre’s soul, should he take the opportunity to reflect on the Biblical commandment against bearing false witness.

November 8, 2013
What Would You Say to the Religion Professor Who's Had It With 'Strident,' 'Bullying' New Atheists?
Next Post

November 8, 2013 In Idaho, 'Faith-Healing' May Have Killed More Children Than We Ever Suspected
Browse Our Archives
What Are Your Thoughts?leave a comment