Repeated Rape of One Victim Leads to Trouble With the Law For Six Pastors and Elders… From the Same Church November 7, 2013 Terry Firma

The VineLife Church in Longmont, Colorado, may now as well be called the ViceLife Church.

Two months ago, Colorado police arrested 35-year-old Vineland pastor Jason Allen Roberson (pictured below). They charged him with sexual assault on a child by someone in a position of trust, sexual exploitation of a child, unlawful sexual contact, and stalking.

Roberson is suspected of coercing a 15-year-old girl under his pastoral care into a sexual relationship that lasted seven years.

Earlier this year, his colleagues found out about it and suspended Roberson pending an internal investigation, but never notified the authorities. After the victim went to the police, the church stonewalled the police probe that ensued. 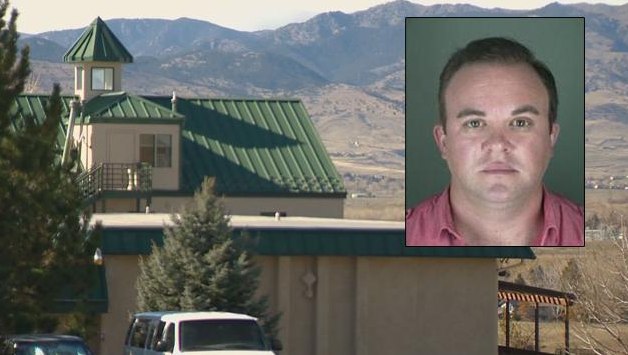 That wasn’t just wrong, but illegal — and over the last 48 hours, the responsible church officials also felt the long arm of the law.

Boulder Police served summonses to two pastors and two elders associated with VineLife Church in Longmont after a police investigation revealed the officials failed to report a youth pastor allegedly sexually assaulted a child — who was a member of the church. A fifth church official, who is currently out of the country, will be served a summons when he returns to Colorado.

[An] investigation by Boulder Police indicated the pastors and the elders failed to report the situation to law enforcement or Housing and Human Services in a timely fashion as required by law.

The local ABC affiliate reports that according to an affidavit,

[C]hurch leaders were not forthcoming with internal records about their investigation of Roberson and a detective had to obtain a court order forcing the church to release the documents.

P.S.: Since I started closely following news reports of church sex abuse cases, about nine months ago, I’ve marveled at how widespread they are across all major denominations. It’s almost — almost — enough to make you feel sorry for the Catholic Church, which has borne the brunt of the child sex abuse scandal. Based on my anecdotal observations, and without letting the padres off the hook, gross sexual misconduct appears to be just as prevalent among Protestant clergy as it is among priests and their ilk. The Colorado case above is just the latest example.

November 7, 2013
Highlights from the Oral Arguments in Town of Greece v. Galloway
Next Post

November 7, 2013 Mormon Missionary Tells Us Why We Should Cut Off the Whole Head
Browse Our Archives
What Are Your Thoughts?leave a comment