School-Bus-Driving Pastor Who Prayed With Captive Kids Is Shocked To Be Out of a Job November 6, 2013 Terry Firma

“A violation of my freedom of speech.”

That’s how school bus driver George Nathaniel, who is also a pastor for two Minneapolis churches, sees his firing. 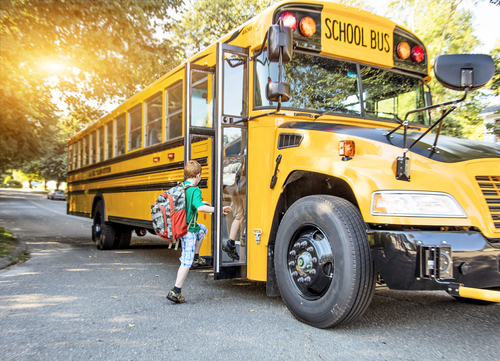 Nathaniel was in his second year of bus driving. Despite an earlier warning from the transportation company that employed him, he never stopped inviting kids to pray with him on the way to school.

After receiving a complaint from the district about the prayers, the bus company, Durham School Services, gave Nathaniel a warning and assigned him two new bus routes. …

That didn’t dissuade Nathaniel. “I let them know I am a pastor and I am going to pray,” he said.

Praying is fine, of course. However, if you’re an authority figure to children and you represent the school, as Nathaniel did, it’s against the law to do it out loud, invitation-style, on a school bus — a vehicle on which public-school kids are your captive audience. The First Amendment’s Establishment Clause says so.

Nathaniel prayed during the seven-minute ride to school after the last child got on board. “We start out with a song,” he said. “Then each person will pray if they want to pray. If they don’t want to pray, they don’t have to pray. Then I will pray and ask them if they want to join me in prayer. Just give them something constructive and positive to go to school with.” … “To fire a bus driver for praying for the safety of the children” is not right, he said.

That’s a pretty disingenuous — no, a devious — way of putting it. The good reverend is entitled to pray for anything he pleases — on his own time. But since he felt it was his sacred duty to make kids (and their parents) uncomfortable with his in-your-face daily devotion, he forced the bus company’s hand.

When Nathaniel continued to lead prayers on his new routes, Durham sent him a separation letter dated Oct. 30, saying: “There have been more complaints of religious material on the bus as well as other complaints regarding performance. In accordance with the previous final written warning you received, your employment is hereby terminated.”

[He] said that he had driven school buses in Wisconsin and Georgia before coming to Minnesota and that he had always prayed with the kids. “We got to get Christians to be able to be Christians and not have to be closet Christians,” he said. “You have something good, you are going to share it with somebody.”

Happily, not all of his colleagues are that dim.

Gayla Colin, a bus driver for 13 years in the district, says she “absolutely” sees her time on the bus with kids as an extension of the school day. She said that though she is a Christian, she would never think of praying on the bus. “It’s not appropriate,” she said. “That belongs at home.”

One reason Colin is right should occur to the faithful if they swap imam for pastor.

Can you imagine the outrage among conservative Christians if they saw that headline?

November 6, 2013
The Atheist Who Ran for Mayor of LaGrange, Georgia Lost... By a Landslide
Next Post