A new post by my very good friend and Patheos colleague Benjamin Corey, a preacher and blogger, shines a spotlight on the sad state of Christian moviemaking. One of his early-on conclusions:

[M]any well-meaning Christian families who are making an honest attempt to let their children watch something good, might actually get duped into showing their kids crap. 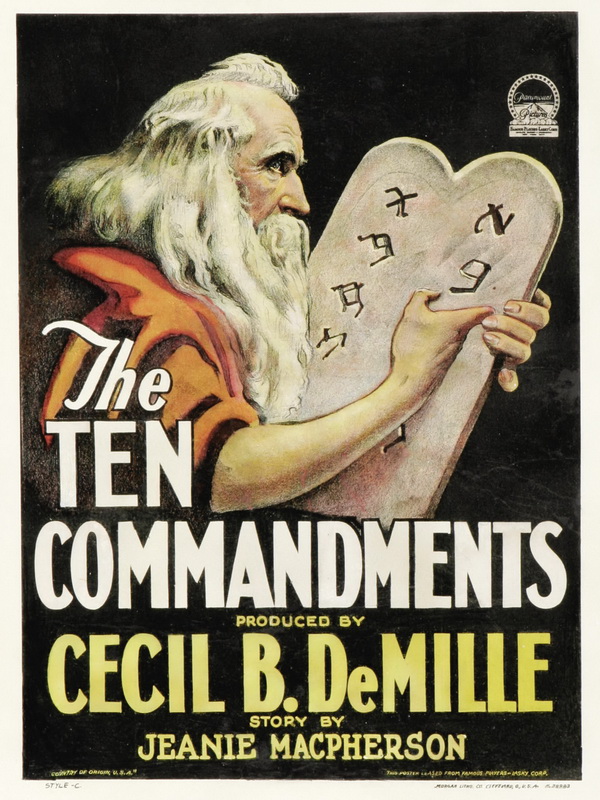 Evidently, Corey is not alone. Since the days of Cecil B. DeMille‘s The Ten Commandments (1956) and Fred Zinnemann‘s A Man For All Seasons (1966), Christian movie fare hasn’t exactly been burning up the box office. (In saying that, I realize I’m using box office receipts as a proxy for quality. Let me know if I’m missing any masterful Christian flicks by that admittedly imperfect criterion.)

Here’s how bad it is: If you make a Christian movie and it grosses a measly five million bucks, you’ve already entered the list of Top 20 Highest-Earning Christian Films of all time, if this article from 2011 is any guide.

Mel Gibson‘s torture-porn The Passion of The Christ is at the top of the list with $370,000,000 — although Wikipedia says, next to a “citation needed” flag, that the gross reached $600,000,000 (the discrepancy may be between U.S. gross and worldwide gross).

The next three spots are occupied by installments of Disney’s The Chronicles of Narnia, with the third movie in that series earning only 36 percent of the first, which doesn’t bode well for future episodes four through seven. Incidentally, my now 11-year-old daughter read C.S. Lewis‘s second Narnia book a few years ago, and was surprised to learn, when I just asked her, that there are allegorical Christian references in it at all. It seems that the covert Christianity in the series is so slight as to escape detection by all but the most tuned-into-religion readers and viewers.

Especially for the aggressively pious United States, a country where three in four adults are self-professed Christians, that’s a poor showing indeed. Even the aforementioned Chronicles of Narnia flicks, beloved elsewhere in the world, were a bit of a dud domestically.

It would appear that American Christians love watching Christian fare about as much as they love reading the Bible.

Corey has some theories as to why that is, beginning with the humorous “Because there is a really, really, really good chance that Kirk Cameron is one of the main characters.”

I want my child to know that a critical mind is something you never turn off, and that you can’t simply compartmentalize art as “Christian” or “not”. I want her to know that all truth is God’s truth, and all beauty is God’s beauty, and that you can find every bit as much truth and beauty from 8 Mile as you can from a Kendricks brothers flick. I want her searching for beauty everywhere she looks — I don’t want her thinking that good stuff exists “here” but you won’t find God “there”, wherever “there” is.

Though I obviously don’t share his God-belief, I agree with him on that. As atheists, too, we are poorer for sure if we dismiss religious art as somehow less worthy of our consideration. I still remember visiting the Gulbenkian Museum in Lisbon in 2004 and being floored by the heart-rending beauty of its Islamic art. I can lose myself in Nusrat Fateh Ali Khan‘s mystical music, have stood in awe inside cathedrals in half a dozen countries, and reliably get something in my eye when playing Eliza Gilkyson‘s Requiem, a sung prayer to Christ’s mother that manages to simultaneously express personal devastation, inner calm, and the never-ending hope for a better future.

All the same, I’m at a loss to explain why religion-themed movies don’t appear to have made much of a mark on my art appreciation or my psyche — or on Corey’s for that matter.

And why do they tend to bomb at the box office? Excessive preachiness? Bias in Hollywood? Substandard production values? Scoffing secular critics?

If you have a theory, hit us in the comments.

November 5, 2013
Christian Groups Fumble Over False Claim That Pedophilia is Now a Sexual Orientation
Next Post