Christian groups practically combusted this week over a (false) claim that the American Psychiatric Association now classifies pedophilia as a sexual orientation — which it undeniably does not.

The recently-released fifth edition of the Diagnostic and Statistical Manual of Mental Disorders (DSM), the APA’s guide to classifications of mental illnesses, has not changed its classification of pedophilia as a disorder. However, in one paragraph of the DSM-V’s text discussion — not the criteria itself, Care2 points out — it is incorrectly referred to as a “sexual orientation” in a place where the text was meant to read “sexual interest.” 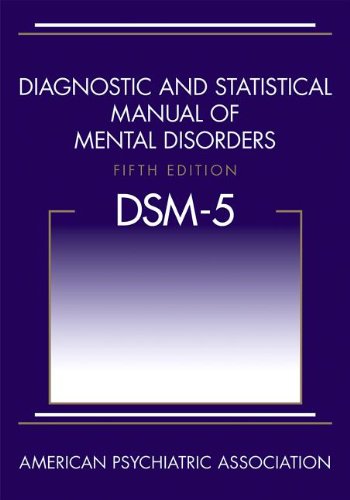 The anti-gay American Family Association seems to have been the first to send panicked messages throughout right-wing circles about the error, making the sweeping claim that pedophilia was now considered another run-of-the-mill “alternative” sexual orientation. The Christian publication Charisma News published an article quoting the horrifically anti-gay commentator Sandy Rios, who issued an inflammatory statement on behalf of the AFA:

“Sanity will never return to this culture until truth is reclaimed. It is not now, nor has it ever been acceptable for men or women to desire sex with children. Any who struggle with this must at least know that it is wrong before they can combat it and seek change.”

But Rios’s analysis was drawn primarily from a student-produced reading of the DSM-V, one that lacks citation to the actual DSM-V classification. That report reads:

In the fifth edition of the Diagnostic and Statistical Manual of Mental Disorders (DSM V), the American Psychiatric Association (APA) drew a very distinct line between pedophilia and pedophilic disorder. Pedophilia refers to a sexual orientation or profession of sexual preference devoid of consummation, whereas pedophilic disorder is defined as a compulsion and is used in reference to individuals who act on their sexuality.

That line alone seems to be what sparked outrage that spread rapidly online, according to the Huffington Post, which aggregated many of the links to conservative blog posts about the supposed change:

The article quickly went viral, garnering over 100,000 Facebook shares within 24 hours of being published and lighting up the right-wing blogosphere. Among many bloggers and commenters, the shared sentiment was that this was a logical progression from the normalization of homosexuality that began in the 1960’s.

The only problem is, the report wasn’t true. The APA appears to have made a seemingly small mistake that set off a rapid chain reaction of confusion and hate.

The APA promptly released a statement reassuring the masses that it does not consider pedophilia a sexual orientation and that it supports the criminal prosecution of individuals who abuse or exploit children. From the statement:

Dissatisfied with this response, Liberty Counsel also freaked out, certain that even the use of the term “sexual interest” signals the end to civilization as we know it (or something):

Whether it is classified a “sexual orientation” or a “sexual interest,” any effort to legitimize pedophilia will provide pederasts with all the arguments they need to remove age of consent laws, and children will suffer.

The APA has lost credibility with this recent blunder over the classification for pedophilia. The APA has become co-opted by a political agenda. It is hard to see the APA any other way. The implications of reclassifying natural law, whether it is for same-sex marriage or adult-children relationships, are far-reaching.

The AFA also forced the American Psychological Association to release an apology of sorts, having claimed they were the ones responsible for the change that never actually happened:

It’s very telling — and not at all surprising — that the AFA has come nowhere near releasing an apology statement of its own, even though the group’s hasty conclusion and addiction to anti-gay slander is what caused this whole mess in the first place. But the organization isn’t known for apologizing for its hateful speech, whether it’s this story or their obsession with the idea that gays recruit children. Sigh.

If this had gone differently, conservatives could have used this moment to slam legislation like ENDA, which will hopefully one day protect employees from discrimination based on sexual orientation or gender identity, as well as tons of other LGBT issues that are strongly connected to “sexual orientation” as a characteristic that deserves to be protected. Thankfully this one was almost fully debunked — though uncorrected versions of the story are certainly still circulating — but this is just another reason why we unfortunately have to pay attention to what right-wingers are saying and be ready to correct (read: annihilate) their vicious claims.

November 5, 2013
Christian Parents Receive Massive Sentence for the Starving and Freezing Death of Their Adopted Daughter
Next Post