A Songwriter and an Astrophysicist See the Universe as a Beach Ball: A Beautiful Riff on Intergalactic Isolation November 5, 2013 Terry Firma

A Songwriter and an Astrophysicist See the Universe as a Beach Ball: A Beautiful Riff on Intergalactic Isolation

For decades now, scientists — at SETI and elsewhere — have been sending signals into space for the express purpose of contacting distant civilizations. We have yet to hear anything back.

In this simple, beautiful, Saganesque musing on the vastness of space and time, singer/songwriter Peter Mulvey explores why — with an appreciative nod to his friend Vlad, an astrophysicist. Mulvey’s performance took place at the Kaufman Center in Kansas City, Missouri, this summer, as part of the TEDxKC conference. It isn’t an atheism-related video, per se, but its poetic emphasis on the insignificance of our “pale blue dot,” in the scheme of things, might give pause to theists who believe that Earth is the pinnacle of Creation: 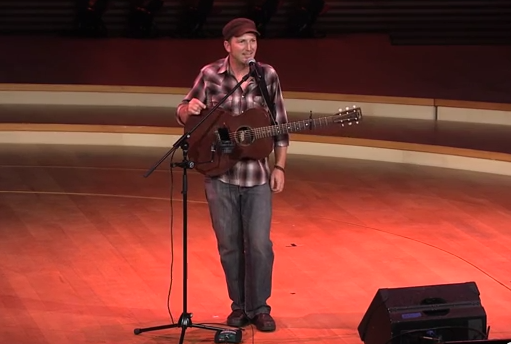 More of Mulvey’s work can be enjoyed here.