Jehovah’s Way: At the First Sign of Their Religious Doubt, Freeze Out Your Own Flesh and Blood November 4, 2013 Terry Firma

Jehovah’s Way: At the First Sign of Their Religious Doubt, Freeze Out Your Own Flesh and Blood

This is a cell phone picture of blogger Rick Gonzalez‘s dad, demonstratively not sharing a meal with his son and with Lucas, his four-year-old grandson. 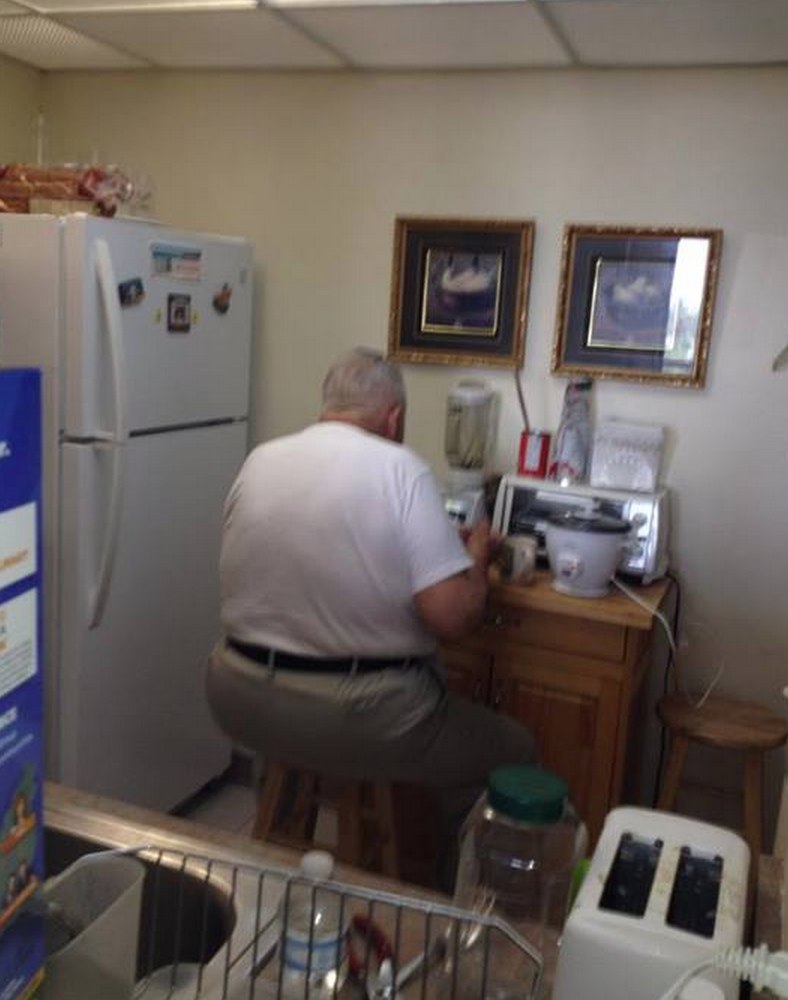 The elder Gonzalez is a Jehovah’s Witness. After his son expressed doubts about the movement, its Watchtower Governing Body promptly ordered the father to shun Rick and Lucas. This is how Rick tells it:

After my mother died eight months ago, my dad, being all alone, went to the elders in the congregation he attended to see if he’d be allowed to visit with me. They said that since I was his son, he could visit with me at his house. But he could not discuss religion — nor could he share a meal with me at the same table.

Two weeks ago, I called my dad and asked if his grandson and I could visit him. He said “yes” and even offered to make lunch. But shortly before serving the meal, he said that he wasn’t going to sit at the same table with us. When I asked why, his reply was, “The organization says so.”

So at lunchtime, Gonzalez père took his plate and situated himself with his back to two of the people in the world who he loves the most. Because his cult told him that this is God’s way.

I think a “for fuck’s sake” is in order. The man is 80. His wife died just this year. He’ll be six foot under in the blink of an eye (we all will). And he’s spending what precious, unrepeatable time he has by dishing out church-mandated coldness to his own flesh and blood.

It’s heartbreaking for Rick, and for others who experience religious shunning. But this is the first time I’ve considered that those who do the shunning no doubt suffer too. Rick sensed the same thing.

As bad as I felt, I had this gut-wrenching feeling for Dad. This had to be much harder for him. Here’s an 80-year-old man thinking that he is doing this for God. He feels he has to suffer through this intuitively wrong act to be loyal to what he thinks is “God’s organization.”

But the story does not end here. My son is growing up seeing this silliness going on. Can the Watchtower be blind to the damage caused by their harmful policies, not just to us adults but to innocent kids who have “no dog in the fight?”

As Rick knows, the cruelty is no accident here; rather, it is wielded as a fierce weapon, and it is baked into the Jehovah’s Witnesses’ daily practices.

November 4, 2013
An Update on the Financial Boycott Against the Park District Board Member Who Wouldn't Stand for the Pledge
Next Post