Over the weekend, the Convention on the Constitution held meetings in Ireland to discuss changes to the nation’s Constitution and then make recommendations to the government.

Relevant to us is the need to repeal the blasphemy law, which currently states: 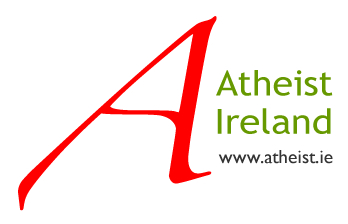 You today have a unique opportunity, as members of this Convention, to recommend to the Irish Government that we replace this anachronism with a positive clause about freedom of expression, modeled on Article 10 of the European Convention of Human Rights.

Nash: Very few countries still have blasphemy laws, as blasphemy laws as opposed to religious hatred laws, and these are entirely the remnant of much older laws and the attitudes that go with them. But Ireland’s constitutional requirements have led to a new law – the only newly constructed modern law in the west. As such it is a significant break with past laws (and past laws in Ireland itself).

Although there have been no prosecutions in Ireland, it is clear that this law has victims beyond these shores, as other countries actively cite and view Ireland’s law as a precedent to persecute both the religious and non-religious in their own societies.

Donnelly: We in Atheist Ireland, along with other human rights campaigners, have sought the release of [blasphemy law victim] Asia Bibi, and other such victims. We are regularly told that we in Ireland have just passed our own new blasphemy law, so why are we complaining about theirs?

During all of this, the Pakistani Government was leading the Islamic States at the United Nations in calling for an extension of blasphemy laws around the world, using wording taken directly from Ireland’s new blasphemy law.

In today’s world, our actions in Ireland affect real people elsewhere. Please send a message to Asia Bibi, the face of blasphemy laws, and to her captors, by voting to remove the blasphemy clause from our Constitution.

Very powerful words from all of them. Now it’s up to the delegates of the convention to do the right thing and make a strong recommendation to the government to repeal the law for good. There’s just no reason to punish someone for the (fake) crime of criticizing religious beliefs.