Bad Jesus, No Candy: Illinois School Does About-Face When Student Dresses as Savior for Halloween

If you like comedy, there is much to love about this news story of a teenager who dressed up as Jesus for Halloween — starting with his mom’s penchant for inadvertent punnery. 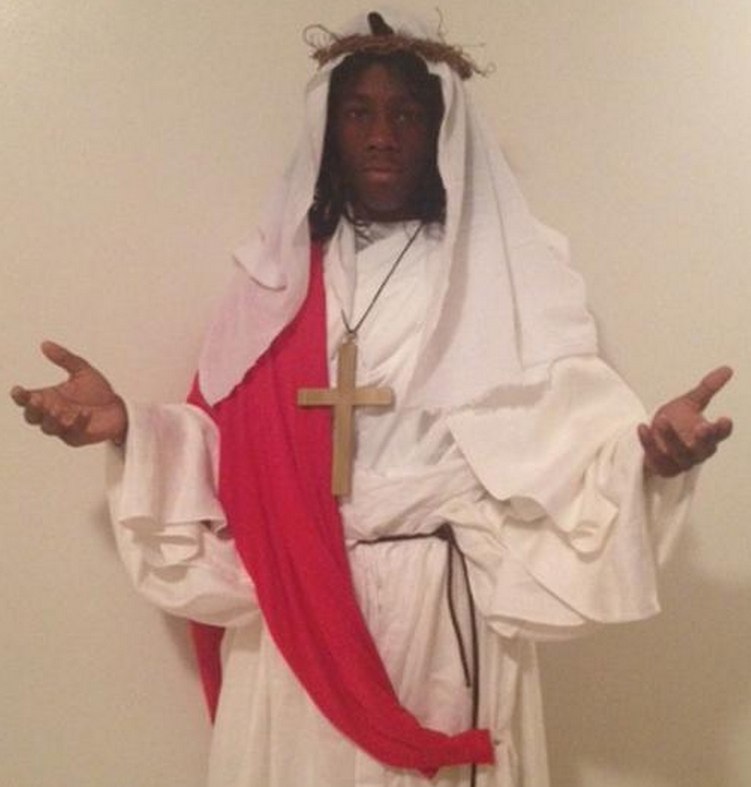 Marshon and his mom had made the costume together after she’d instructed him to choose a Halloween character representing “success and positivity.” It didn’t take Marshon long to decide.

The Christian deity is something of a superhero for this deeply religious teen. Sanders made a conscious decision to get baptized over the summer. The mother and son are members of the Jesus Name Apostolic Church in Waukegan.

Officials at the school, which has a policy against “costumes that could be offensive or perpetuate a stereotype of someone’s culture, gender, sexual orientation, heritage or religion,” first pulled Marshon out of class and told him to remove the costume. They reversed their decision later that day after they determined Marshon was not trying to be offensive. (Presumably, a diehard Life of Brian fan in the exact same costume would have been told to take off the garb for good.)

With the initial move to ban the Jesus outfit, Highland Park High School handed Marshon and other Christians a perfect little gift: proof of their “persecution.” True to form, the teen declined to put the costume back on even after he’d been belatedly given the all-clear.

I love this picture of Marshon and a schoolmate, by the way: 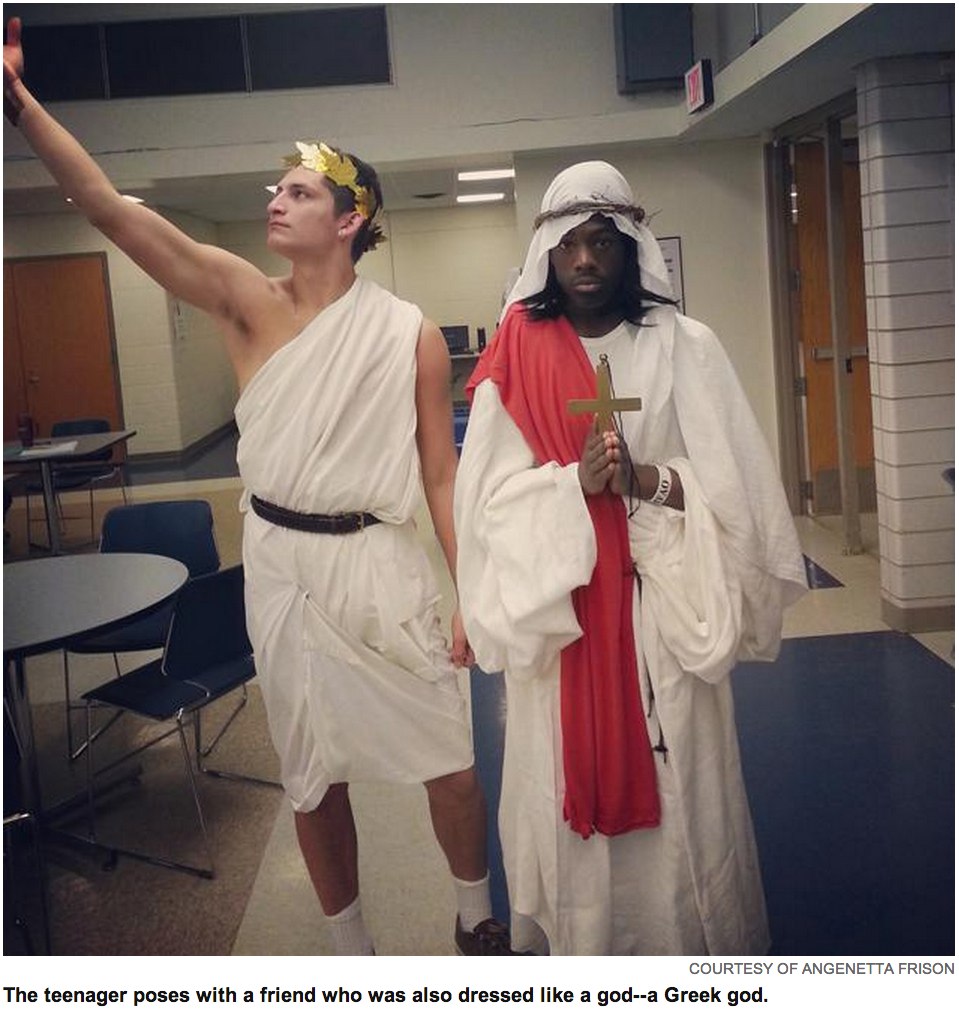 No word on whether any Zeus lovers were outraged by the offensive costume on the left.