Hoodwinked: The Story of the Girl Who Hanged Herself to Be With Her Dad in Heaven Was Probably Made Up October 30, 2013 Terry Firma

Hoodwinked: The Story of the Girl Who Hanged Herself to Be With Her Dad in Heaven Was Probably Made Up

Last Sunday morning, at a time when Christians across America were shuffling into their church pews, I too thought about God. More specifically, my thoughts centered on the senselessness and pain surrounding the death of Maria Kislo, a 12-year-old Polish girl who, the U.K. Mirror reported, recently hanged herself to get into heaven. According to the newspaper, Maria (or Marysia, as her name is rendered in the Polish press) missed her father, who had died in 2009. Allegedly, she left the following suicide note:

Dear Mom. Please don’t be sad. I just miss Daddy so much, I want to see him again.

As I should have done, some readers doubted the story I relayed, pointing out that it was unsourced and published in a tabloid, a genre known for sensationalism, spin, and shortcuts.

Until 24 hours ago, I assumed that even tabloids didn’t descend into outright fabrications. In retrospect, that’s pretty naïve. It appears that over in England, making stuff up out of whole cloth is not unheard of among the writers and editors practicing a particularly exploitative brand of journalism. How else to explain that, most crucially, neither the existence of the suicide note nor Marysia’s belief in heaven can be corroborated? 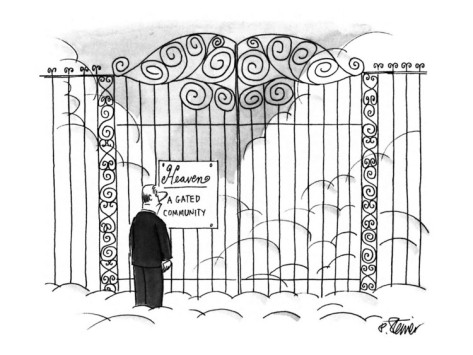 I want to be clear about this lest I err in the other direction: It’s possible that the story as reported in the Mirror (and the Daily Mail) is correct. But absent any actual evidence, I now consider that possibility remote.

My belated skepticism was kindled by Friendly Atheist reader Taneli Huuskonen, who knows Polish. Taneli, to whom I owe a sincere thank-you, wrote me this e-mail (in part):

I found a few Polish on-line articles about the 12-year-old who hanged herself. They seem to be consistent with each other and make more sense than the one in English you linked to. I think you’ve been had.

First and foremost, there was no suicide note. Maria’s motivations are a mystery. The police are investigating her computer and diaries, but refrain from commenting on any clues they may have found so far. Secondly, Maria’s father didn’t die of a heart attack, but was brutally shot to death by his new girlfriend’s brother-in-law in 2009, about six months after Maria’s parents’ divorce. Thirdly, Maria’s mother wasn’t going to read a bedtime story to a 12-year-old, but just started wondering why the girl was staying so long alone in her room supposedly reading a book.

I didn’t see any mention of religion or afterlife in the Polish reports.

Someone called Grzegorz Kowalski commented on the article you linked to, introducing himself as Marysia’s uncle and accusing the author [at the Mirror] of lying. Of course, I have no way to check his identity, but at least his comment is consistent with the Polish media articles.

I then asked my old friend Maciej, born and raised in Poland, to tell me what he could find in the Polish news media. After he did some Internet digging, we concluded the story may have originated at a couple of Polish tabloids — Fakt and SuperExpress. The latter ran this headline about the Kislo case:

THE GIRL WHO WANTED TO JOIN HER FATHER

Sure, maybe Marysia wanted to join her father — in death. But according to Maciej, in the body of the article,

There wasn’t a single reference to Catholic/Christian symbolism or a belief such as heaven, [and] no mention of God.

We can’t know for sure how much Fakt or SuperExpress got correct (or wrong) to begin with. But by the time the Mirror published the story, the narrative had been badly twisted.

For starters, as Taneli pointed out, the cause of death of Marysia’s father had changed from gunshot wound to heart attack, perhaps to bathe the yarn in a more angelic glow. More importantly, the existence of the tearjerking suicide note about “joining Dad in heaven” is highly doubtful, considering that the Polish papers apparently made no actual mention of it beyond the fanciful reference in the SuperExpress headline.

So there’s crow for dinner tonight (make mine medium-rare, please). I apologize for my initial credulity, and for uncritically passing the Mirror article along. It was not a smart or halfway responsible thing to do for a self-avowed skeptic. Partly due to the emotional nature of the story, I think my usual defenses were down. 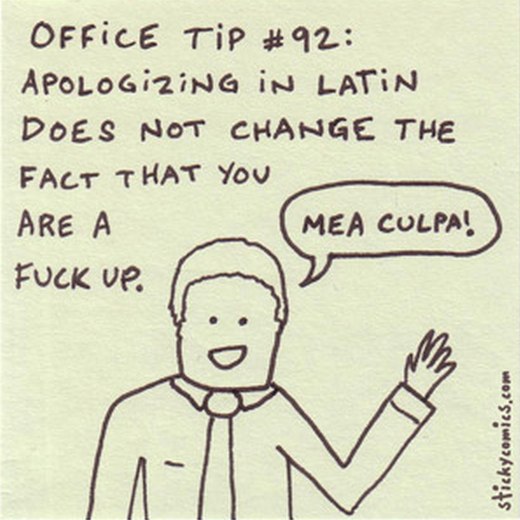 It’s ironic that in my post from a day earlier, about an academic experiment purporting to show that pious people are less honest, I was critical of the lead researcher, pointing out multiple problems with his methodology. I should have brought at least that level of skepticism to bear — and probably more — on what seems to be an outright example of yellow journalism.

While I’m at it, I’d like to address two other things that came up in the discussion about Marysia’s suicide.

Most commenters/upvoters on the Friendly Atheist and Reddit had more or less the same takeaway that I did: We despaired over what religion can do to impressionable young minds. But others were offended. Take Vlad Chituc at the blog Non-Prophet Status:

I hope this should be immediately obvious, but it is not okay to exploit the death of a 12 year old child to score a cheap point against religion. It’s troubling that this is something I even need to say, but Terry Firma and the commentariat at The Friendly Atheist seem far too eager to pin the suicide of a 12 year old child on her belief in heaven.

Let’s say, for argument’s sake, that I’m a big proponent of making kids wear life vests when they go boating. And let’s says that this is so important to me that I devote considerable time and effort to advocating my cause. One day, staffers at a summer camp take a class of sixth-graders sailing. There’s a tragic accident on the water, and a child drowns because she wasn’t wearing a life jacket. Would I be exploiting her death if, after expressing my condolences to the bereaved family, I reiterated my belief that life jackets save lives, and that not wearing one during boating clearly can kill? With such a statement, would I be abusing the memory of a young girl to score a cheap point? Maybe Chituc thinks so. I don’t.

He is ungrammatically outraged that I “pin the suicide of a child” on her belief in paradise:

It’s telling that Firma looked at a 12 year-old so hurt by her father’s death 4 years prior that she killed herself not as indicative of, say, clinical depression, but rather the asinine and melodramatic conclusion that the belief in heaven — cue dramatic music as I vom everywhere — can kill.

Calling a young child mentally ill when you know nothing about her but the fact that she took her own life doesn’t strike me as rising to the level of verity and respectfulness that Chituc expects from others. Unlike him, I merely went by what the reported circumstances were (false though they turned out to be).

May we infer from the fact that Marysia killed herself that she was mentally ill? We can’t rule it out, but I certainly wouldn’t go that far.

In fact, while Chituc is busy “vom[ming] everywhere,” let’s look at actual examples of how religion can infect kids’ psyches with suicidal thoughts and practices. These are just a few of the speaking-from-experience responses to my original post about Marysia.

When I was a believer in my pre-teens, I threw caution to the wind in every (even potentially dangerous) situation, thinking God would either miraculously save me … or even better, I’d be on the fast track to heaven. I can remember being annoyed after a close call and thinking, “Darn, if I’d died back there, I’d be in heaven right now.”

The next two are from ex-Mormons. That may or may not be coincidental.

Exoraluna on the Friendly Atheist:

In the ’60s, I was young. Religion (LDS) [Church of Latter-Day Saints, TF] was saying the the end is here. Jesus was coming back and that was the end of the world as we know it. Being depressed and sad, I thought it would be easier for me to die than wait for Jesus. I attempted suicide. Unfortunately, I didn’t know how to do it. So I just took all the medications in the house … I was taken to the hospital and had my stomach pumped.

Religion had given me the false notion that when Jesus came back, there’s no need to live, because we would already be in heaven. I fell away from religion esp. LDS, for lying to me. Today, I know better. I also know that in Utah, where LDS is the prevailing religion and the hardships put upon the children to be perfect, teen suicide is high. 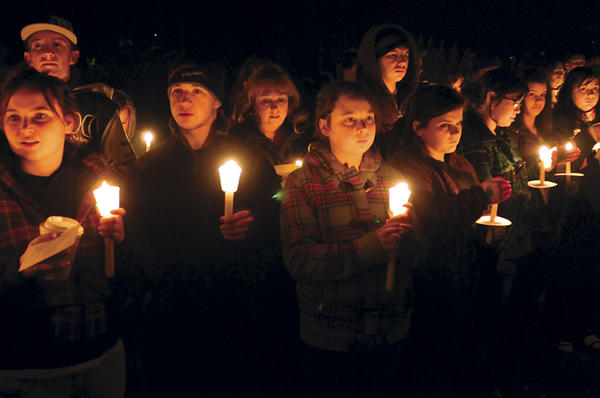 When I was 7, I almost commited suicide. Or at least I mentally tried. I was home with my older brother. He was playing video games or something. I had a large cooking knife in my hand, debating stabbing my stomach. My rationale was that because in the Mormon religion, until you are baptized at 8, all sins are forgiven. I kept thinking it was my golden ticket into heaven. I knew suicide was wrong, but I was too young to be held accountable.

I don’t remember why I didn’t do it, to be honest. I just kept thinking, well, even though my family will be sad, when they get to heaven, we’ll be back together. And killing myself at 7 just seemed like the quickest and surest way there. I guess I chickened out.

Do you reckon these children were mentally ill?

More to the point: If they had succeeded in killing themselves, how could you not place a large amount of blame on the adults who filled their heads with fairy tales of a forever-happy afterlife?

October 30, 2013 American Legion Withholds Donations from Park District Because Board Member Won't Stand for Pledge of Allegiance
"Kennedy wanted to blow that tweet out of proportion, suggesting that Dellinger didn’t understand how ..."
Rogue Medic GOP Senator to Biden Department of ..."
"Let's see how loud Locke is when he's hooked up to a ventilator.He'll certainly know ..."
NOGODZ20 Christian Hate-Preacher: I’m Banning Masks at ..."
"You forgot the comma!No, religious Test shall ever be required as a Qualification to any ..."
Modusoperandi GOP Senator to Biden Department of ..."
"Turning the church into a trauma center withe first backfire."
muttpupdad Christian Hate-Preacher: I’m Banning Masks at ..."
Browse Our Archives
What Are Your Thoughts?leave a comment