This is How the Upstate Atheists Bounced Back After Being Banned from Volunteering at a Christian Soup Kitchen October 28, 2013 Hemant Mehta

Earlier this year, the Upstate Atheists from Spartanburg, South Carolina attempted to volunteer at the Spartanburg Soup Kitchen. Unfortunately, its director Lou Landrum denied their offer, saying atheists weren’t welcome there. Landrum took things even further last week when she told the Spartanburg Herald Journal that allowing atheists to help in her kitchen would be a “disservice to this community.” 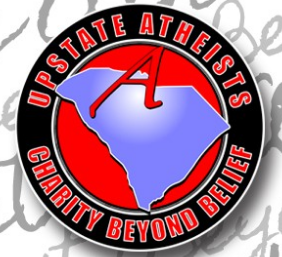 … Landrum, executive director of the Soup Kitchen, told the Herald-Journal she would resign from her job before she let atheists volunteer and be a “disservice to this community.”

“This is a ministry to serve God” she said. “We stand on the principles of God. Do they (atheists) think that our guests are so ignorant that they don’t know what an atheist is? Why are they targeting us? They don’t give any money. I wouldn’t want their money.“

Despite the setback, the atheists pulled through for the people they were trying to help. On Saturday, they gave away over 300 care packages to the homeless, each package costing about $15 and including things like gloves, toothpaste, hand sanitizer, lip balm, snacks, etc. 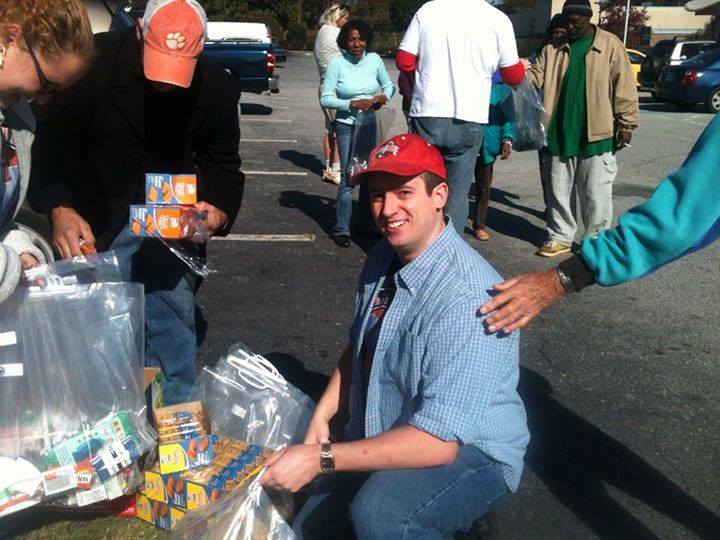 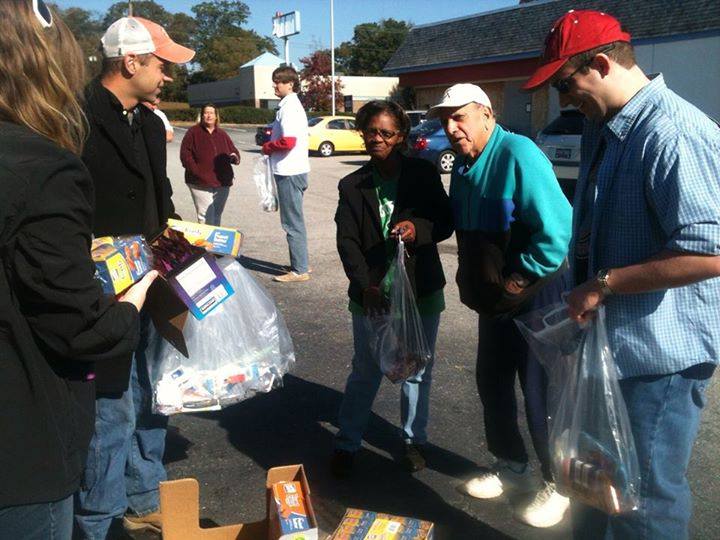 Landrum had said “They can have the devil there with them, but they better not come across the street.” I don’t see the devil in any of those pictures. Just kind, wonderful, godless people trying to help the people around them.

I also don’t see a “No Christians Allowed” sign.

And this is just the beginning.

Susan Bryker, the group’s Social Media Director, tells me they’ll be volunteering on November 16 at the Greer Soup Kitchen. Considering the GSK is “a part of Daily Bread Ministries,” I think it’s a safe assumption that this is also a Christian group, one that doesn’t have a problem with non-religious help. (What say you to that, Landrum?) Sue added in an email, “[the Greer Soup Kitchen] even wrote to us during the recent media frenzy to tell us how much they look forward to us coming.”

They’ll also be returning to where they were today, across the street from the Spartanburg Soup Kitchen, to do another giveaway. Next time, they’ll be handing out coats, gloves, blankets, tarps, and more.

And in December, they plan to provide gifts, including clothes and requested toys, to children in the Spartanburg foster care system.

In order to make that particular event successful, the Upstate Atheists could really use your donations. They more you give, the more they can give away. If you want to support what they’re doing, please consider chipping in a little something here! You’ll be making the holidays that much better for those foster children.

What an admirable way to handle a shitty situation. A Christian showed the world that her faith prohibited her from doing the right thing while a group of atheists showed everyone that their lack of faith compels them to help other people.

October 27, 2013
Help Make the Secular Hub an Even Better Gathering Place for Atheists in Denver
Next Post 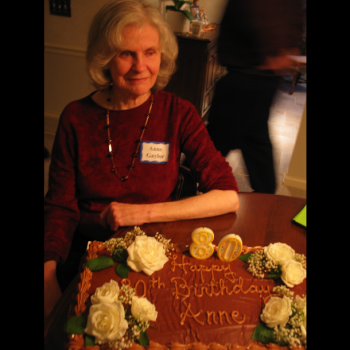 October 28, 2013 Four Decades and 20,000 Abortions Later, Anne Nicol Gaylor's Organization is Still Going Strong
Browse Our Archives
What Are Your Thoughts?leave a comment