We know there aren’t gathering spaces for atheists on damn near every street (like there are for some religious groups we know…) and a bunch of atheists in Denver, Colorado attempted to amend that situation earlier this year with the opening of the Secular Hub: 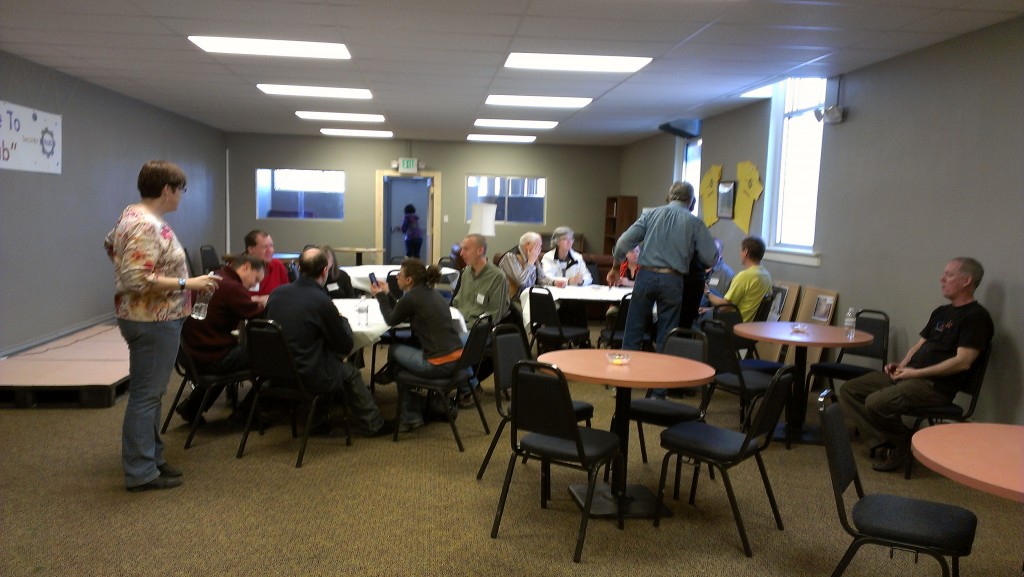 At the most basic level, the Secular Hub is a meeting place for secular minded groups in the Denver area. But the Secular Hub has the potential to be much more than this. Our vision for the Secular Hub is that it will be the center, or hub, of the secular community in Denver. It will be a place to see a science lecture, watch a movie with friends, participate in community service or charitable events, or just to meet up with like-minded friends. For some, it will be a haven as they try to escape from a destructive religious background. We hope that the Secular Hub will become a model for similar projects in other cities in the United States and beyond.

In order to make it work, though, they need to raise some money to cover the rent and they’ve set up an Indiegogo campaign to do it. If you live in the area or support a group that’s trying to create a safe space for non-religious people to meet, greet, and converse, please consider helping them out!

October 27, 2013
Jesus-Worshiping Judge in Tennessee To Be Disciplined in 'Baby Messiah' Case
Next Post

October 28, 2013 This is How the Upstate Atheists Bounced Back After Being Banned from Volunteering at a Christian Soup Kitchen
Browse Our Archives
What Are Your Thoughts?leave a comment