Christianity Today published a piece by Trillia Newbell about women who “struggle” with pornography. They have an “addiction” to it, the article says. 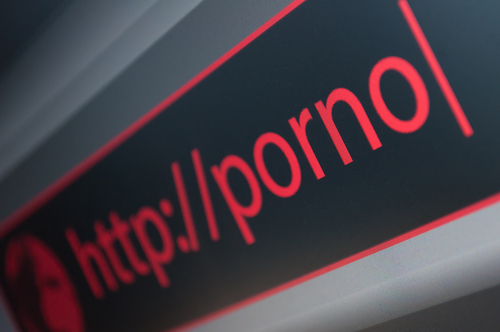 But Rachel thinks there was something seriously wrong with her (and Newbell agrees):

Every morning and evening — sometimes even in the afternoons — I would engage in those things. On the outside I was a straight-A student, a leader in my high school’s chapel band, a core part of my youth group, a social butterfly, and a talented athlete. On the inside I was slowly wasting away, chained to my addictions and the woundedness that I was trying to avoid. For those four years I led a double life, and I was good at it.

Show me a teenager who *doesn’t* live Rachel’s version of a “double life” and I’ll show you a liar.

Maybe “Sally” has a more terrifying story to share:

And after they broke up, her problems just got worse:

I remember watching a steamy scene from The Notebook (and if you’ve seen the movie, you know the one) on YouTube, and before I knew it I was viewing pornographic material. I was shocked at how fast it led there.

Sally was so devastated by her own actions that she “cried out to the Lord for help [and] asked to be delivered from… sexual sin.”

Finally, we arrive at “Sarah.” How bad is her addiction?

As a kid, I was exposed to sex scenes in movies and sex chatter among other students at school, who repeated details of what they had heard of, seen, or done. I began to develop impure thoughts and daydreamed about sexual activity…

In college, I was a virgin addicted to pornography. More of my friends were having sex and telling me about it, and I wanted to see it for myself without actually taking part. I ran into pornography on social networking sites. I would go to sexually explicit chat rooms and watch webcams.

I’m not trying to mock these women. I just feel bad for them. They’re so repressed that they believe thinking about sex or watching an online clip of people having sex is something so horrible that only Jesus can save them from it. They think having thoughts about sex makes them impure, somehow, and that it’s unnatural and evil… when the truth is there’s nothing wrong with them at all.

Instead of shutting off the computer, maybe these women need to take a second look at their faith. That’s the cause of the real damage.

October 25, 2013 Peter Boghossian Offers Advice on How to Create Atheists in His New Book
Browse Our Archives
What Are Your Thoughts?leave a comment