A former Bible teacher at the Christian Academy of San Antonio will be spending the next 10 to 12 years in prison. A judge sentenced Robert Louis Rosseau to that term yesterday for sexual assaults on underage girls. 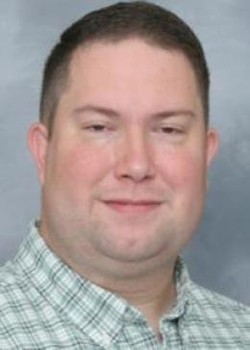 Rosseau’s modus operandi was to approach teen students with a fanciful story about a “secret society” he wanted them to join,

…which was based on Christianity, the occult, magic and Freemasonry,” according to court documents.

He succeeded in recruiting two girls but ran into trouble with the third.

Rosseau told her he was a “38th degree mason and he needed to add a third person into the ‘society,’” and also alluded to sexual contact being required to build trust that was needed “for the order to operate.”

When the police got wind of the matter and started investigating,

…the other girls told officers they would smoke marijuana and salvia from a pipe as part of the rituals involved with the society, and that Rosseau would sometimes read them Bible passages while sexually assaulting them.

Rosseau should thank his lucky stars that the judge showed him considerable leniency; his offenses are punishable by 20 years in prison.

October 24, 2013
Another Atheist Condemns the Attack of a Christian Pastor
Next Post

October 25, 2013 Did Jesus Exist? And Does It Even Matter?
Browse Our Archives
What Are Your Thoughts?leave a comment