Church That Initially Refused to Post Video of Debate Where Christians ‘Were Not Represented Well’ Finally Relents October 22, 2013 Hemant Mehta

A couple of days ago, Richard Wilson posted an article on this site explaining a debate he attended at Adventure Christian Church, a mega-church in Roseville, California.

The debate centered around the question of whether Christianity or Secular Humanism provided a better foundation for civil society. Dr. David Marshall represented the Christian side while Dr. Phil Zuckerman represented the non-theists. 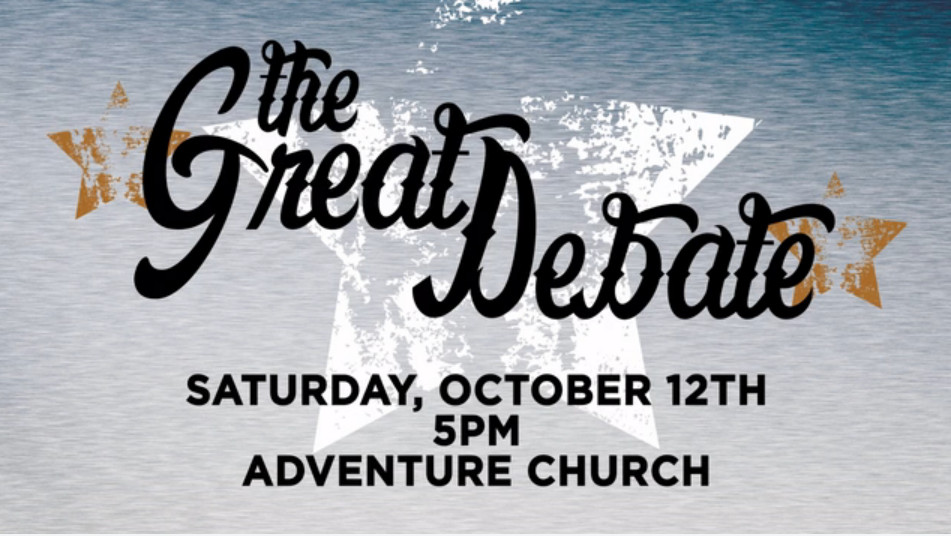 As Richard noted, the church never posted the full debate online. Instead, they posted a few “rebuttal” videos responding to certain points made in the debate. But why not the actual thing so we could see it all for ourselves?

Zuckerman offered an explanation in a Huffington Post piece:

When I called pastor Bryan [Hardwick], and asked him why they are refusing to post the video — even after repeated promises of doing so — he replied, “It just didn’t go the way we wanted it to go. We were not represented well.”

In other words, we lost and we don’t want to embarrass ourselves any further.

That’s pretty much the worst thing they could’ve done. Had they posted it a week ago, it probably would’ve gone under the radar. Instead, after the posting on this site, the church’s Facebook page and several comment threads on Reddit were inundated with messages (from both sides) calling for the video to be made available.

Tonight, the church finally did the right thing and posted the video online:

After the debate, I honestly thought the video posting was my choice to make, and I was floored to learn that our decision not to post it was considered by some as evidence of close-mindedness. I apologize for not posting this debate earlier, and now that we have clearly heard from both presenters, we are posting the debate.

I hope that the conversation about civility can continue and might return to the civil tone in which it began.

It’s too bad it took this long for Stedman to do it, but I’ll take him at his word here and chalk the original decision up to his just not knowing any better. Whether it was out of genuine ignorance or a fear of more bad publicity, the video’s finally available for all to see. We can now go back to criticizing bad arguments made in the name of Christianity instead of bad decisions made by individual Christians.

My thanks to Richard Wilson for sticking with this story.

October 22, 2013
Ruler of Peaceable Brunei Gives Thumbs-Up to Stoning Adulterers and Other Sharia Savagery
Next Post

October 23, 2013 Can You Criticize a Religion Without Studying It?
"Good point."
Len Woman Injured After Falling 20 Ft. ..."
"we are genetically programmed to take more risks since we are so much less important ..."
crackerMF Woman Injured After Falling 20 Ft. ..."
"A few seconds . . . that was my limit, still is."
David This Heavy Metal Remix of Televangelists ..."
"Don't forget the old why buy the cow if the milk is free slander. Tells ..."
Fafnir the fugitivewageslave For Many Christian Women Raised in ..."
Browse Our Archives
What Are Your Thoughts?leave a comment