Atheist Churches for All? The Sunday Assembly Wants to Create a Global Platform October 21, 2013 Hemant Mehta

Atheist Churches for All? The Sunday Assembly Wants to Create a Global Platform

The Sunday Assembly (a.k.a. The Atheist Church) is getting ready for the next phase of its growth: Making it easier for people to begin their own assemblies.

To that end, they’re launching a major fundraising campaign to create a professional website that can make that whole process all the more seamless:

Their goal is £500,000 — more than $800,000 — though this is an Indiegogo campaign, not a Kickstarter (meaning they’ll keep whatever they earn, regardless of whether or not they reach the goal). 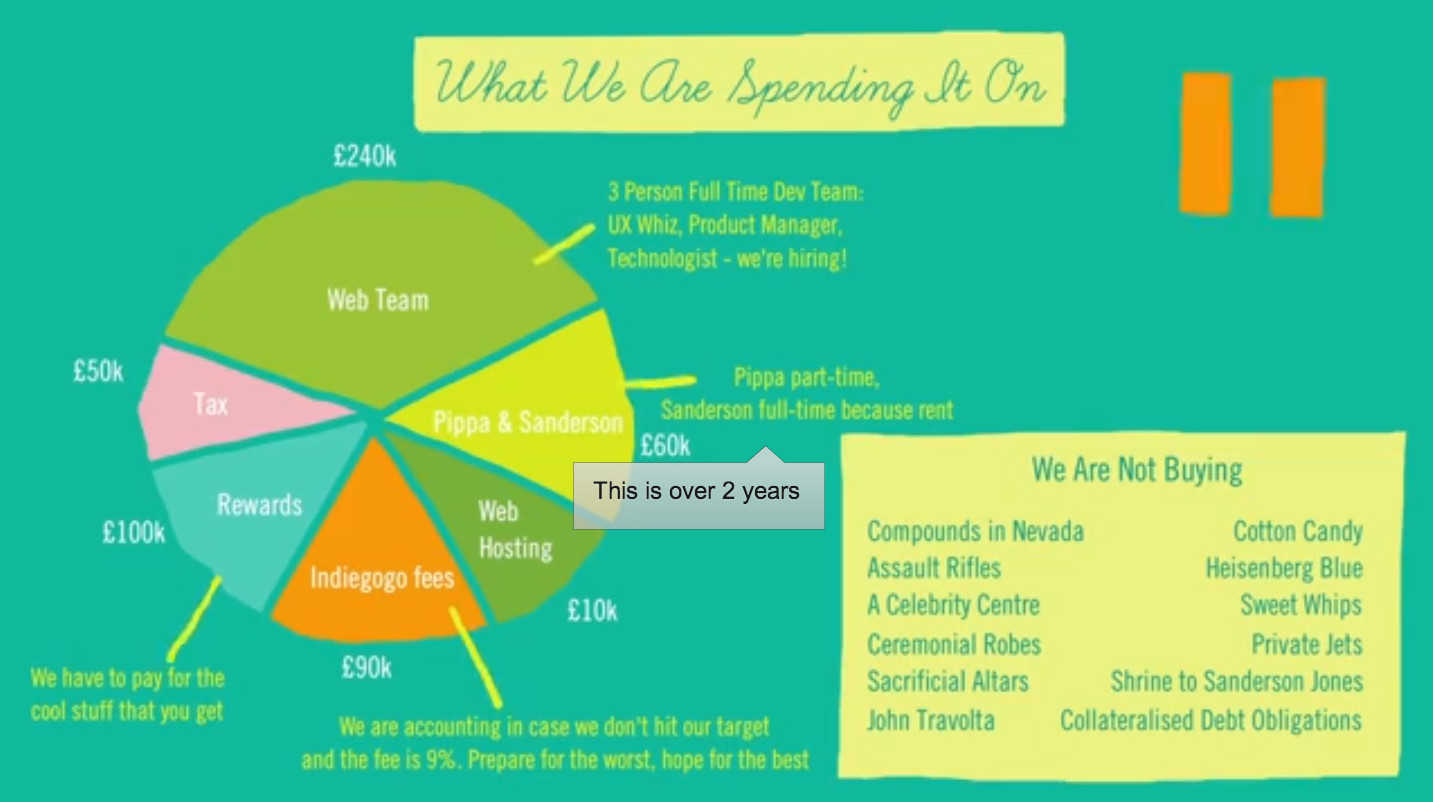 One of the common criticisms of the Assembly — I just heard it from a reporter on Friday — is that it’s too much like religion. I could dispute that easily, but I would urge co-founders Sanderson Jones and Pippa Evans to do the one thing that would crush those kind of arguments in a heartbeat: Make all the finances transparent. Show exactly where the money goes. Release all future tax returns for the Assembly. (The image above, taken from the fundraising video, explains where the £500,000 would go and is a good start.) Christian churches are notorious for hiding where all the tithes and other donations go, and I would love to see “transparency” used as a retort to anyone who claims “it’s just like religion.”

Jones spoke to Wired (UK) about the campaign:

He describes the monthly service as the Minimum Viable Product. “It’s the smallest thing you can do to start the community,” Jones explains. Once people have learned how to do that, they can add more volunteers, then “add a book club, a philosophy club, then make it twice a month and then weekly…” he adds.

Beyond the meetups, Jones has ambition to move towards community action projects. “So many things churches do are really amazing. We want to combine that urge with the scalable backend and then it’s really crazy to think about what we could achieve.”

“If you talk about there being no God or humanism, people don’t always know what that feels like. But we celebrate life. Just being alive is this wonderful thing and it really inspires people to do stuff.”

Incidentally, there have been other atheist groups trying to do similar things and it’s led to pseudo-infighting. Alain de Botton has his School of Life complete with a “Sunday Sermon.” (Botton said to Time Out London: “Sunday Assembly is a blatant rip-off of what we do.”) In New York, a group has split from the Sunday Assembly to create a more Capital-A-Atheist-friendly Godless Revival.

None of them are original. All of them are borrowing and adapting ideas that churches have been using for a long time now. The biggest difference in my mind is that Evans and Jones have found a way to connect with more people than anyone else. They’ve made their vision more appealing to the masses and they’re hoping their fundraising campaign makes it even more scalable.

If you’d like to contribute to their efforts, you can do so here.

October 21, 2013
According to Catholic Chastity Site, If You Are Impotent, Your Marriage Doesn't Count
Next Post

October 21, 2013 Transgender Atheist Fights Kenyan Government (And Christian Law Firm) For Recognition
"And to some people Mary is probably a 'MILF'(ducking cause I know some people gonna ..."
Cozmo the Magician Angry Christian Mom Condemns “Graphic and ..."
"As long as they stay within their *compound*."
Jim Once Again, Video Shows Ultra-Orthodox Jews ..."
"Linda Wood has twisted panties syndrome ."
Jim Attorney Lin Wood Spreads Deranged Lie ..."
"Sure! Are you offering?"
Sandy Plage Judge: Civil Cases Against Danny Masterson ..."
Browse Our Archives
What Are Your Thoughts?leave a comment