Hispanic-American Adults Are Less Catholic and More ‘Unaffiliated’ Than Ever Before October 18, 2013 Hemant Mehta

A new graphic from PRRI released yesterday highlights the big changes: Fewer Catholics and more religiously unaffiliated Hispanics than ever before: 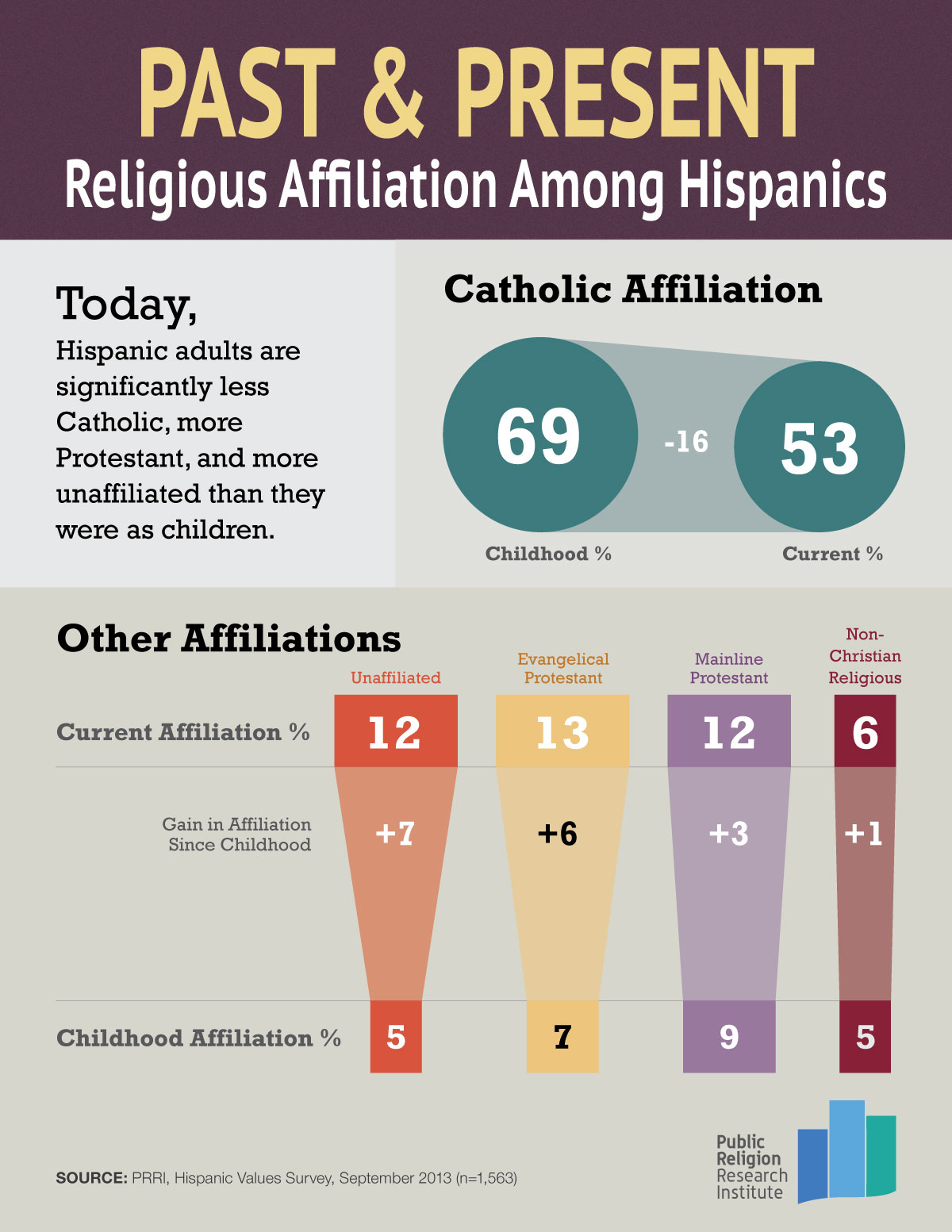 Kimberly Winston reached out to a Hispanic leader in the atheist community to see if the numbers lined up with what he was seeing:

That reflects the experience of David Tamayo, president and founder of Hispanic American Freethinkers, a national organization of nonbelievers of Latino origin…

“I can count on one hand the number of Hispanic nones I know who were raised atheist or agnostic,” he said. “All of them were taken to church as children, were baptized. So I think the study reflects a lot of the reality of the nones.”

I imagine similar results would hold for just about any immigrant community. First Generation-ers (like myself) grew up in cultures where ethnicity and religious beliefs were intertwined. We’ve found ways to untangle the two and shed the part we can do without. I suspect the next generation will become even less religious than ours — how strange it will be when one’s ethnicity isn’t bound to a particular religious identity.

October 18, 2013
Dr. Ben Carson: The Secular Movement's Promotion of LGBT Rights Endangers 'Everything Else in the Bible'
Next Post

October 18, 2013 The Real Game: Is This Evangelist Serious or Acting?
"Thanks for calling your readers' attention to this! I've written to Amazon, and I hope ..."
Cloudy Day Why Did Amazon Remove Reviews of ..."
"Ugh! The poster boy for sociopathy."
Richard Wade Preacher: Don’t Call Me a False ..."
"I loved helping people from NY and NJ, they were straightforward and could deal with ..."
Feminerd Appeals Court: Boston Does Not Have ..."
"https://uploads.disquscdn.c..."
bombcat Here Are Preachers Predicting Trump’s Re-Election… ..."
Browse Our Archives
What Are Your Thoughts?leave a comment