After seeing the incredibly awkward interview between Oprah Winfrey and marathon swimmer and atheist Diana Nyad, in which Winfrey implied that Nyad wasn’t really an atheist because she found awe and beauty in the world around her, the Boston Atheists (an affiliate of American Atheists) are calling for an apology:

In response to Oprah Winfrey’s biased comments against atheists in an October 2013 interview, the Boston Atheists are asking for support in asking her for an apology and some gesture of acknowledgment and affirmation toward the secular community. Whether that means inviting she invites [group President] Josiah D Van Vliet on camera for a sit-down on camera to talk about atheist community organizing, or about how atheists can listen to and understand and appreciate music, depends entirely on how much noise we can make about this!

I doubt that Oprah’s going to invite an atheist on her show just because we’re upset about something she said, but offering an apology to Nyad, on her show or on her website or even on Twitter, would at least be a gesture in the right direction.

To that end, the group has created a number of highly-sharable images that you’re welcome to spread through your social media networks: 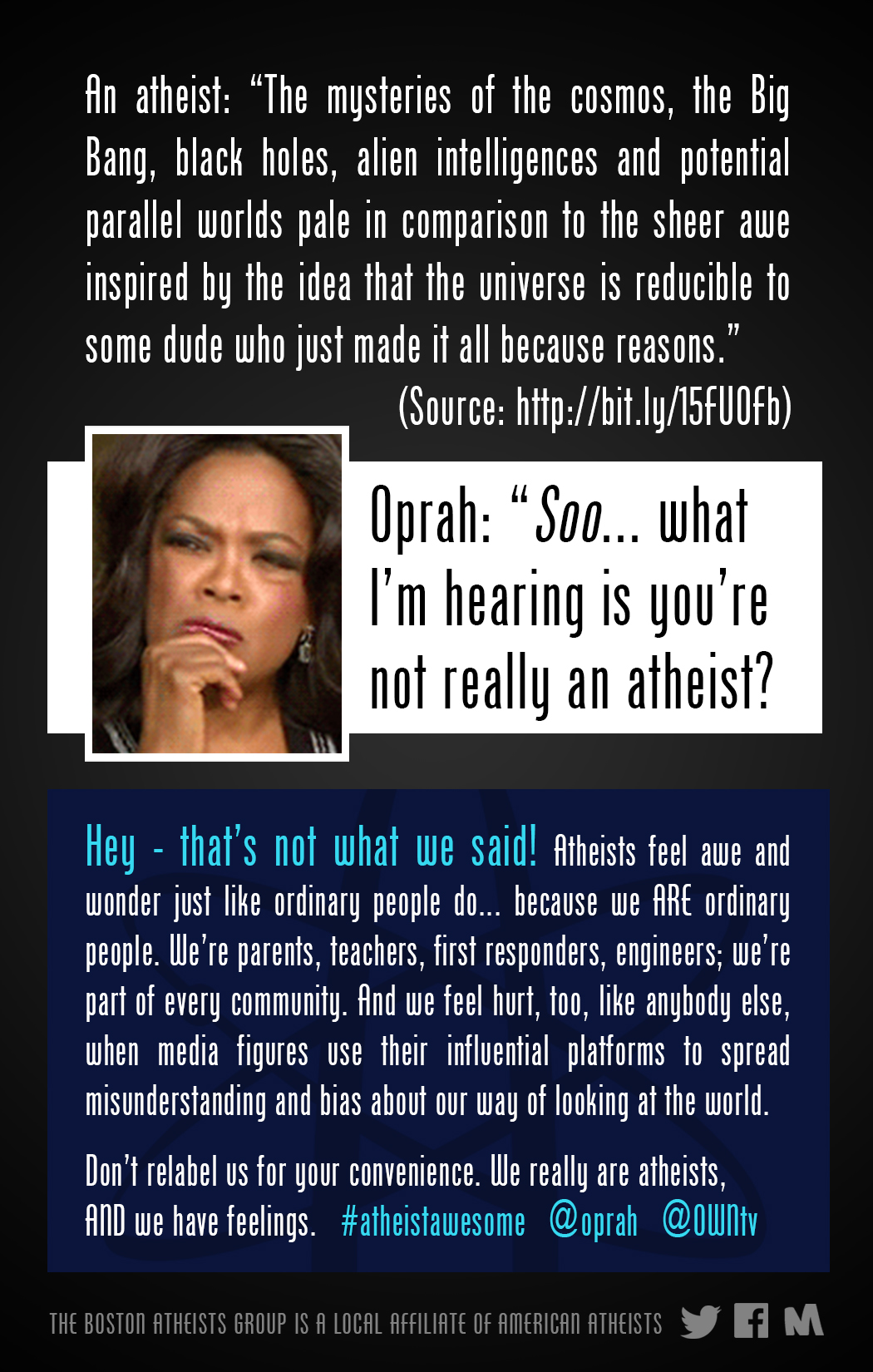 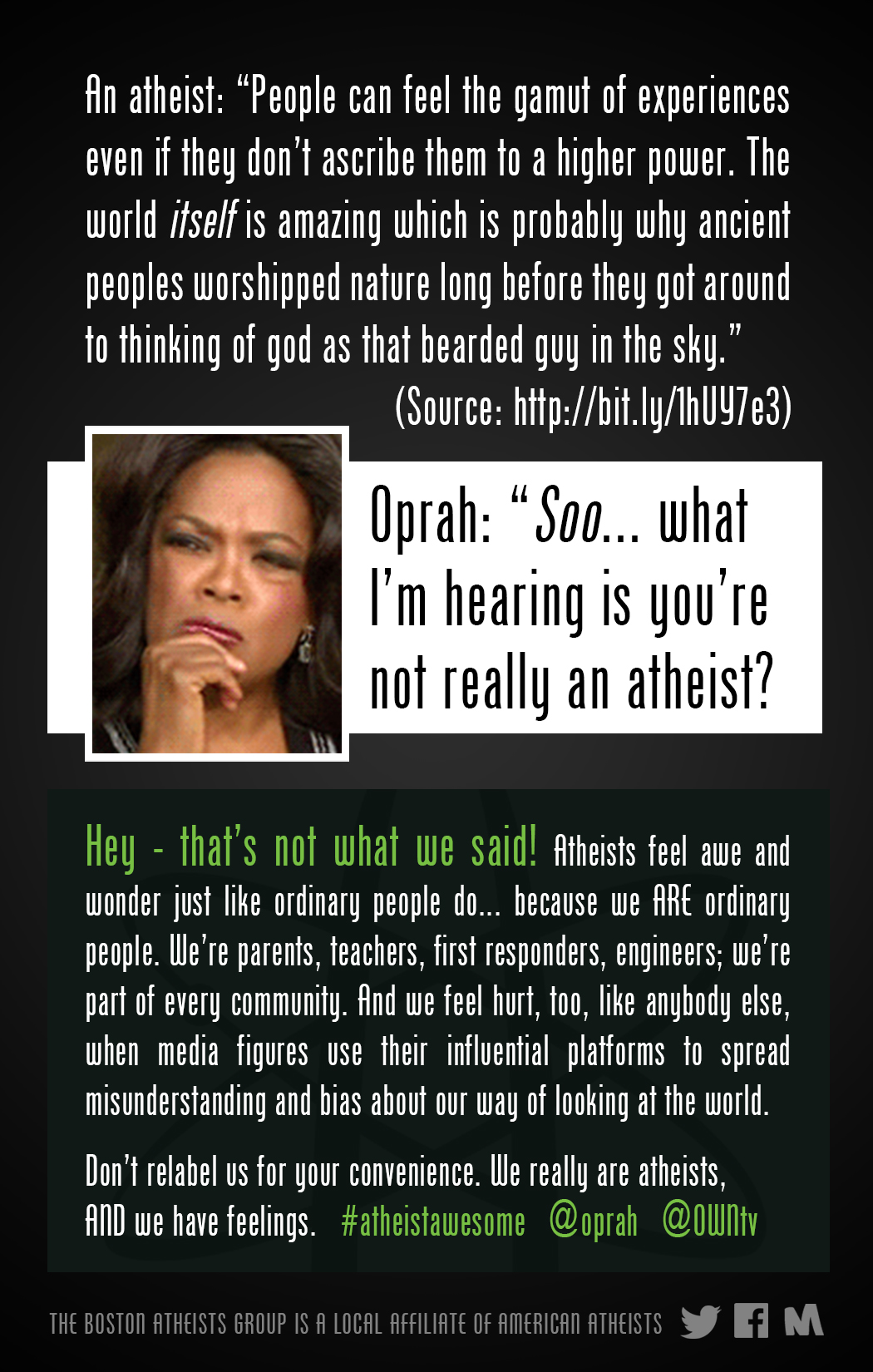 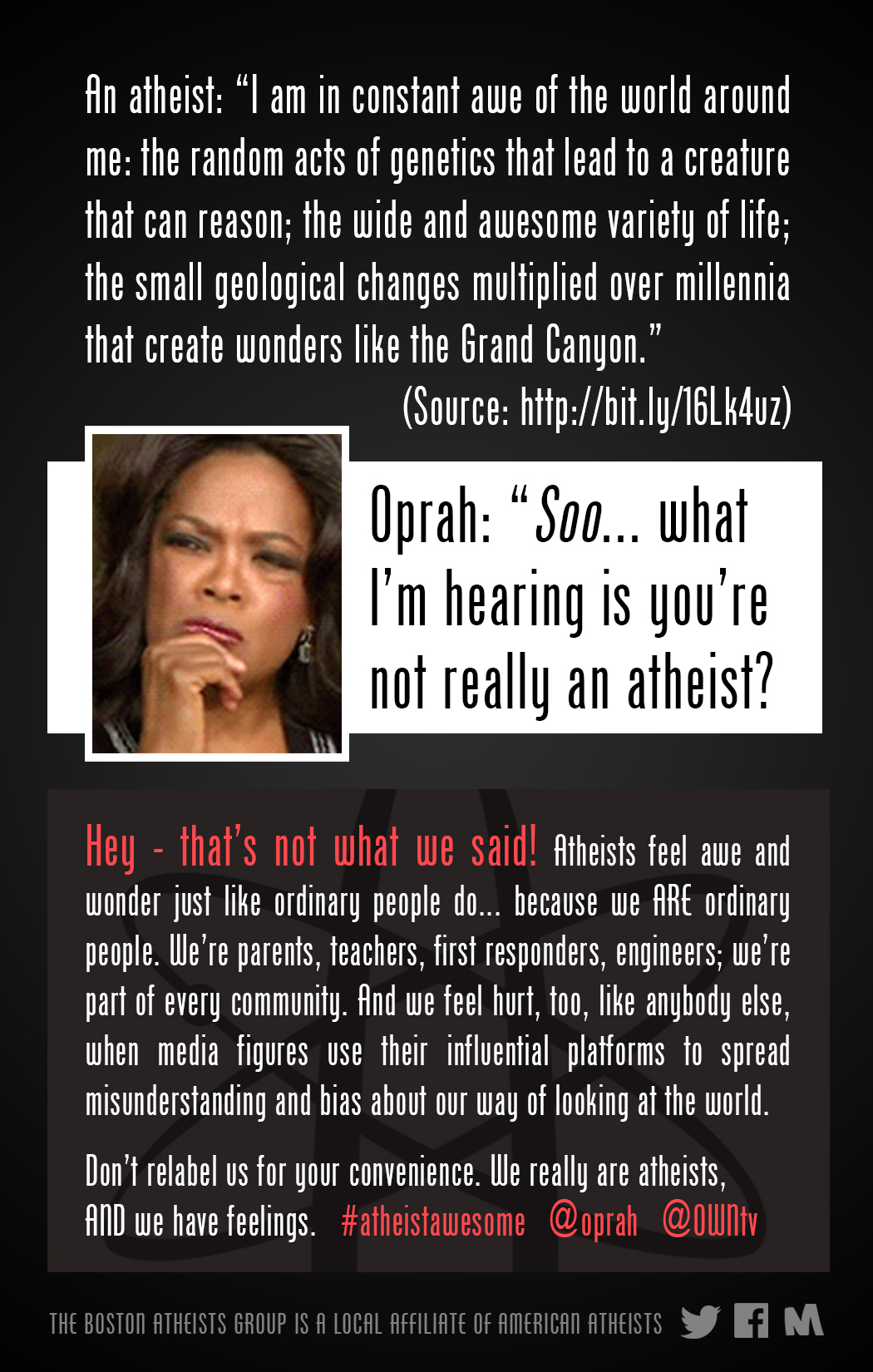 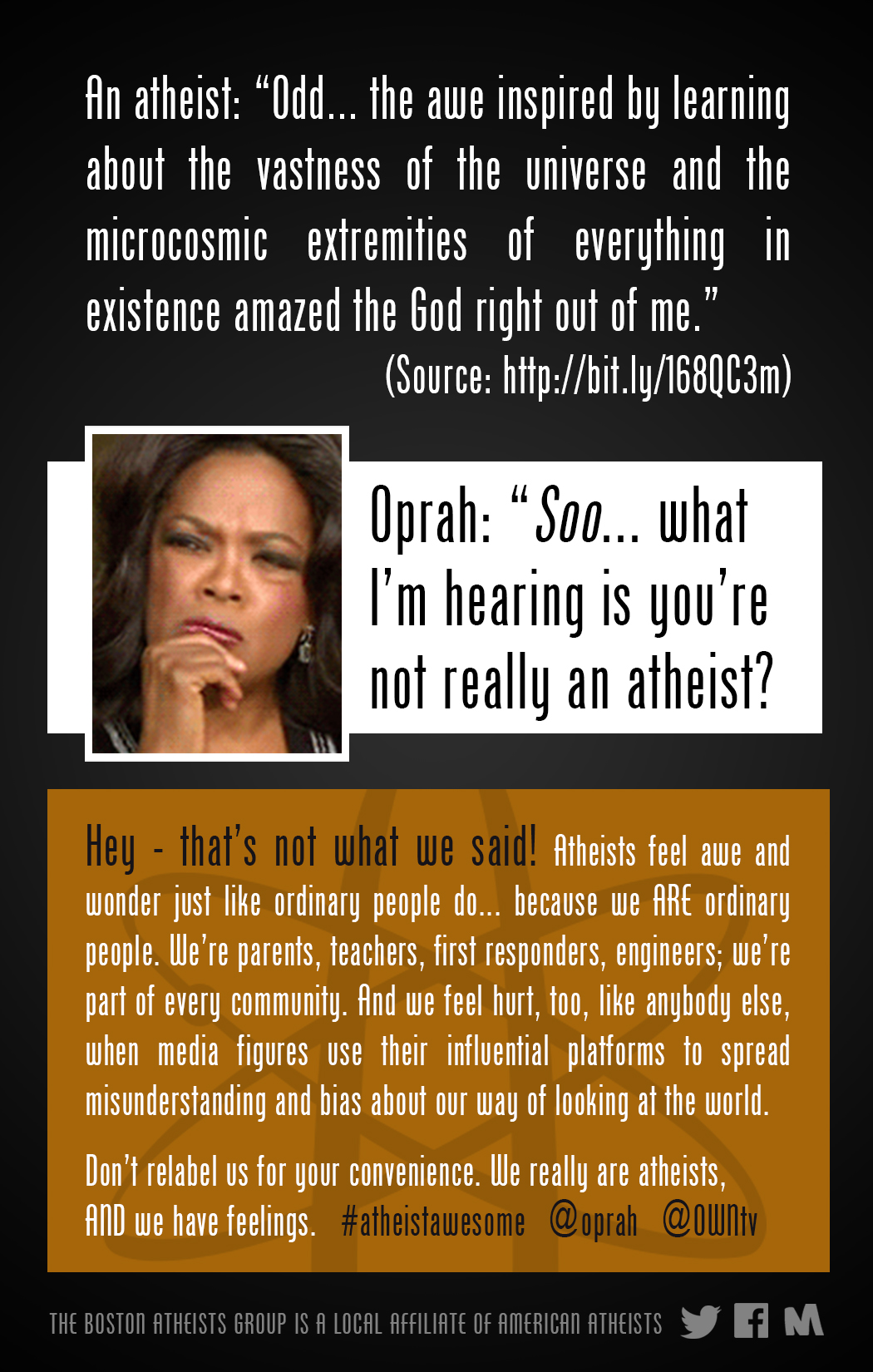 If Oprah responds, I’ll post an update. (You may not want to reschedule your plans just yet…) 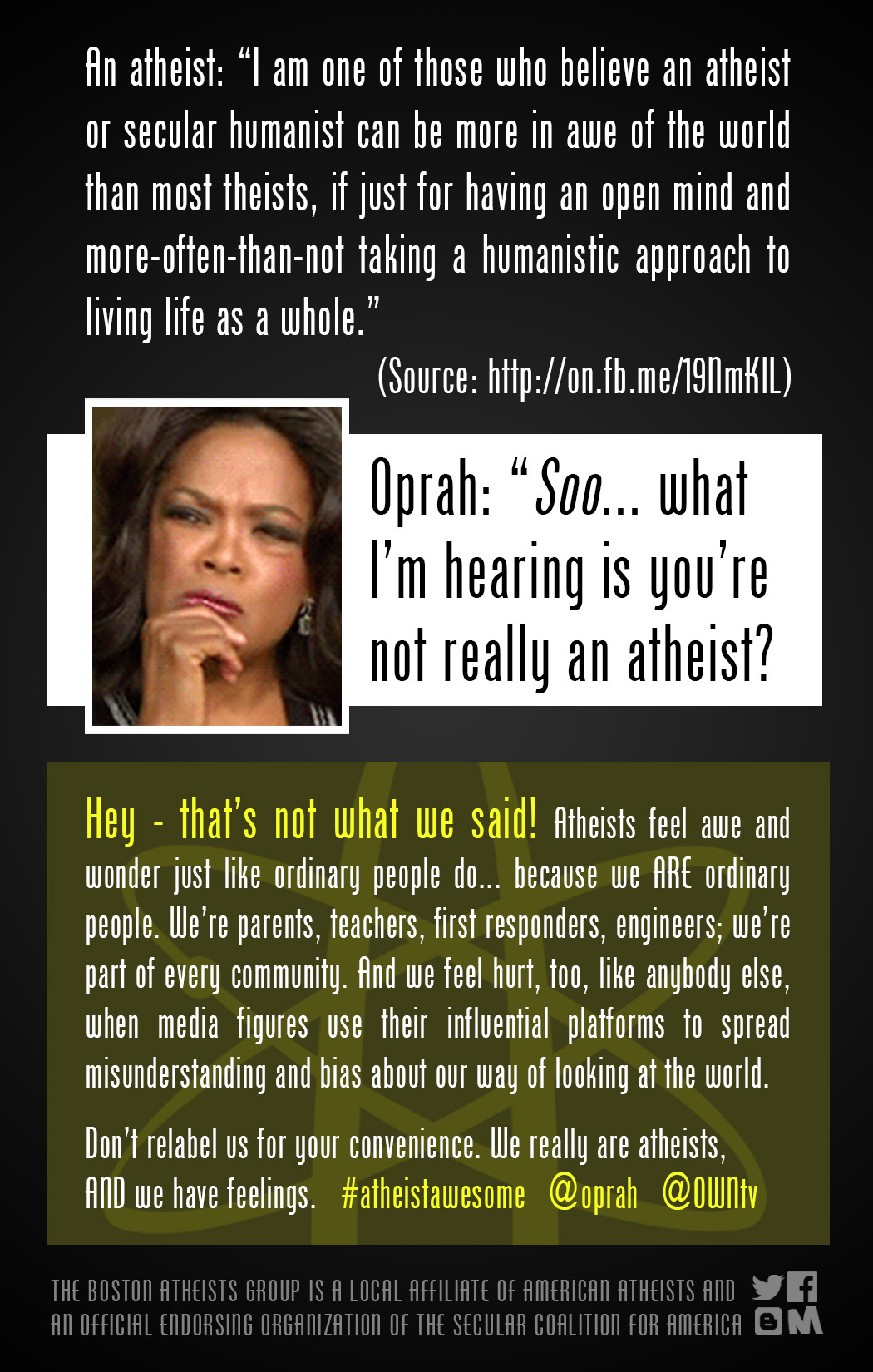 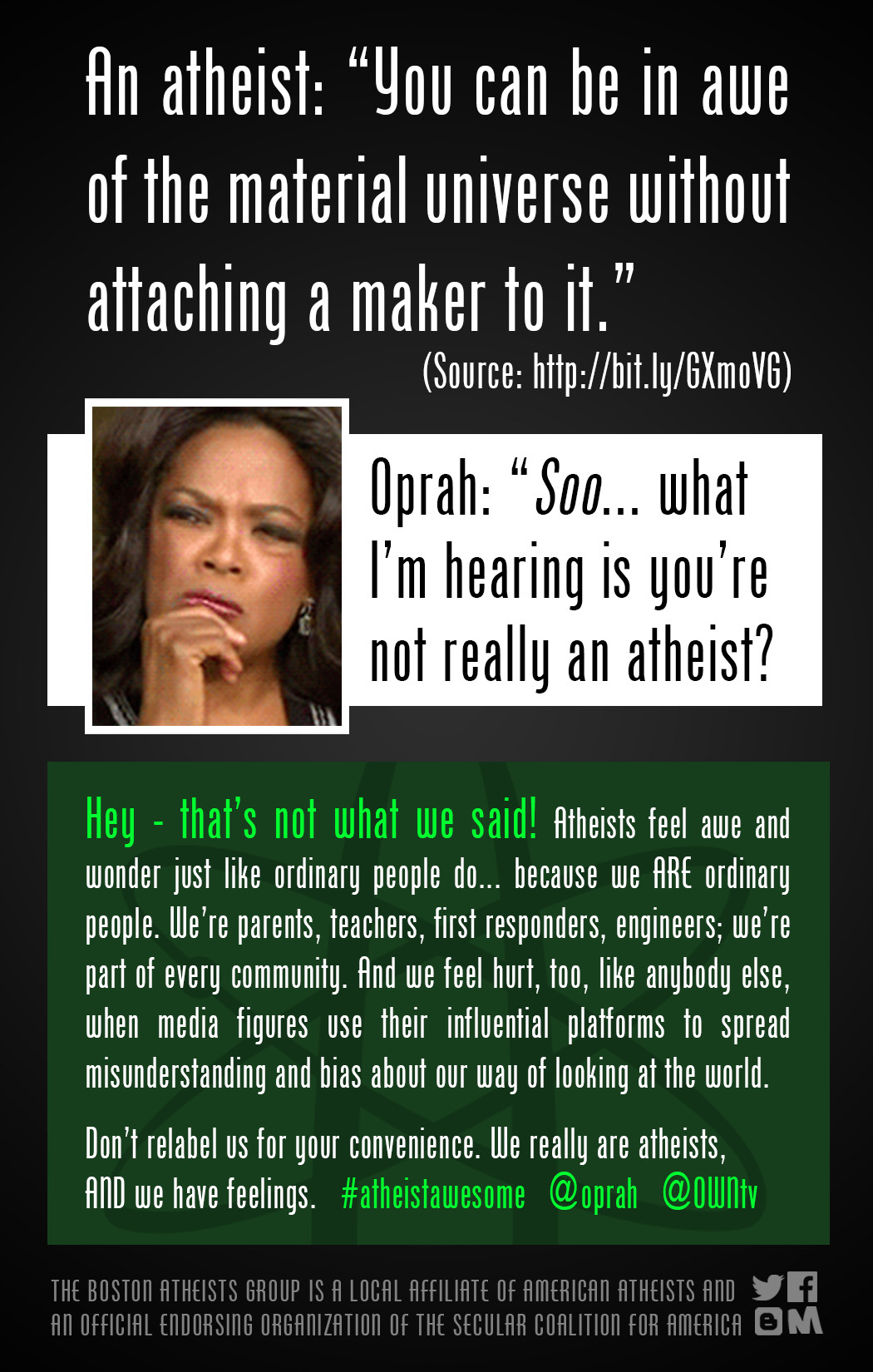 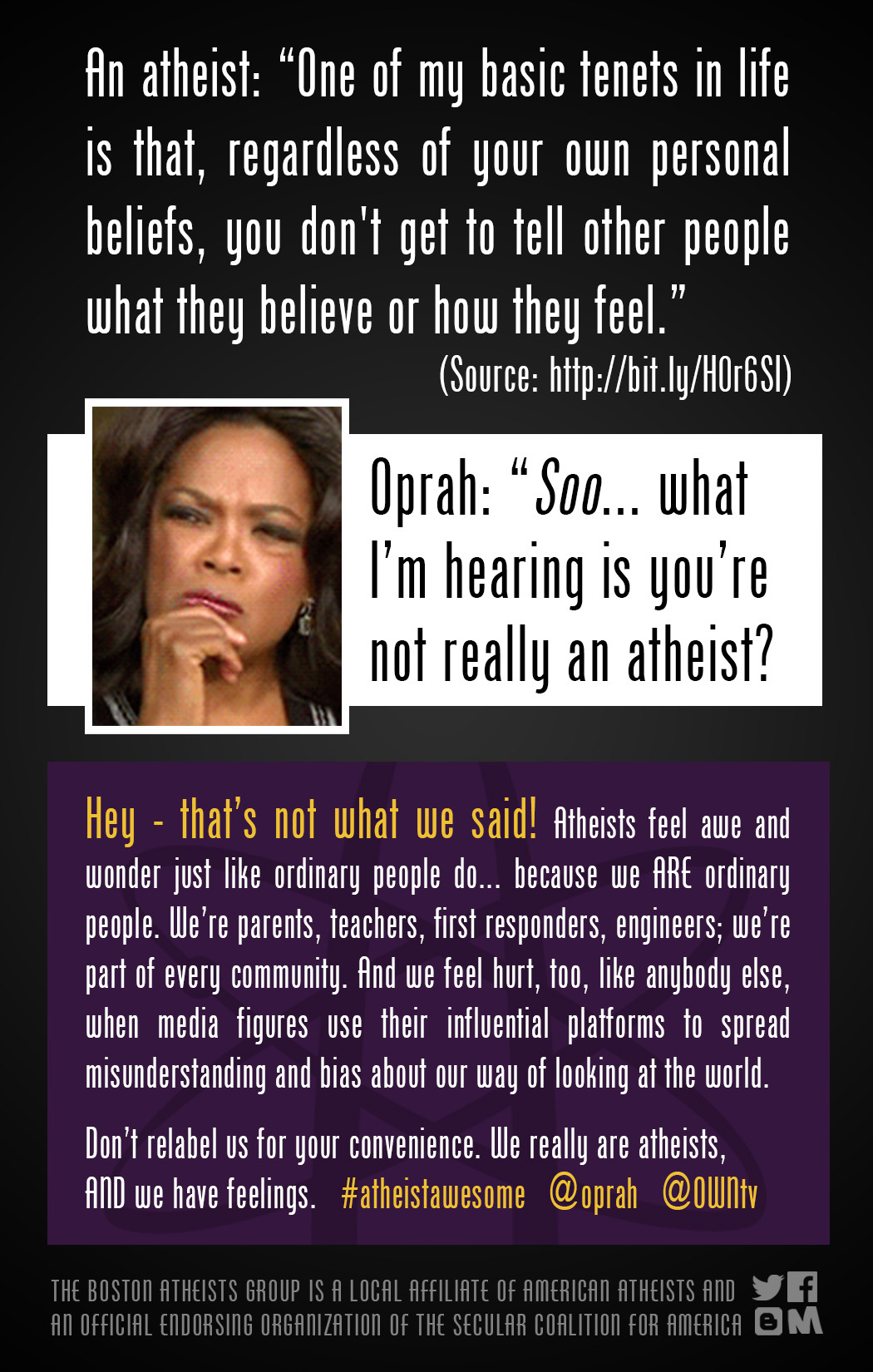 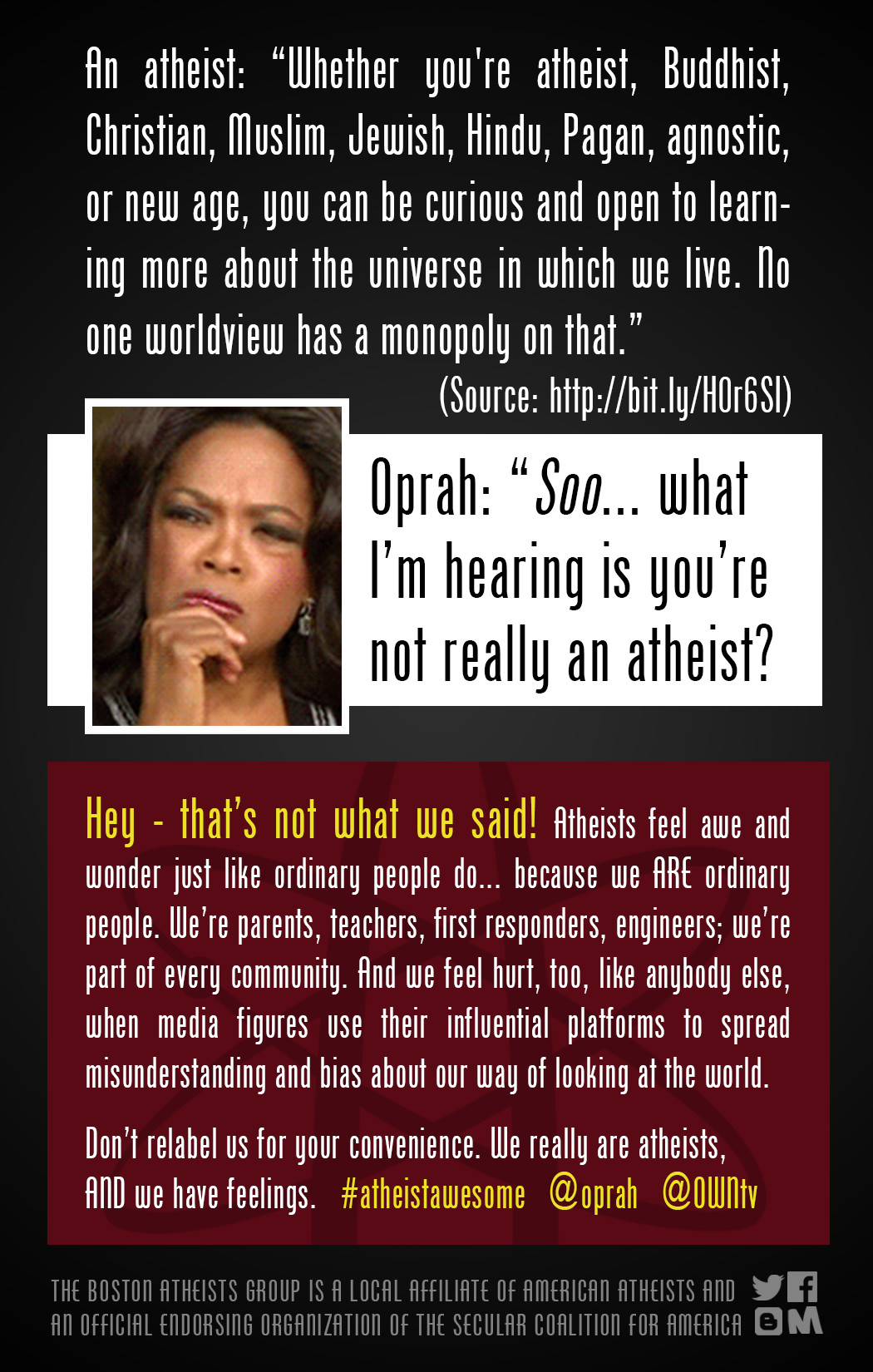 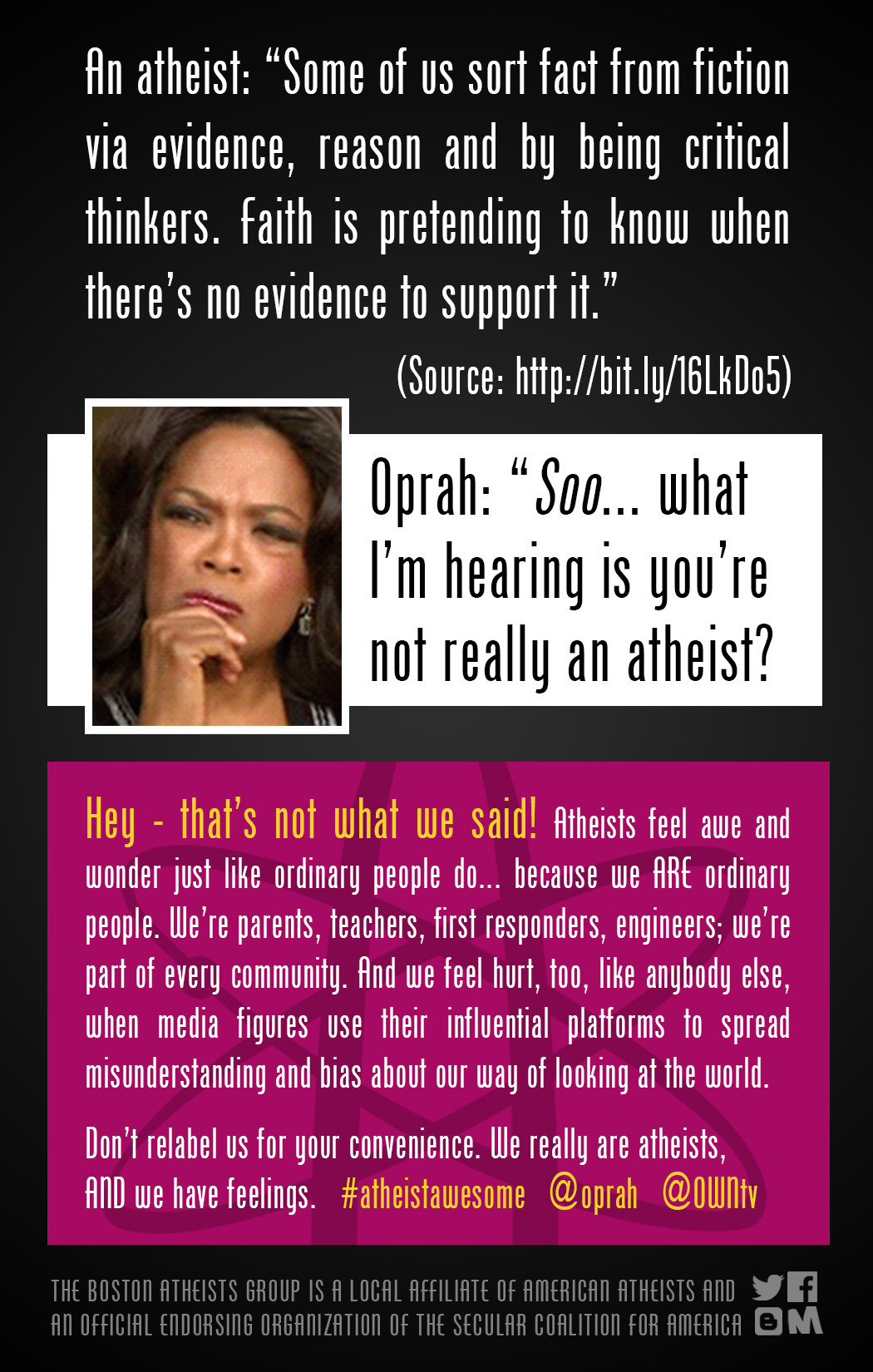 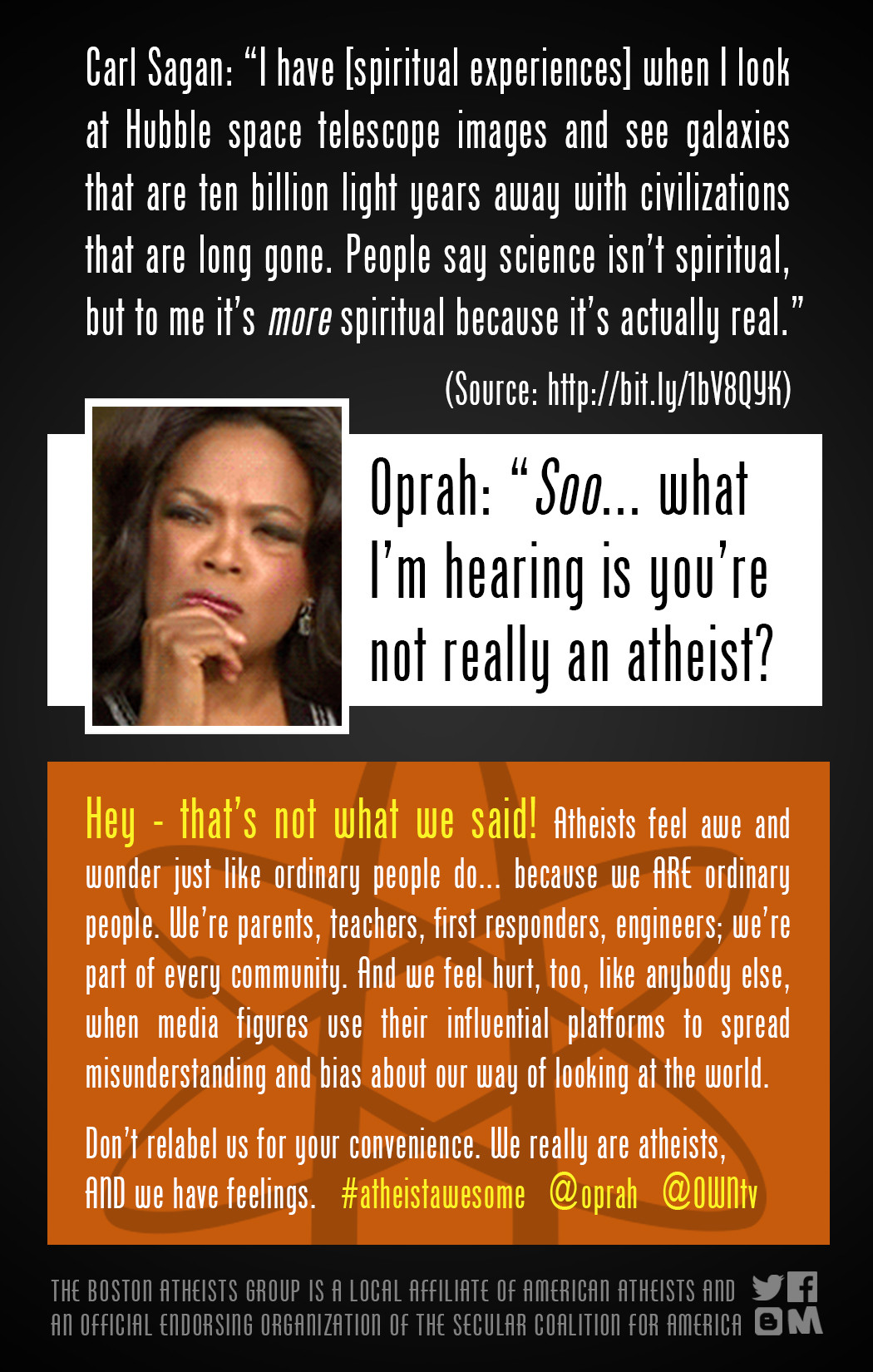 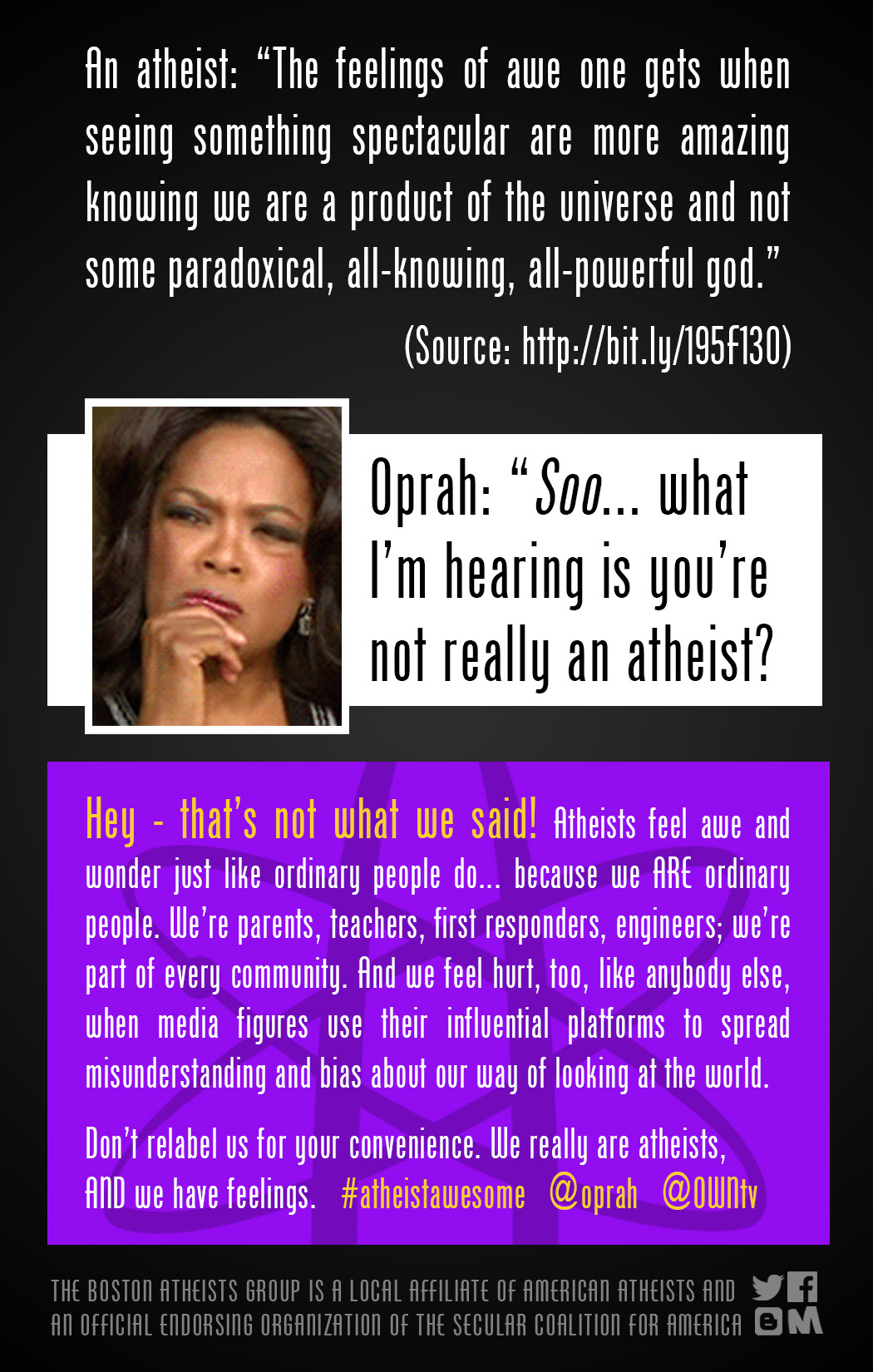 October 16, 2013
Do I Care if Other People are Religious?
Next Post