A Rebuttal to Paul Harvey’s “If I Were the Devil”

[Note: Among the many things conservative radio broadcaster Paul Harvey was known for was his essay “If I were the Devil,” versions of which you can see here. This piece is a rebuttal to Harvey’s essay.] 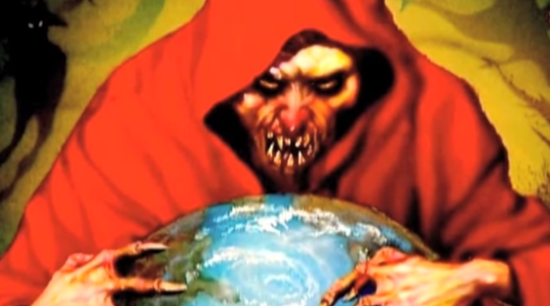 If I were the Prince of Darkness I would want to engulf the world in the darkness of ignorance; I would use this ignorance to cause divisiveness among men, and my success would give me control of every nation in the world.

First, I would invent religion. Not just one religion, but many religions, and I would delude the followers of each into believing that theirs was the “one true faith.” In so doing, I would promote an attitude among mankind that the followers of religions other than their own must do so only through ignorance or the primitiveness of their culture. And I would promote an attitude among them all that those who refuse to accept any religion are delusional, arrogant, or evil;

I would have families indoctrinate their children into their particular religion prior to an age at which the children could understand or question the concepts of that religion. I would know that children are trusting of their parents and very few will ever consider that their parents could possibly be wrong about a topic of such consequence;

I would have everyone believing that anything they ever experienced that might be beyond their personal understanding must be rooted in supernatural causes;

With the cunning of a fox, I would make them believe that I was the Creator of mankind, the earth and the entire universe. I would have them believe that their achievements could only happen under my guiding hand, and that any tragedy that befell them happened at my will for reasons beyond their capability or need to understand;

I would convince some of them that failure to worship and love me would result in their having an eternal punishment following the end of their already wretched earthly lives;

If religion were not fully sufficient to cause divisiveness between men, I would teach them to weave flags and create borders between lands, and I’d give those born within each border a feeling that they are more deserving of the resources within their own borders than those who aren’t;

I would fool some of them into including religious symbols or oaths into their currency and nationalistic pledges in such a way that any who took offense would be seen as unpatriotic.

My closest disciples would work to pass laws subjugating all men who reside within certain borders to live according to the religion most prevalently followed within those borders;

I would convince humanity that men who lived in earlier times were inherently wiser and more pure of heart;

If some of the people began to study, unlock and understand the realities of nature I would have them branded as blasphemers; If these blasphemers attempted to educate others about the true nature of the universe, I would have my disciples fight tooth and nail to stop them;

If I were the devil I would make men believe that they are superior to women; that work performed by a woman is not worthy of the same pay as that performed by a man; and that laws should be passed to deny women from controlling their part in reproduction;

I would make humans think that they are my favorite form of life and that other animals need not be treated with respect or compassion;

I would make euthanasia a crime so that I could enjoy watching the terminally ill writhe in agony or spend their final days in a drug-induced stupor;

I would persuade people that sexuality comes solely from personal choice, and that those who are not heterosexual are sinners not entitled to the rights of other citizens.

I would infiltrate the wealthiest of corporations and instill in their leaders the idea that they and only they are entitled to live in comfort and I’d tell them that those who labor on their behalf are not worthy of pay or benefits that would enable them to live without having to worry about having to choose between paying the electric bill or the water bill, or between buying groceries or buying school supplies;

I might even pose as a professional essayist and get paid to read my propaganda to millions of radio listeners in a neighborly, persuasive voice.

If I were the devil I would do all of these things and more because I would take delight in the immeasurable suffering caused by ignorance and intolerance.

… and that’s the rest of the story. Good day!

October 13, 2013
These Two Kids Will Make You Want to Give to Charity
Next Post

October 14, 2013 What Has Religion Done for Us This Month? Episode 10
Browse Our Archives
What Are Your Thoughts?leave a comment