Massachusetts State Senator William Brownsberger, a Candidate for Congress, Outs Himself as a Humanist

After Senator John Kerry became Secretary of State, Rep. Ed Markey ran for and won his Senate seat. That left an opening in the House, which will soon be filled in a special election this December.

The first stop to that seat is the primary, which will take place next Tuesday.

The overall grades aren’t all that newsworthy… one awful Republican candidate, a handful of good Democratic candidates, a smattering of candidates on both sides for whom we don’t have enough information about to see a grade. 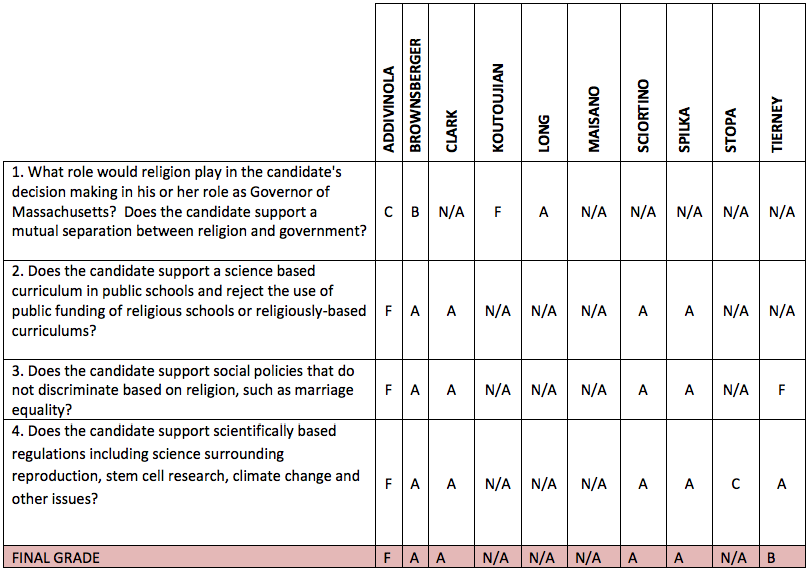 But then we get one incredible response from William Brownsberger, a Democratic State Senator: 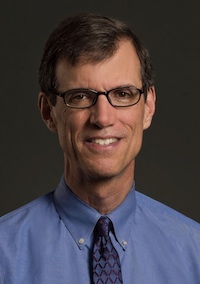 When asked whether he supported “a mutual separation between religion and government” Brownsberger responded in the affirmative (according to his website) and then added this in an email to the Secular Coalition for Massachusetts:

I do support a separation of church and state… I don’t feel strongly about prayers at public meetings — if that helps the people present get themselves in the right frame of mind, I don’t object (although I am personally a [Unitarian Universalist] humanist).”

He responded in another questionnaire for the group:

“My politics are informed by my UU/Humanist values, which come out of the Judeo-Christian tradition.”

Okay, so Brownsberger is trying to play both sides here… he’s not personally religious but he respects people of faith and faith might even be okay at government meetings, and blah blah blah HE’S A HUMANIST?!

That’s not a label you see used by candidates for public office in America, but it’s certainly a welcome one.

Given his response, the Secular Coalition for Massachusetts is asking the other candidates if they, too, are willing to go on the record about their religious beliefs. I don’t know if anyone else will answer the question (and those who do will inevitably say “Christian”), or even if they have to, but this is exactly the sort of thing we need to be doing more of. It’s not the faith label that I care about so much, but their answers to questions about church/state separation. They won’t answer them if we don’t ask them, so hats off to the SCA and its Massachusetts chapter for doing their part.

Brownsberger is currently at 12% in the polls, a far cry from fellow Democrat State Sen. Katherine Clark at 27% and also lower than a few of his other opponents. While the district is a safe one for Democrats, Clark looks like the frontrunner for both the primary and the House seat.

But that doesn’t mean his revelation is meaningless. We need more non-religious candidates to come out and say so. Even if they don’t get elected, they will have made a tremendous contribution by just showing people that atheists are patriotic and care about the communities they represent. Eventually, they’ll become more electable, too, but we have to start somewhere.

The Freethought Equality Fund, a recently-launched political action committee dedicated to supporting candidates who “identify as humanist, atheist, agnostic, and who share our goals of protecting the separation of church and state,” is already urging viewers to send money on behalf of Brownsberger’s campaign:

Freethought Equality Fund is asking all of our supporters to help Senator Will Brownsberger in his election for US House, 5th District in Massachusetts… Sen. Brownsberger has a proven record of fighting for marriage and racial equality, while also working to improve science and technology in Massachusetts public schools. He will be a leader in Congress advocating for equal rights of all Americans, including nonbelievers, and will tirelessly fight to uphold the separation of church and state.

Brownsberger is the first candidate the PAC has supported this way. If you’d like to donate to his campaign directly, you can do so here.

He’ll need a lot of luck to eke out a victory, but he won’t be needing anyone’s prayers.

October 9, 2013
How Many Crazy Things Can Michele Bachmann Say in One Interview? Let's Find Out
Next Post

October 10, 2013 How Religious Can Atheists Be?
Browse Our Archives
What Are Your Thoughts?leave a comment