The Discovery Institute is Mad at Ball State University for Offering the Most Awesome Class Ever October 7, 2013 Jessica Bluemke

A couple months ago, I wrote a bit about Ball State University, its president, Jo Ann Gora, and a science class that was not very scientific.

I was pretty excited to be writing about BSU because Gora was taking a stand for all that is good and true in this world — namely, teaching science in science classes.

After Ball State hired a professor (Eric Hedin) who was encouraging the “theory” of Intelligent Design in his physics class, the Freedom From Religion Foundation filed a complaint. In a great move, Gora and Ball State put the kibosh on that situation, drawing the ire of The Discovery Institute. A representative from the pro-creationism group criticized Gora, calling her insistence of teaching science in science courses “Orwellian.”

Since then, it seems that they have been keeping their beady little eyes on Ball State, ready to spring into action for any real or perceived religious offenses. 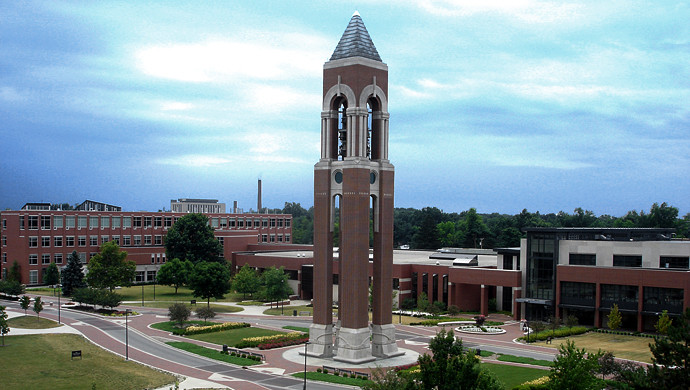 They found what they were looking for in an honors course called “Dangerous Ideas.”

Here’s the description from the course textbook (edited by John Brockman, who runs the popular Edge.org website):

From Copernicus to Darwin, to current-day thinkers, scientists have always promoted theories and unveiled discoveries that challenge everything society holds dear; ideas with both positive and dire consequences. Many thoughts that resonate today are dangerous not because they are assumed to be false, but because they might turn out to be true.

What do the world’s leading scientists and thinkers consider to be their most dangerous idea? … From using medication to permanently alter[ing] our personalities to contemplating a universe in which we are utterly alone, to the idea that the universe might be fundamentally inexplicable,What Is Your Dangerous Idea? takes an unflinching look at the daring, breathtaking, sometimes terrifying thoughts that could forever alter our world and the way we live in it.

I think the book sounds awesome, and I would kill to go back and take that course, so it is of no surprise to me that The Discovery Institute is throwing a fit over it.

John West, the vice president of the Discovery Institute, wrote a 10-page letter to Gora. 10 pages. That’s a lot of space to expound on one’s ignorance. It includes lines like this:

This completely one-sided book appears to be one long argument for atheism.

Indeed, its contributors declare that ‘Science Must Destroy Religion,’ that ‘There is no God, no Intelligent Designer; no higher purpose to our lives,’ and even that science should assume the role currently played by religion and that scientists should function as our ‘high priests.’

Here’s the thing. The reason religion probably comes off as the villain in some of these essays is that… well… it’s kind of been the villain when it comes to the progress of science. Remember that whole Galileo incident? Yeah, us too.

But the Institute insists that this course violates a policy that Gora put in place that forbids “faculty from favoring or endorsing one side of a religious debate over another.”

Further complicating the issue, the course is in the English — not science — department, so it’s not as simple as whether or not Creationism has a place in the science class room (hint: It does not).

Ball State is responding by formally reviewing all of its honors classes, according to university spokeswoman Joan Todd.

The review will include the qualifications of the faculty member to teach the course material, the course content, and the appropriateness of the course pedagogy. It will occur prior to the semester in which the course is offered. Courses scheduled to be offered in spring 2014, as well as those about which concerns have been expressed, are currently under review.

Kind of sounds like a massive waste of time and resources, but as long as it quiets the Discovery Instituters, I guess that’s one problem solv–Wait… what’s that you say? They still aren’t satisfied? Color me shocked!

We are seriously concerned about whether the subcommittees being established will apply the same standards fairly and equally to all faculty. In particular, we will be looking at the make-up of the various committees to see if they are as ideologically one-sided as the ad hoc committee appointed to investigate Eric Hedin.

I’ll give you a second to recover from the fact that the Discovery Institute is accusing anyone else ever of being “ideologically one-sided.”

Christ. Now they’re going to sue Ball State? According to The Star Press, the Institute wants the qualifications of three other faculty members to be investigated in what appears to be retaliation for the FFRF questioning the qualifications of Hedin, the science teacher who was reportedly touting Christianity in his science class.

I don’t want to jump to any conclusions about the Dangerous Ideas course because I haven’t seen the course description. However, I do think that there is a massive difference between teaching students that science must destroy religion and teaching students that someone said “Science must destroy religion,” which seems a more likely subject matter for an honors English course and something worth debating.

Assuming the latter is what’s really going on here, I don’t think the Discovery Institute really has a leg to stand on. I would love for Gora to take this opportunity to take another stand for academic integrity.

Gora is conferring with BSU’s board of trustees before giving a response to the Institute’s letter later this week.

October 7, 2013 Yale Humanist Community Applies for Official Recognition from Campus Ministries... and Gets Rejected
""Intimate relationship with your father"? Is she promoting incest?"
sneakiki A Christian Bigot Is Furious That ..."
"Some people just need a bit more culture!Honestly, I'm still hoping he does go ahead ..."
Joan D'Ork (Gonzoline) Rick Wiles: A “Satanic Zionist Power” ..."
"Well, the special effects really look great, and while I don't mind at all seeing ..."
CorporalKlinger Christian Nationalist Preacher: God Will Soon ..."
"Hate blinds you more than mas-tür-bating, if only they would get that."
CorporalKlinger Rick Wiles: A “Satanic Zionist Power” ..."
Browse Our Archives
What Are Your Thoughts?leave a comment