Answers in Genesis’ Ken Ham is taking a page from the atheist playbook and putting up some billboards of his own in San Francisco and Times Square to promote… Creationism? No, that’s not it… his museum? Not quite…

Actually, the billboards’ message pretty much boils down to: “Suck it, atheists.” 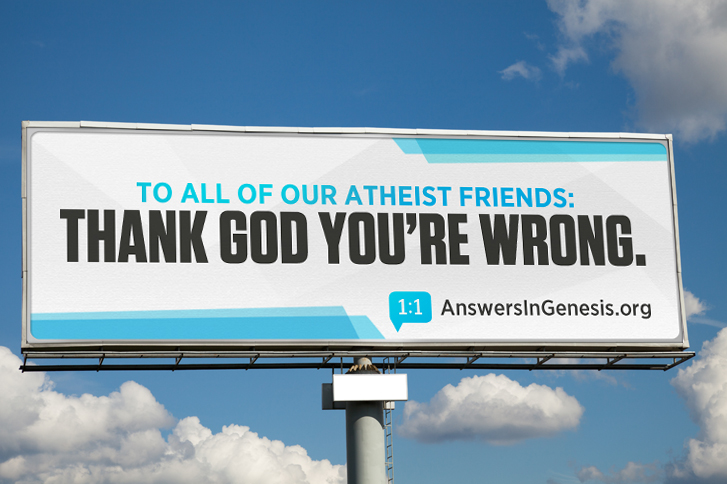 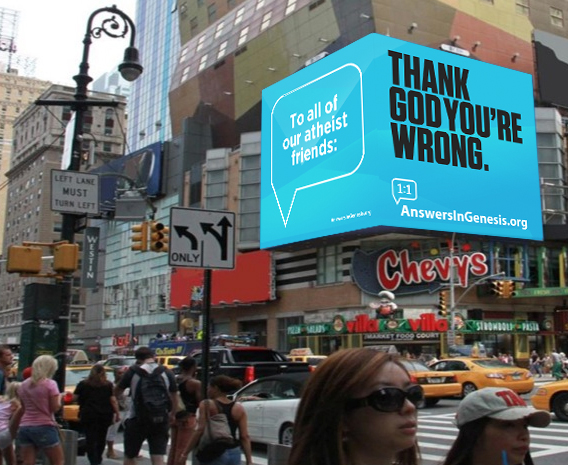 I’ll give him this: He has the money to put the messages up in places where they will spur discussion. He might even get national media coverage.

Here’s the problem, though. When the kind of people who tend to live and work in San Francisco and Times Square visit Ham’s website to learn who’s “right,” they going to run into his version of Young Earth Creationism.

So enjoy the media attention while it lasts, Ken, because the aftertaste will be bitter.

October 7, 2013 15 More Things Christians Should Never Say to Atheists
"actually, I read that some of the men who stormed the capitol got turned in ..."
Gwen Pryce This Christian’s Theory About Juries Would ..."
"THAT is a very damned good question and worthy of a proper answer."
Troublesh00ter McEnany: “I Never Lied” in the ..."
"Actually, it sounds like he could be talking about the separation of church and state. ..."
Gwen Pryce This Christian’s Theory About Juries Would ..."
"I think we need to make a distinction between homeschooling and distance education. There may ..."
San_Ban This Homeschooled Christian Was Told to ..."
Browse Our Archives
What Are Your Thoughts?leave a comment