Dr. Ed Shadid, a current Oklahoma City councilman, is running for mayor and has a bit of an uphill climb ahead of him since he’s running against the incumbent, popular Mayor Mick Cornett‎.

It’s worth noting, though, that Shadid is courting the atheist vote. According to a now-deleted Tweet, Chas Stewart of the Oklahoma Atheists Godcast mentioned that Shadid attended one of his group’s events.

You don’t see that happening often, especially in a state like Oklahoma. It doesn’t mean Shadid is an atheist himself, but so far, his visit doesn’t seem to have hurt him. Progress!

Now if only Shadid would stop talking about how he wants to raise property taxes and taking pictures with children wearing shirts with the words “Penis” and “Vagina” on them, he might have a better chance of winning this thing: 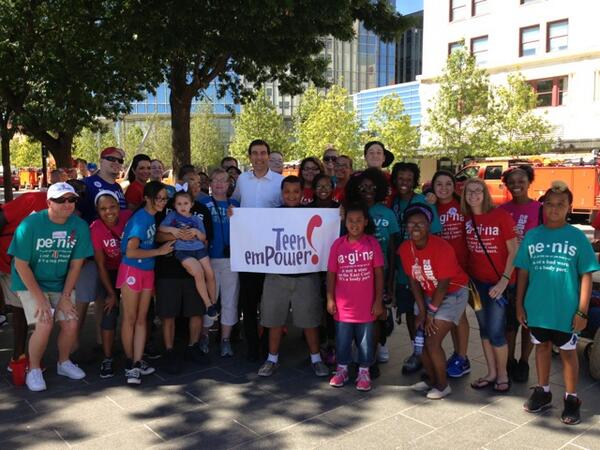 (Thanks to Scott for the link!)

October 6, 2013 Wearing Jesus & Mo Shirts Doesn't Mean You're Discriminating Against Christians and Muslims
Browse Our Archives
What Are Your Thoughts?leave a comment