After Maine School District Allows Christian Ministry to Preach to Students, the ACLU Demands an Apology

When a group called Life Choices Ministry says it wants to offer schools in your district an assembly on subjects like broken relationships and abstinence, how aloof do you have to be to not realize they’re subtly trying to preach Christianity?

And how do you miss the red flags when their sponsors included Chick-fil-A and Hobby Lobby? 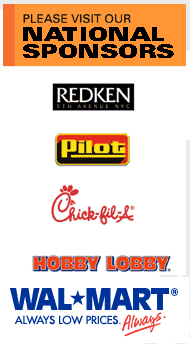 And how are you not tipped off when you see a list of endorsements coming from the likes of President George W. Bush, Speaker of the House John Boehner, and Rep. Todd “legitimate rape” Akin? 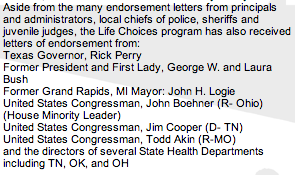 And did you miss how the ministry’s website includes a number students can call if they’re “struggling with homosexuality” — a number that leads to, of all places, Exodus International, a group that long claimed it could turn gay people straight?

Somehow, Biddeford school district Superintendent Jeremy Ray missed or ignored all those warning signs when he, along with principals Charles Lomonte and Jeremie Sirois, gave a green light to Pastors Debbie Phillips and husband John Phillips to speak to the students.

Guess how that worked out?

Exactly as anyone with half a brain would expect it to go:

The Life Choices Ministry presentation at Biddeford Middle and Biddeford High included multiple references to “Jesus Christ our Lord and Savior,” “God,” and “being killed for Christ.” In addition, the assembly included video footage of dead high school students, taken from the Columbine massacre, as well as a graphic account of the murder of one of the students at Columbine (Rachel Scott, the niece of the presenter). Finally, the assembly included a song promoting abstinence-only sexual education, entitled “Don’t Give Your Love Away.”

Thankfully, the ACLU of Maine is on top of this. They’re not suing. Yet. It might just be an honest mistake… (cue laughter). But all they want right now is an apology from the administrators involved:

We request that you issue an immediate apology to the students and faculty at your schools for violating their First Amendment rights, and that you commit to not inviting the Life Choices Ministry or any similar entity to minister to students in your charge again. Please respond to this letter by November 4, 2013, or else we will be forced to pursue other avenues.

The Superintendent hasn’t budged yet. Instead, he’s giving half-assed pseudo-apologies that involve phrases like “if anyone was offended”:

“These presentations were promoted as relating to the tragedy at Columbine and as supporting tolerance, school safety and respect toward others,” he said. “The programs did address these issues as well as student self-worth and the dangers of bullying. These are important messages relating to student safety that the school department is committed to sharing with students.”

Ray said he is sorry if anyone was offended by the presentation and “it wasn’t our intent to do anything wrong.”

I’m sure there were some worthwhile messages in there, but that doesn’t excuse the blatant illegal proselytizing. You can’t ignore the elephant in the room. (“Other than that, Mrs. Lincoln, how was the play?”)

Even if the presentations were paid for by private sponsors and not the district, that doesn’t take away that fact that teachers had to lose class time so that students could attend the Christian presentation.

Incidentally, the same presentation was given to another Maine school a day before the Phillips visited Biddeford — and it was sponsored by a local church. Days before the assemblies took place, Debbie Phillips appeared on a local radio show hosted by the man who paid for her group’s Biddeford visit and even admitted the religious nature of her presentations (referencing her niece, Rachel Scott, who was killed during the Columbine massacre):

“You can’t tell the story of martyrdom without heaven showing up. That’s just going to happen.”

The district is getting off easy here. The ACLU is doing them them a huge favor by asking for nothing more than an apology and a promise to never do this again. It would be foolish for Ray, Lomonte, and Sirois to act like everything was perfectly fine and their decision-making is sound. They’re as culpable of allowing this to happen as the Phillips are for lying about the true nature of their presentations.

They have until November 4 to respond to the ACLU. If they’re smart — and the evidence we’ve seen here suggests otherwise — they’ll apologize before the end of the weekend.

(Thanks to Jasper and Jane for the link!)

October 5, 2013
Pennsylvania Legislator Proposes Legislation to Put 'In God We Trust' Sign in Every Public School in the State
Next Post

October 5, 2013 Foundation Beyond Belief Announces Q4 2013 Slate of Charities
Browse Our Archives
What Are Your Thoughts?leave a comment