The Only Sin Here is the Price of the Burger October 4, 2013 Hemant Mehta

The Only Sin Here is the Price of the Burger

Kuma’s Corner, a burger joint on Chicago’s north side, has created a burger that’s not only offending people, but also spurring religious conversation.

That’s what happens when one of your toppings is a communion wafer: 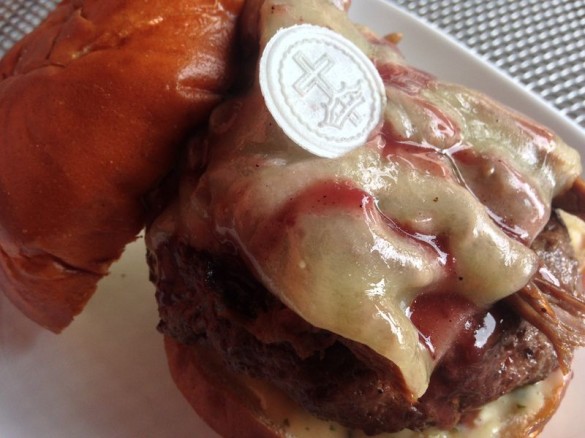 Kuma’s Corner… is featuring a 10-ounce burger topped with a red wine reduction and an unconsecrated communion wafer, a menu item that, depending on whom you talk to, is either tasty or in poor taste.

The Ghost, named after the Swedish metal band Ghost B.C., costs $17 and comes with fries, chips or a side salad. In addition to the ingredients that ostensibly represent the body and blood of Jesus, the burger served on a pretzel bun includes a portion of slowly braised goat shoulder, aged white cheddar cheese and Ghost chile aioli.

$17 for a burger and fries?! It might be edible, but I’m having a hard time imagining a burger that’s $17 good. (Then again, I’m also vegetarian.)

To no one’s surprise, some Catholics are acting like a mortal sin has been committed:

“It’s not the Eucharist, but it’s still symbolic,” Young said. “For us as Catholics, the Eucharist is more than a symbol, it’s a sacrament”…

Keir Norwell, who works in Chicago, is a past Kuma’s customer who also wasn’t thrilled with the new menu item.

“It … came off that what was being presented was not as offensive to me as much to my God and my savior,” Norwell said on the phone after posting his disapproval on Facebook.

It’s hard to empathize with people who think a cracker garnish is only a few magic words away from turning into Jesus. (Obviously, a consecrated wafer wouldn’t have actually been a problem either, but at least I would understand if Catholics were annoyed.) Do they get this offended by groceries stores, too? Because those places have shelves upon shelves of unconsecrated crackers just waiting to be eaten.

The issue here isn’t one of anti-Catholicism. It’s this notion that, if one group of people revere a silly symbol, we all have to treat it with the same level of respect. Maybe I would be more opposed to this if I thought the owners of the restaurant were actively trying to offend Catholics, but they’re not. They’re just having some fun, playing off the word (and band) Ghost, and Jesus is the most famous ghost of them all.

Maybe it’s the atheist in me that I just don’t get too worked up over symbols, especially when they stand for something so unreasonable. 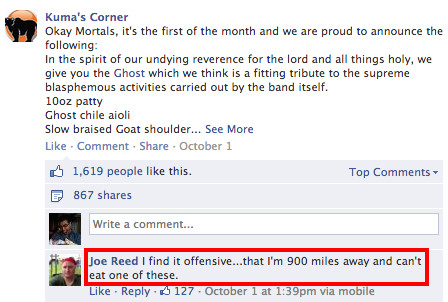 October 4, 2013 An Atheist's Message to the Christians Who Want to Convert Him
Browse Our Archives
What Are Your Thoughts?leave a comment