How Many Frogs Were on Noah’s Ark? A Creationist Researcher Claims to Have An Answer October 3, 2013 Hemant Mehta

How Many Frogs Were on Noah’s Ark? A Creationist Researcher Claims to Have An Answer

We know exactly how many frogs were on Noah’s Ark.

There were zero frogs.

Also, there were zero humans and zebras and giraffes because the Great Flood didn’t happen.

But that didn’t stop Tom Hennigan, a professor at (Christian) Truett-McConnell College, from speculating otherwise in the Creationist Answers Research Journal. 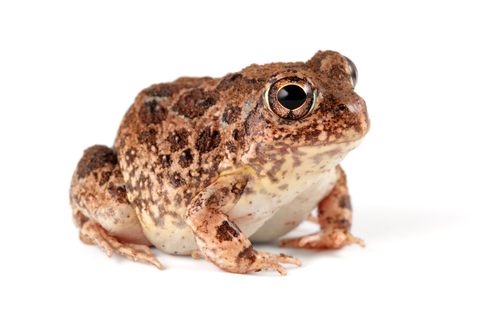 Most of his paper consists of descriptions of different kinds of frogs and whether or not they may have been on the boat, with summaries like this:

… Though mostly aquatic, there is no reason that Noah could not have had these on board. Because of respiratory anatomy, doubts about Flood survival hardiness, and to avoid underestimating Ark kind numbers, I include them until further data shows obvious post-Flood diversification from other terrestrial anuran taxa.

… Because of their unique dermal brooding, respiratory anatomy, my desire to avoid underestimating Ark kinds, and relative ease of keeping in captivity, I include them in the Ark as a kind.

… They are explosive breeders and mate when heavy rains form large pools. Because of their uniqueness I include them as a separate Ark kind.

This goes on for a while.

Until we get to the conclusion:

With the above in mind, I tentatively place the number of extant anuran kinds on the Ark at 140. Whatever the number actually was, it is clear that frogs and toads represent the amazing diversity that is consistent with the Creator’s triune character and the creative wisdom required to build fascinating creatures with the ability to persist and thrive, in a fallen world.

So there you go. 140 different kinds of frogs on Noah’s Ark.

Unless you’re reading the PDF version of his essay in which case the number is actually 139. (But who’s counting?)

But none of it really matters since all of diversity reflects the imagination of God. And something something sin.

I can’t wait for Hennigan’s next paper when he speculates on the number of bones in a Minotaur’s body.

October 3, 2013
Should Hobby Lobby Be Boycotted For Not Selling Hanukkah Supplies?
Next Post

October 4, 2013 Is Barack Obama an Atheist?
""Our bike?"To paraphrase James T. Kirk, "Why does God need a motorbike?""
John Christian “Prophet”: Jesus Rode on My ..."
"see, folks like him is exactly why saying christian = terrorist isn't wrong to say.these ..."
mfm420 Pastor Tony Spell: “We Refuse to ..."
"It's difficult when you don't think you exist."
muttpupdad Pastor Tony Spell: “We Refuse to ..."
"I understand an appreciate your up vote. Have a great day!"
Mark Landes Christian Author: God Sent COVID to ..."
Browse Our Archives
What Are Your Thoughts?leave a comment