Creationist Criticizes Atheists for Assuming Something is Wrong ‘No Matter What Evidence is Before Them’ October 1, 2013 Hemant Mehta

I know the Creation Museum’s Ken Ham is an easy punching bag for reality-based websites, but this is just pure gold.

Look at how he criticizes atheists for offering an opinion on an upcoming 3-D movie about the Book of Genesis before they’ve seen it: 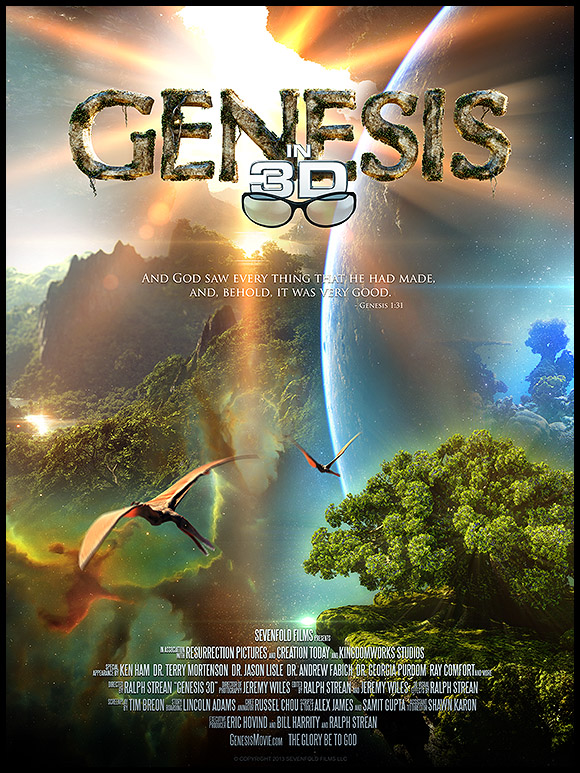 As we have come to expect from most atheists, they are already against a message before they even see and hear it! That’s because they have decided that no matter what evidence is before them and no matter what someone argues, if it has its basis in the Bible, it’s wrong regardless!

They’re ignoring the evidence no matter what it says!… says the man who doesn’t give a single damn about the mountains of data supporting evolution.

… if Christians use the latest technology to produce first-class museum exhibits and a startling movie to teach people the truth of God’s Word, well, that’s not OK for atheists because they have already decided Christianity is false.

“That’s not OK”? I don’t recall a single atheist — including the one he cited in his piece — saying they were boycotting or trying to put a stop to the movie. He quoted American Atheists’ Dave Silverman saying that Christians do flashy things like this to imply validity to their beliefs. That’s it.

But if Ham wants to cast a light on those who criticize something before ever seeing it, he might want to check out his own archives. Here’s Ham just last week criticizing those who join “atheist churches” — which he knows nothing about:

… why would atheists do such a thing? If there’s no God, what’s the point? If when you die that’s the end of you and you won’t ever know you even existed, then why bother with starting a church? Why would atheists like these be so active in such a meaningless project?

He then said atheists were joining the Sunday Assembly because they secretly believed in God.

All of that escaped Ham. Not that you’re surprised. He added, though, that Silverman’s critique didn’t really even matter:

… why should an atheist like Silverman even care anyway? After all, within 100 years, according to Silverman’s atheist religion he will cease to exist when he dies! If that’s so, he will never know he did exist — so why care? As I’ve said many times, atheists do care because their heart is crying out that there is a God!

So atheists should not care about anything ever because we’re mortal.

Logic 101 coming from the man who thinks the only implausible thing about Jurassic Park is the actual idea of the Jurassic.

October 1, 2013
The Birth of Speaking in Tongues
Next Post