But that juxtaposition of godless and joyful is what the Center for Inquiry is offering in its latest major ad campaign: 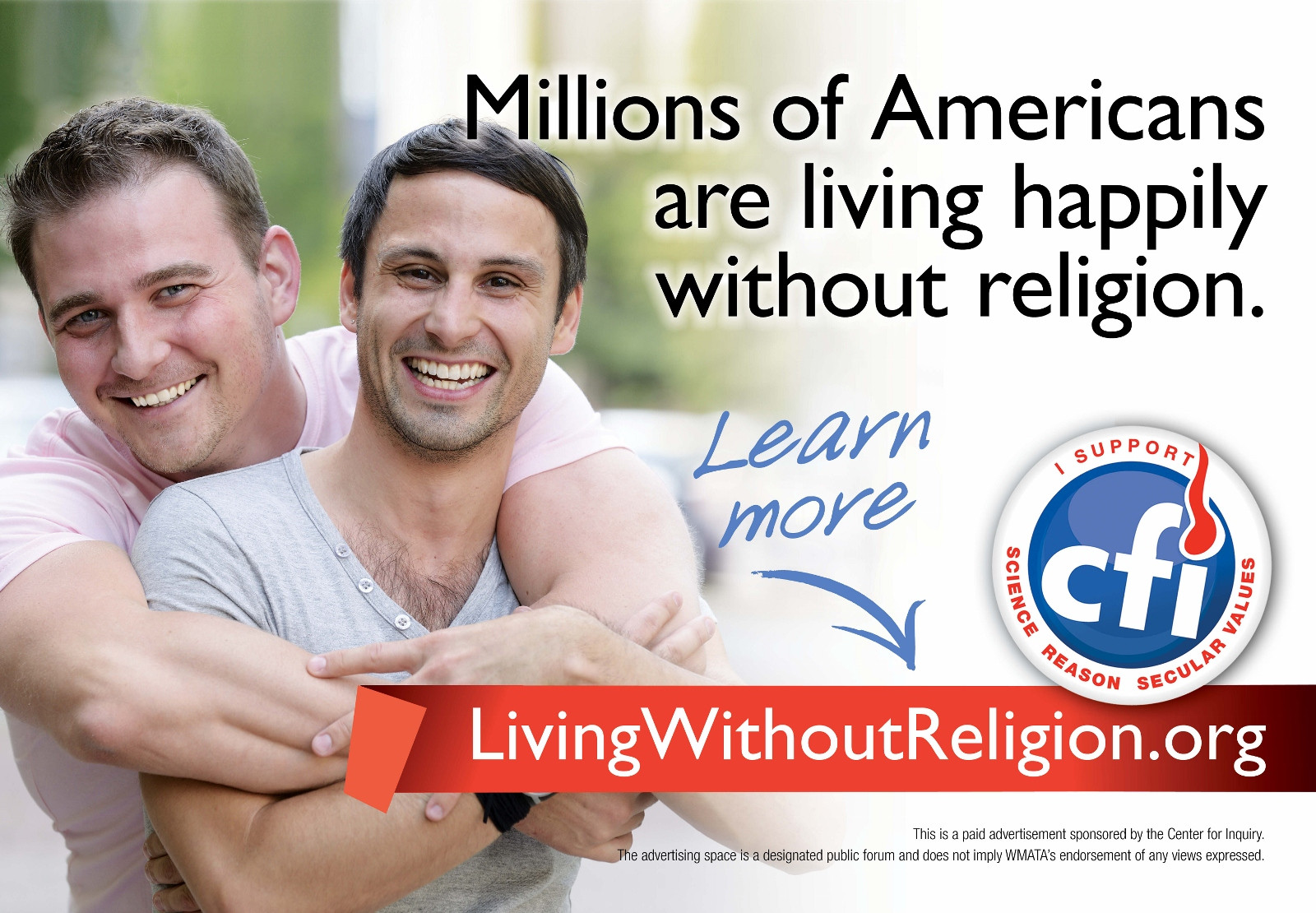 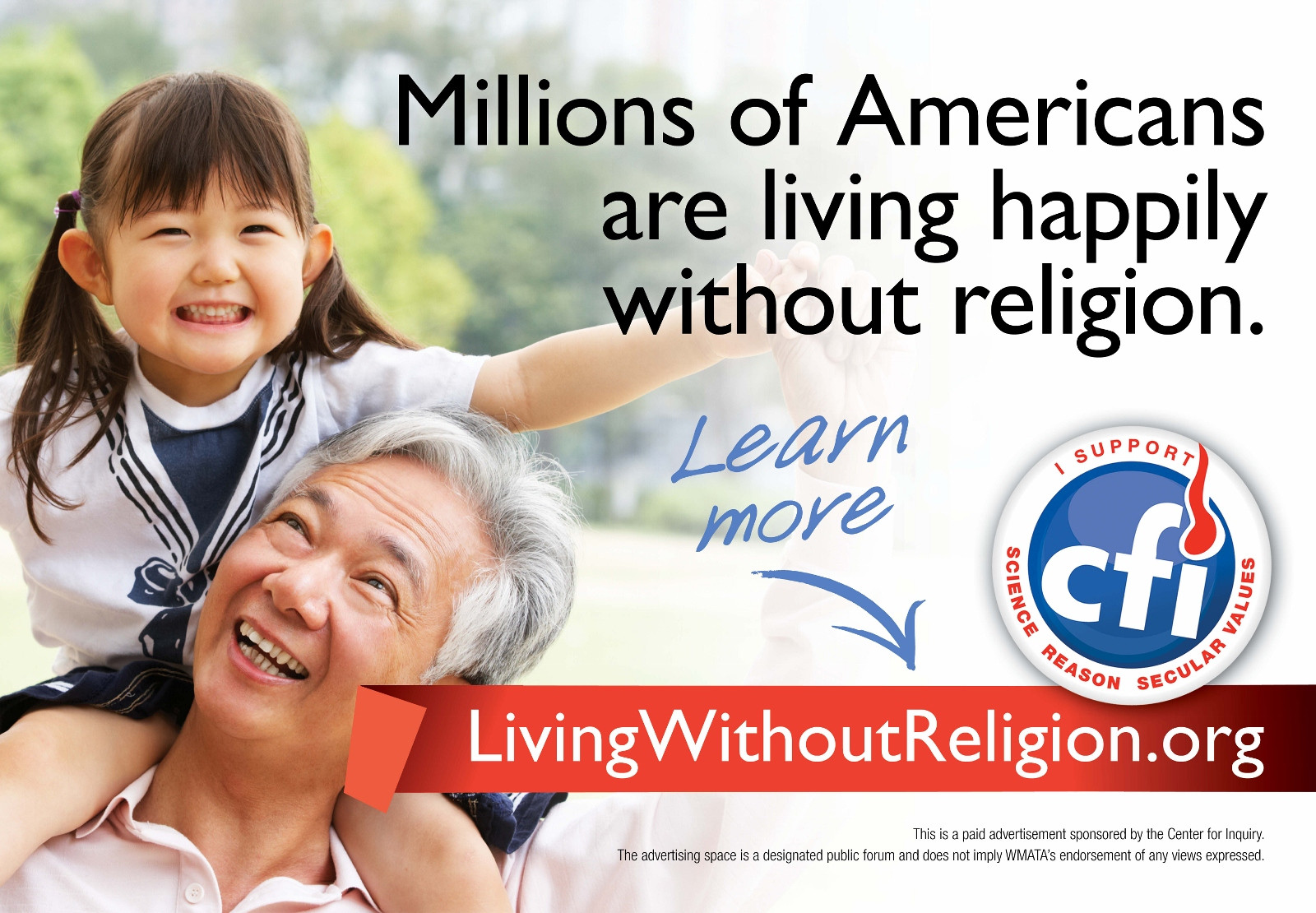 The ads ask viewers to visit the Living without Religion website (http://LivingWithoutReligion.org), which offers inspiring insight from real Americans who do not believe in God and who find hope and purpose through the values of secular humanism. “We are part of the natural world,” states the campaign website’s introduction. “We marvel at the vastness of the cosmos, and we relish our place within it.”

“We hope that this campaign speaks to those who doubt the claims of religion, but have not yet left religion behind, perhaps concerned about what they might be giving up,” said Ronald Lindsay, president and CEO of CFI. “We want them to know that there are millions of people just like them, leading lives full of love and wonder, with a deep feeling of connection to the world around them.”

The ads will appear on billboards, buses, and bus shelters starting today in Indianapolis, Grand Rapids/Detroit, New York City/Harlem, and Washington, D.C. — all cities with active CFI branches. The cost of the total campaign is roughly $50,000.

The website for the campaign also includes some helpful infographics that are bound to give pastors nightmares: 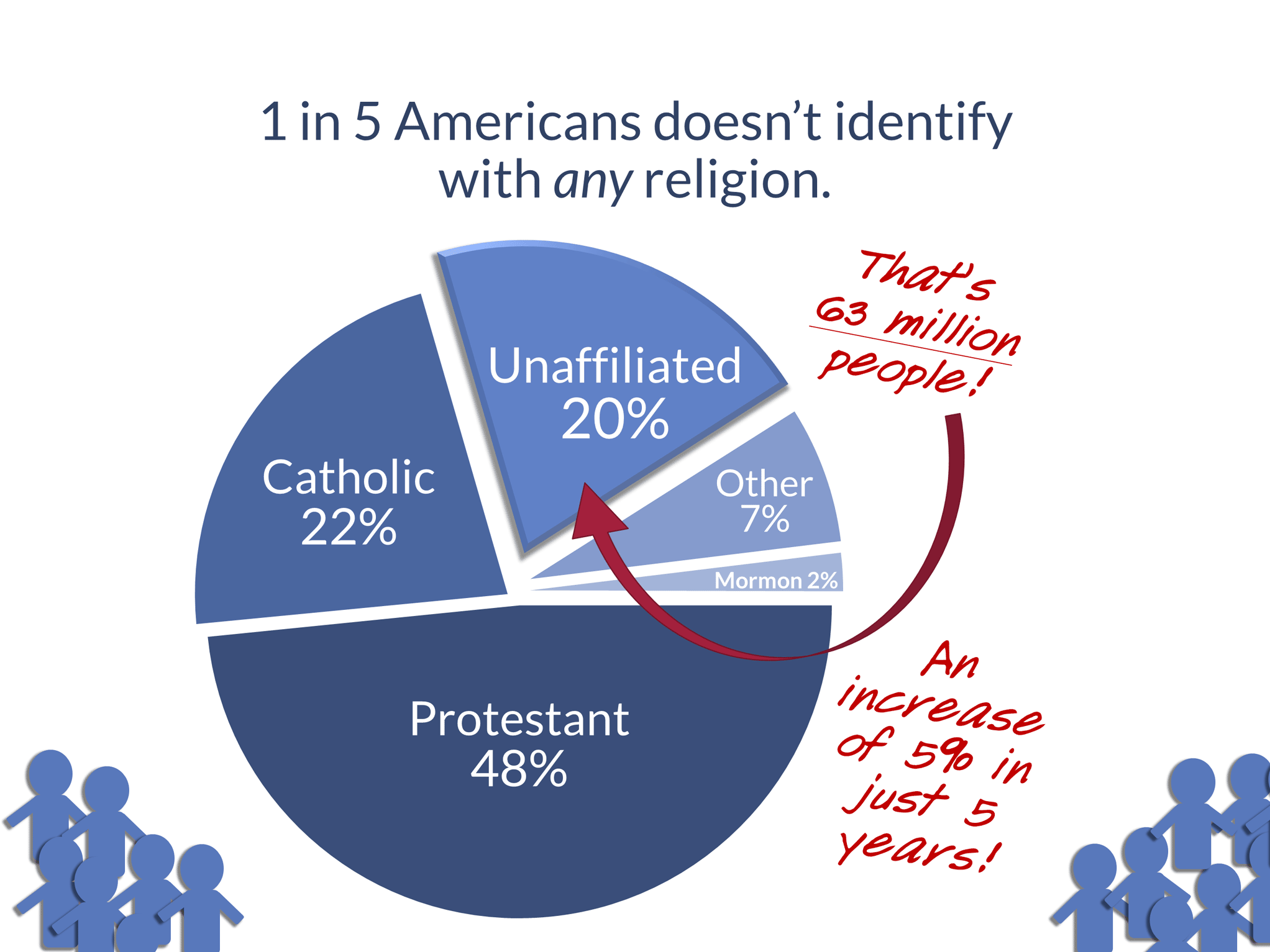 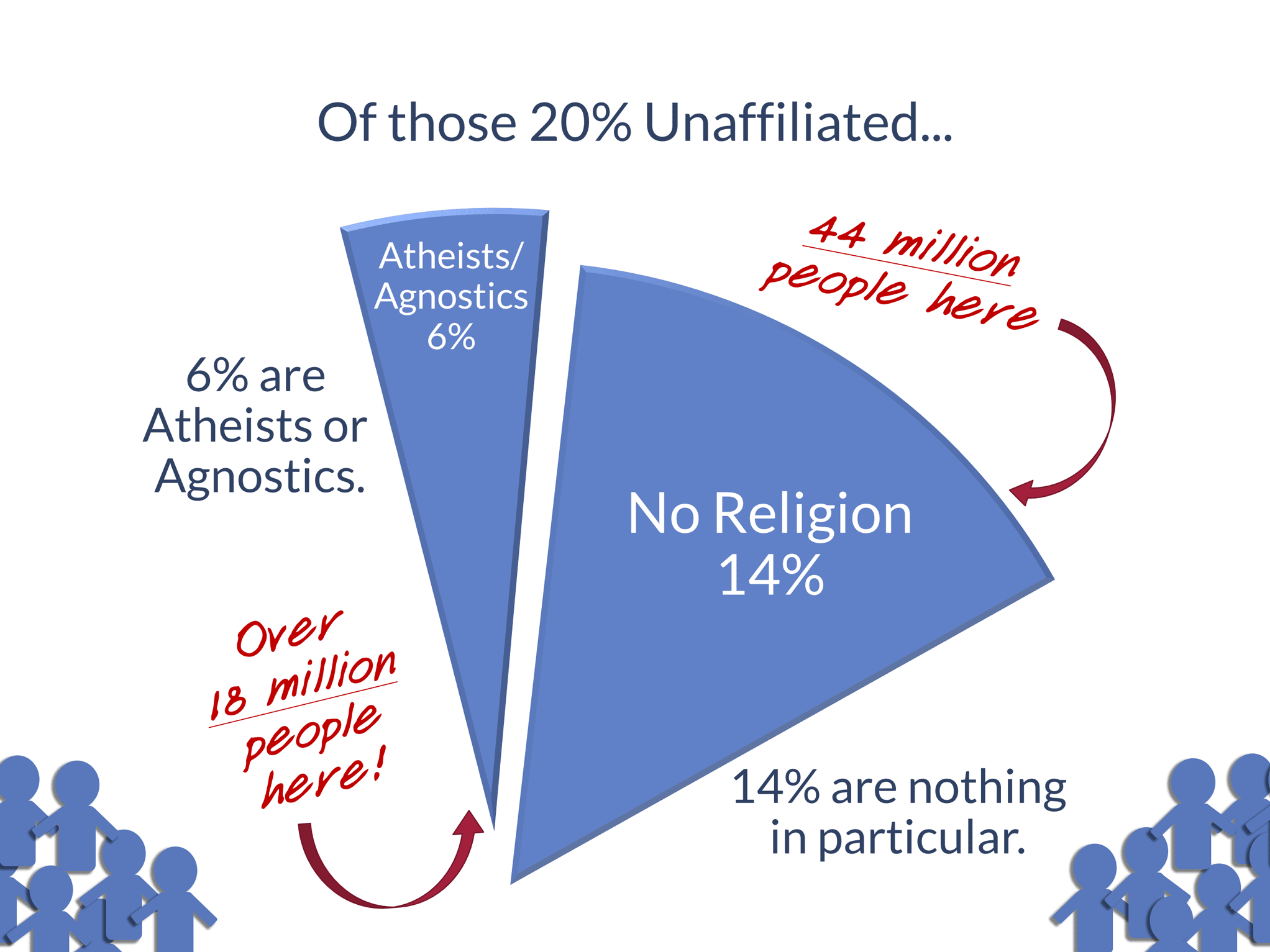 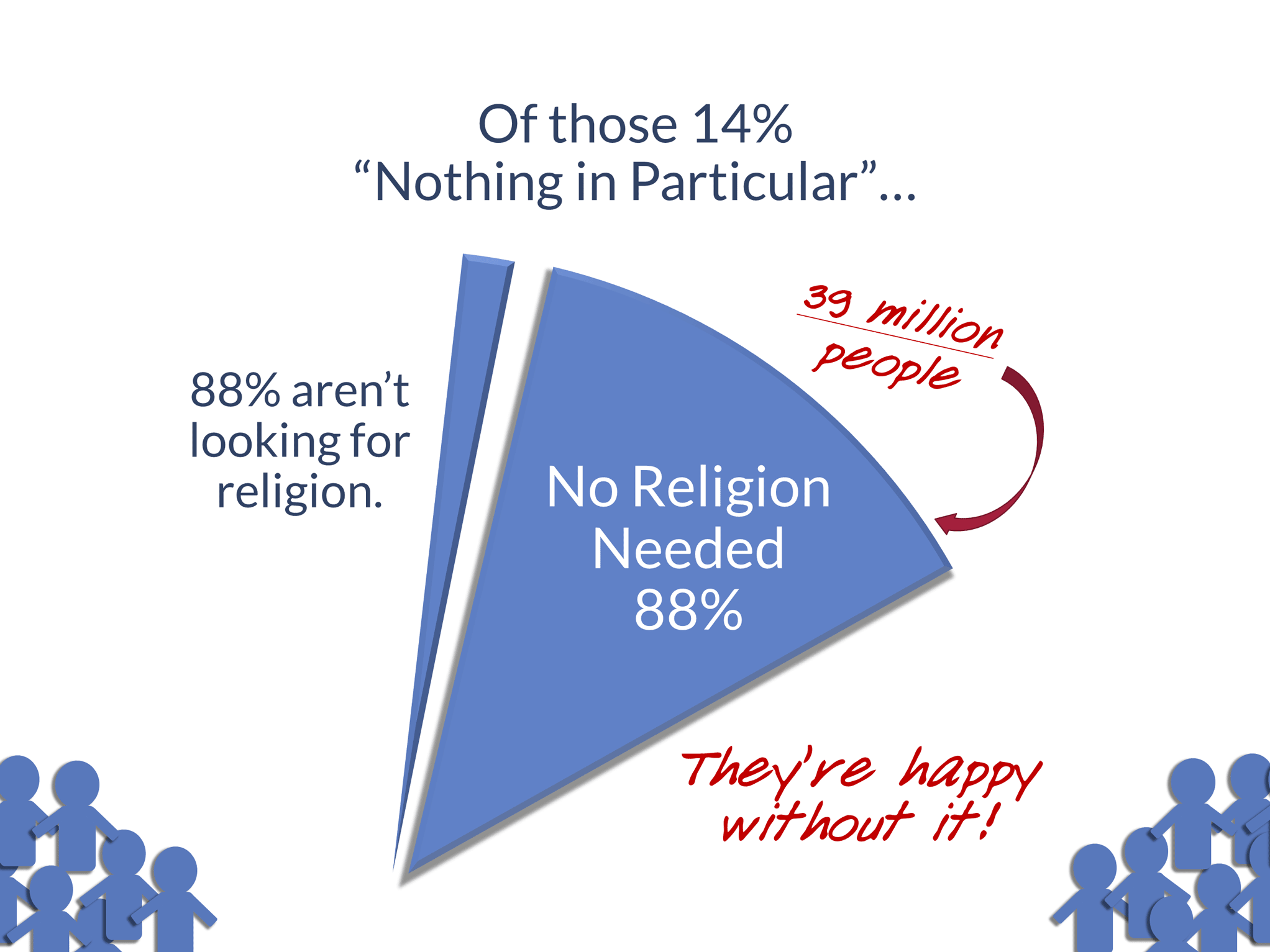 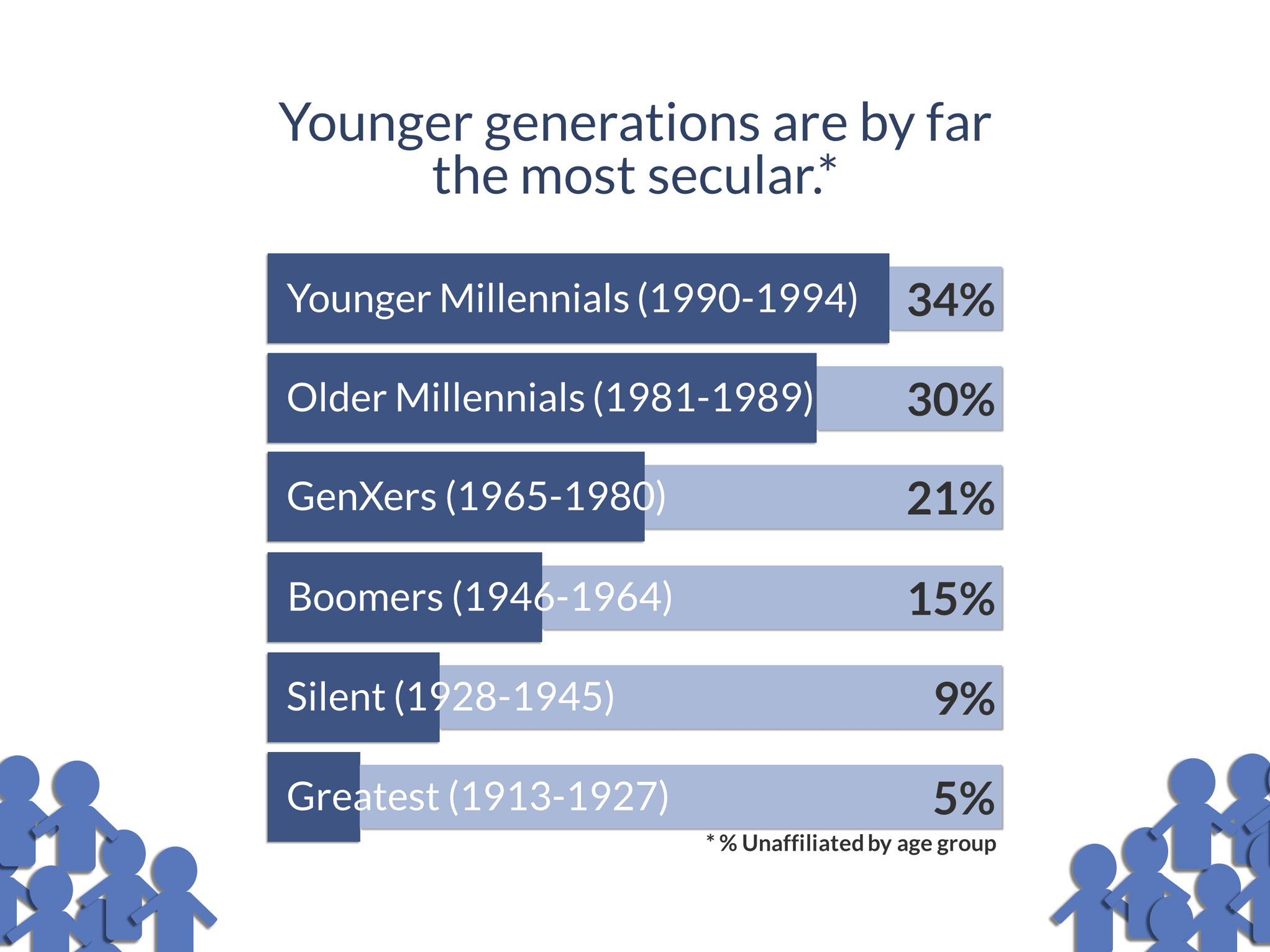 CFI is asking that supporters use the hashtag #WithoutReligion on Twitter and Facebook (i.e. “I feel like an integral and unique part of the universe #WithoutReligion”).

Remember, above all things, this is a campaign to extol the virtues of Humanism, the positive side of atheism. It’s really not anti-God or anti-Religion, even though you know local media outlets will make it sound that way.

It’s worth noting that, just over two years ago, CFI ran the same sort of campaign, all about how atheists everywhere were living happily without religion:

Somehow, people flipped out over that, calling it “anti-God” and “anti-Religion.”

Will the reaction be the same this time around? We’ll find out soon enough.

CFI definitely deserves praise for its excellent ad design (yep, even I’m saying that) as well as for using a diverse group of people for the ads.

September 30, 2013 Community Theater Cancels Production of 'Inherit the Wind' After Local Creationists Complain
"It will probably also make some purple states solidly blue and even make some red ..."
Wookie Monster Poland’s Top Court, Overrun by Conservatives, ..."
"First same-sex parenting is treated as a monolith rather than being broken down into different ..."
cdbunch Pope Francis Now Supports Civil Unions ..."
"I still do not understand the existence of Slavic Nazis. Germans in those days gated ..."
Akira625 Poland’s Top Court, Overrun by Conservatives, ..."
"There's ... there's clear masks. If you think God wants everyone to see your face, ..."
Feminerd Idaho Cops Arrest Maskless Christians Who ..."
Browse Our Archives
What Are Your Thoughts?leave a comment