Canadian radio broadcaster Michael Enright wrote an essay yesterday in which he blasted atheists for not having a sense of humor and talking about it so damn much: 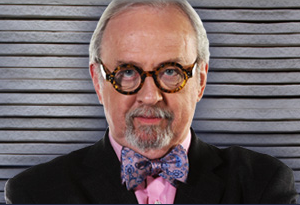 It’s not that atheists don’t believe in God. That’s fine. It’s not against the law. Atheism is a coherent system of beliefs arrived at, I am sure, after some very serious and sober consideration.

Atheists are not being prosecuted or silenced. They are lovingly tended by media interviewers, me included, and their nuanced arguments are politely acknowledged.

The problem to me is that they won’t shut up about it.

The public, endless public profession of atheism to me reflects a whiny, whinging self-pitying narcissism.

In the last ten years or so, atheism has taken on some of the elements of fundamentalist Christianity.

Maybe he doesn’t get it because he’s Canadian. But on the off-chance he’s put more than a second of thought into this, then his ignorance is staggering here.

Atheists aren’t being prosecuted (or persecuted) or silenced? Tell that to Asif Mohiuddin and the relatives of the assassinated Dr. Narendra Dabholkar Too foreign? Then talk to the young atheists whose administrators put up barriers to them starting groups on their campuses or punish them for not standing up for the Pledge of Allegiance. Or try speaking with all those atheists in Congress. (I’ll wait.) Or realize that several states’ constitutions still ban atheists from holding public office, even if those laws can no longer be enforced.

We’re lovingly tended to by the media? Tell that to Joe Klein of TIME magazine who incorrectly and unfairly maligned atheists with a throwaway line about how we’re never seen doing volunteer work after disasters. Tell that to commentator S.E. Cupp who said she would never consider voting for an atheist (despite being an atheist herself) or pundits who said there are no atheists in foxholes.

There’s a reason we don’t shut up about it. Religion has a stranglehold over the majority of our country as well as our policies. It’s religion that’s used to block women from controlling their own bodies and gays and lesbians from getting married. We can’t count on Christians to do the right thing, though some try, so we speak up, online or (if we can) in person. And you know what? We’re better off because we refuse to be silent.

It’s not narcissistic to say you’re an atheist when everyone around you has no problem wearing their cross necklaces, talking about how they’re praying for good luck or baptizing their children, and there’s a church on every block. Enright is so used to being in the majority that, when people in the minority say they’re different, he’s taken aback and finds something wrong with it.

And this idea that we’re like fundamentalist Christians, that we desire to miseducate children despite the evidence, that we want our country’s laws to reflect our own beliefs, that our lives revolve around a poorly written book, is just plain lazy. If you give us evidence that God exists, we’ll change our minds. If you give a fundamentalist Christian evidence that the Bible is wrong, they don’t care; the Bible says it so it must be true. Enright’s line says less about atheists and more about fundamentalist Christians who are so often used as a basis for comparison for other groups who are supposedly unlikeable and annoying.

If Enright ever loses his job for producing tripe like this, I’m sure he can find work on this side of the border at Fox News Channel or any of the Christian radio stations or TV stations that atheists don’t have, either.

(Thanks to Phyl for the link!)

September 30, 2013
The People of Cranston, Rhode Island Still Hold a Grudge Against Jessica Ahlquist
Next Post

September 30, 2013 'Millions of Americans Are Living Happily Without Religion,' Declares New Atheist Ad Campaign
"That last prophet of shit, Mark Taylor, posted a lot of "prophecies" from the mouth ..."
Wesley Mahan These Christians All Predicted Trump’s Second ..."
"Or if they hadn't met, or hadn't had sex9 that particular moment, or if her ..."
San_Ban Sparking Outrage, Australia Will Honor Anti-Gay ..."
"Be well"
Snowflake Christian Liar Sarah Huckabee Sanders Announces ..."
"The only real thing I'd like Norway to do would be to adopt me...."
starskeptic A Christian Wants Norway to Stop ..."
Browse Our Archives
What Are Your Thoughts?leave a comment