Graveyard of the Gods

The University of North Georgia Skeptics Society held an illuminating event on campus this week, one that can and should be copied by other campus groups, especially with Halloween approaching.

They called it Graveyard of the Gods. It featured the tombstones of a number of ancient gods we now consider mythological. It also raised an important question: What’s stopping Allah and Yahweh from joining the mix? 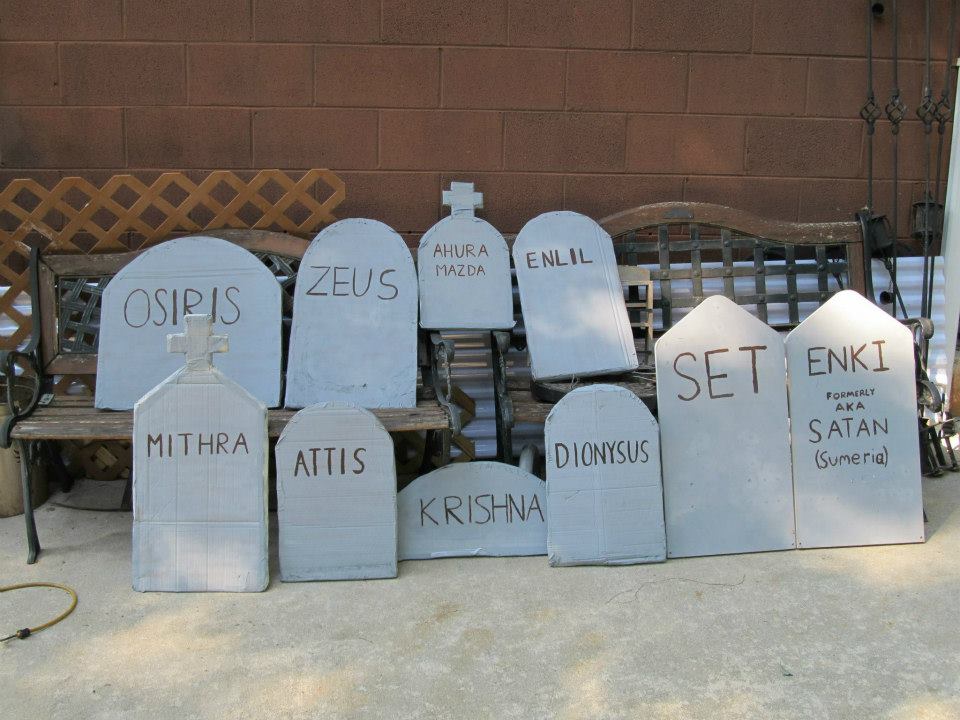 “The important thing to note here is that religions come and go like fads or trends. In another thousand years, the big three [Christianity, Judaism and Islam] could very well migrate onto this list of deceased gods and religions,” said Sam Thomas, president of the NGSS. “Who knows, they may even be taught as myth. Religions and their gods come and go, most of which are forgotten.”

Sam Thomas has a point. Gods come and go in time. It’s entirely possible that the God of the Bible will eventually be thought of the same way we think of Zeus now — a silly idea that was made irrelevant by the passage of time and the accumulation of knowledge.