This, too, is the face of religion.

After the four-day Islamist siege of the Westgate Shopping Center in Nairobi, Kenya, soldiers and first responders came upon a scene seemingly straight out of Saw or the Texas Chainsaw Massacre.

Hostages were left hanging and had their eyes gouged, others were dismembered. Others had their throats slashed or were castrated and had fingers amputated, according to media reports quoting soldiers, medical personnel and investigators sorting through the rubble of the collapsed mall. 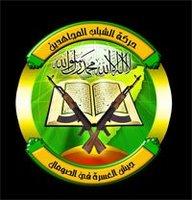 A doctor and forensics expert who examined some of the victims angrily described the unimaginable savagery:

“They removed balls, eyes, ears, nose. They get your hand and sharpen it like a pencil then they tell you to write your name with the blood. They drive knives inside a child’s body. Actually, if you look at all the bodies, unless those ones that were escaping, fingers are cut by pliers, the noses are ripped by pliers.”

… not just to bring the siege to an end, but to end the appalling suffering of hostages amid reports that hostages were raped, and others beheaded and their heads thrown out of the windows.

Al-Shabaab, the Somali-based al-Qaeda affiliate behind the attack, took to social media to announce that more carnage will follow. Here’s their merry tweet:

“The mesmeric performance by the #Westgate Warriors was undoubtedly gripping, but despair not folks, that was just the premiere of Act I.”

September 28, 2013
Pastor Who Told Gay Volunteer He Couldn't Work with Children Anymore Clarifies Decision by Saying Nothing
Next Post