The Universe Verse: The Rhyming Scientific Comic Book That You Know You Want September 24, 2013 Hemant Mehta

The Universe Verse: The Rhyming Scientific Comic Book That You Know You Want

James Dunbar has been working on a rhyming scientific comic book for several years now. It has resulted in three books — BANG!, It’s Alive!, and Great Apes! — which take us “from the Big Bang to evolution to the dawn of human civilization” and now he wants to combine them all into one high-quality edition he’s calling The Universe Verse. 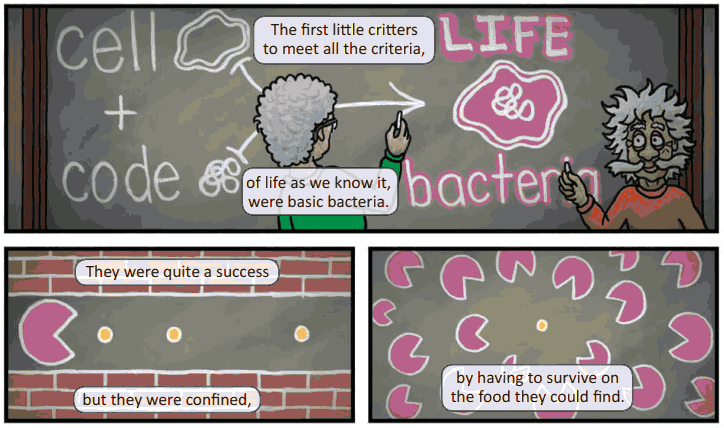 I want this. I want to have babies just so I can buy this for them.

It’s just an incredible project and a book that will be ideal for children of any age.

While James has already raised the Kickstarter funding he needs to make his book, he’s offering a lower-quality PDF version to anyone who wants to check it out — but only for another week.

In the meantime, you can still kick in some money to access the perks — like limited edition signed copies from the first printing and getting drawn into the book as a hidden baby. (

September 24, 2013
Ken Ham: Atheists Are Starting 'Churches' Because They Secretly Believe in God
Next Post

September 24, 2013 What I Wish Richard Dawkins Would Have Told Jon Stewart
Browse Our Archives
What Are Your Thoughts?leave a comment